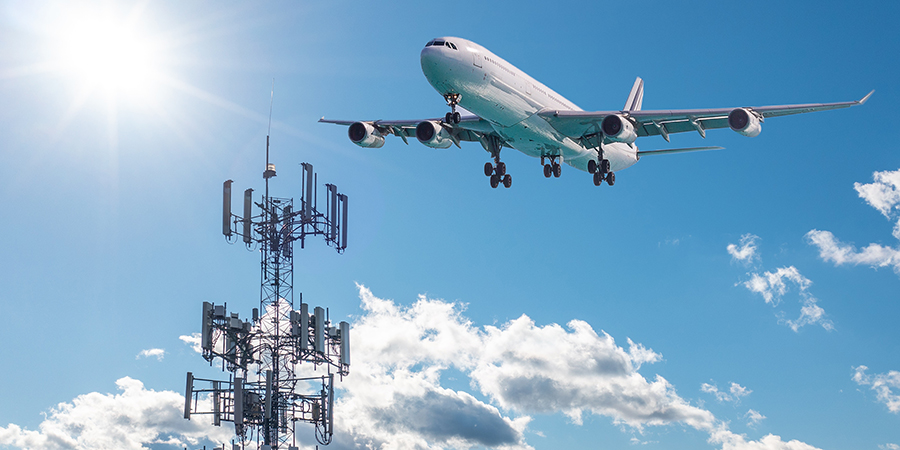 Telecom review was among the first ICT media to give straight forward opinion about 5G and its safety when it comes to aviation.

GCC countries have been using 5G near airports and even inside airports. London Heathrow airport is using 5G to enhance its services by deploying a series of application into the ground services for planes arriving.

The issue is not with 5G itself but with the C-band frequency which was used for years for satellite connectivity. All GCC and some European Airlines are flying safely with no inference on their navigation systems from Ground 5G BTS!

So why this hype now? 5G C-band deployment in the US will remain limited after leading airline groups plead that 5G is deployed not too close (approximately 2 miles) from airport runaways until the Federal Aviation Authority (FAA) can determine how its full implementation can be done without catastrophic disruption.

The main issue until today is the possibility of frequency interference that can impact signals of aircraft radio altimeters. These are critical to the operation of every commercial flight in the United States as it helps pilots determine the distance in low-visibility operations. What’s interesting now is in spite of FAA and the aviation industry’s knowledge about 5G in the C-band for years, they did little to nothing until the last minute to indicate that there was indeed a serious problem related to it.
You can read more details at www.telecomreview.com