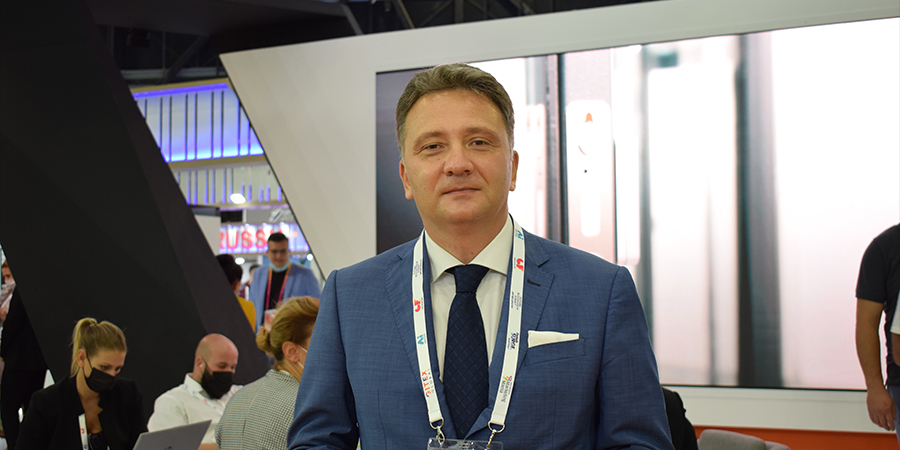 In the midst of the GITEX 2021, Telecom Review has secured an interview with Mihailo Jovanović, CIO of the Serbian government. Also serving as the current director of the office for information technologies and egovernment and the state data center, Mihailo talks about the country’s sophisticated data bank and the role of the ICT sector in the flourishing Serbian economy.

Serbia is one of the emerging tech hubs in Europe and a country with the most modern data bank. Can you tell us in detail about the country's sophisticated state data center?

As a result of the digitalization and the vision of Prime Minister Ana Brnabić that the development of Serbia’s IT sector, innovation, and investment in education and knowledge will be among the highest priorities, Serbia has achieved technological and scientific revival and a leading position in this part of Europe. We took the unique opportunity to jump a few steps in just a few years and make significant results in the era of the fourth industrial revolution.

The Government of Serbia has identified the construction of the state data center in Kragujevac as a project of importance for the Republic of Serbia. It is an infrastructure facility of regional significance, which stores data and equipment of state administration and local self-government, and where there is place for the commercial users as well.

How do you maintain efficiency, security, transparency, and privacy in this facility?

Data and applications are physically located in the premises of the state data center, where the highest standards are applied to ensure constant availability and security of data. There are 24/7 access controls to premises and devices, all equipment is redundant, communication is encrypted, data is backed up. Physical and virtual resources, as well as data, are accessed exclusively by authorized persons of the Office, and a trace of all accesses remains recorded. There is also a segmentation of access rights, so that each authorized person has access only to those data that are necessary for performing a particular job or task.

We have ensured that the data of citizens and businesses are kept according to the highest technical and security standards.

Nearly celebrating its founding anniversary, what are the key developments within the state data center?

Part of the state data center is intended for commercial users. Among the first commercial users are US IBM, VMware and Chinese Huawei, but also numerous domestic companies and institutions have signed commercial contracts. It is in Dubai that we signed an agreement with the Oracle Corporation. The agreement stipulates that Oracle invests in the establishment of its own regional data center (Oracle Cloud Infrastructure Gen2) which would offer access to the latest IT infrastructure, various cloud platforms and software as a service of this IT giant. The establishment of such a center will enable the creation of a digital hub for providing Oracle cloud services to users in Serbia, but also throughout this part of Europe and beyond.

The fact that these largest global IT companies have decided to store their equipment in our state data center only proves how much trust Serbia instills as a destination for investments, but also that Serbia has top IT experts.

Data collection, storage, and analysis are highly important in today's digital era. How will this facility keep up with the demand in the years to come?

One of the more significant projects, the realization of which completely relies on the capacities of the state data center in Kragujevac is the “smart cities of Serbia” project. Namely, this project implies the comprehensive implementation of smart solutions in all cities in Serbia, of which there are about 30. Data storage of all cities is organized precisely in the state data center. Citizens will have access to various data and information generated in these local city systems via the Internet and mobile phones. The smart cities system is open to the development of new applications and systems, especially by a large number of startups and science and technology parks. We are currently in the phase of installing a state-of-the-art supercomputer for the development and testing of AI-based solutions. Our goal is to use the infrastructure of artificial intelligence, in order to improve the work of city administrations and raise the quality of life of citizens.

Being a leader in digitalizing public administration and ensuring ICT integration, what is the role of the ICT sector in the flourishing Serbian economy?

Today, one of the largest export sectors in Serbia is no longer agriculture, it is neither machines nor cars, even though they also play an extremely important role in our economy. One of the largest export branches today is ICT services, which have been constantly growing at an annual rate of around 25% for the last 4-5 years, where, for example, in July this year alone, exports amounted to 171M EUR - even 56% more than in the same month last year. We expect that by the end of the year, the total export of ICT services will reach 1.7 billion EUR.

Serbia’s pavilion theme for Expo 2020 is also being displayed here in GITEX. Can you explain the rationale behind the theme?

Today, Serbia is completely changing and transforming. We are giving impetus to the technological revolution in Serbia. It is exactly the Serbian pavilion at Expo 2020 that demonstrates the greatness of Serbian transformation and development. One of the main topics is Vinča - an area in Serbia where our ancestors lived thousands of years ago. In Vinča, they were the first ones in the world to melt metal, and thus pave the way for the development of civilization as we know it today. So today, we continue to pave the way for a new, modern, innovative, creative and advanced Serbia.

As far as GITEX is concerned, in addition to the presentation of the state data center, prominent ICT companies from Serbia will present their solutions, services and innovations. In this way, we expect to present Serbia in the best light, gain new partners and expand our business to the global market.