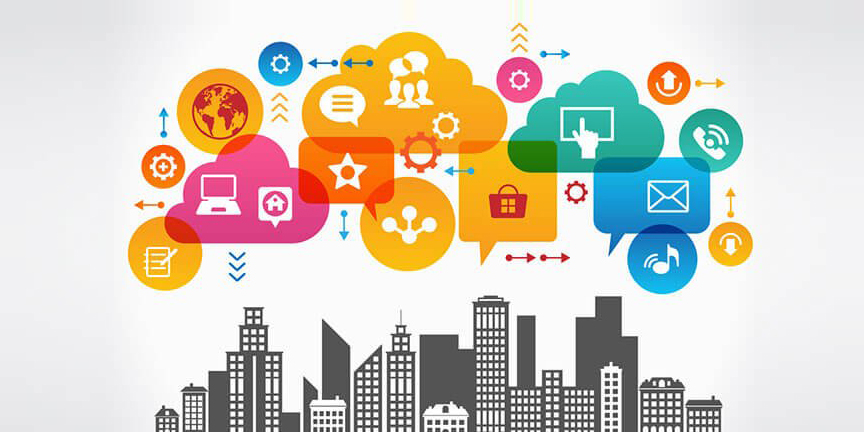 As technological innovation accelerates towards a more intelligent society, our world is changing every day. Innovations in technology and science have brought us greater convenience and have caused society to evolve but it has also created the digital gap.

This digital gap essentially creates a divide within society between tech-savvy consumers and those who are less familiar with technology. In order to achieve digital inclusion in a more cohesive society, public and private enterprises need to work towards bridging this gap.

Digital inclusion refers to ensuring that people, notably disadvantaged groups, obtain both the skills and access which would enable them to use information and communication technologies (ICT) which would inherently grant them the ability to reap the rewards of the technological age as well as today’s relentlessly growing knowledge and information society.

This is important because the access to and use of ICT dramatically improve the lives of individuals, or even communities as a whole. In this day and age, it is vital for communities to work towards becoming more digitally inclusive because it could be immensely beneficial to workforce development and the economy. Indeed, technology is a useful tool for many sectors that could really enhance the lives of citizens in terms of healthcare, education and public safety, among others.

In fact, a study by PwC outlined the economic benefits of enhanced digital inclusion and found that it improved education and employment outcomes because “individuals enhance their qualifications” and it “improves their earnings and/or their probability of finding employment”. In terms of healthcare, it found that it “improved the health and wellbeing outcomes” in more ways than one. This includes having access to top-tier medical information due to connectivity to the internet. The report also mentioned that efficiency savings for public service providers became evident and it increased the scope of products for consumers to be able to purchase more at lower prices. Indeed, the internet opens many doors for consumers.

Achieving digital inclusion within any given community requires public-private cooperation. All sectors must come together to devise a common strategy that is suitable for that respective community.

It is a fact that ICT played a crucial role in shaping our communities in the past and continues to do so. The three elements which have supported technology’s success in this respect are broadband access, broadband adoption and its application (effectively).

Since digital inclusion is all about access, efforts to increase it and bridge the gap could include –but are not limited to- public access computers, free Wi-Fi, low cost options for devices (smartphones, laptops or home computers) and the availability of broadband services (namely at a reasonable cost) which could be an issue in rural areas.

Digital literacy is particularly important when it comes to inclusion because it ensures that people know how to use technology and really understand the potential that could be unlocked through it; this will encourage them to use it more and hence raise awareness as well.

The Middle East and North Africa region, is one of, if not the most, diverse socio-economic regions in the world. It has various sub-regions within it, each with differing socio-economic ecosystems.

The Gulf Corporation Council (GCC) sub-region is comprised of the United Arab Emirates, the Kingdom of Saudi Arabia, Kuwait, Oman, Bahrain and Qatar. This region is home to some of the world’s most mature markets and MENA’s most fruitful economies. It features a majority of tech-savvy across a variety of demographics which have driven the demand for widespread state-of-the-art broadband adoption and were some of the world’s earliest adopters of commercial 5G services.

Then there’s the Levant countries of the Middle East which include Lebanon, Iraq, Palestine, Syria and Jordan while the North African countries include Tunisia, Algeria, Morocco, Libya, Egypt, Sudan, Somalia and Djibouti. These two sub-regions are also diverse within themselves, with a wide range of marginalized groups.

The Arab region as a whole, according to the ITU, has 420 million people, 49.7 percent of whom are women and 15 percent are persons with disabilities, according to the World Bank. This region has a very young population, over 50 percent of the region’s collective population are in fact under the age of 25. A particularly important factor to consider here is while some countries may be behind in their journey towards becoming a digital economy –for various reasons - the Arab region is also one within which the migrant crisis is very much prevalent. According to the UNHCR, there are currently 27.7 million migrants within the region, 9.1 million of whom are displaced refugees. This has proven to be quite challenging for stakeholders to deal with, especially governments. Integrating these segments is not easy feat.

The ITU has been relentless in its efforts to drive digital inclusion within the region. They found that mobile penetration was as high as 103.1 percent, more than 50 percent of the population had home internet subscriptions and the mobile broadband subscription rate amounted to 62.7 percent. However, it is of the essence to consider that these figures are high because the GCC countries are far more developed than its counterparts, boasting some of the highest FTTH, mobile and smartphone penetration rates in the world. So while it may look like the region is very digitally inclusive, a great deal more work needs to be put into the countries that are falling behind in this digital age.

According to the ITU’s region director for the Arab Region, Ebrahim Al Haddad, digital inclusion has been high up on their agenda.

“Digital Inclusion has been one of the key focus areas of the Arab Regional Office in recent years. We have a variety of activities that vary from direct assistance to countries, to projects, to forum and workshops and developing regional studies,” he said.

Adding that, “Apart from the activities related to ITU-UNESCO Digital Inclusion Week, we are actively promoting digital financial inclusion by assisting countries in this domain, currently Egypt and Iraq, and also this year we will launch a regional assessment study on the enabling environment for digital financial inclusion in the Arab region. On the issue of ICT accessibility, we have assisted Egypt, Sudan and currently Iraq in formulating national ICT accessibility policies in addition to organizing web accessibility trainings annually.”

The ITU has been relentless in its efforts to ensure the inclusion of women and children. This was highlighted in one of their most recent initiatives, an innovation challenge titled ‘Arab Girls can Innovate’ in collaboration with the Chamber of Information Technology of Egypt and the Arab Women Organization.

Al Haddad added, “We play a pivotal role regionally in raising awareness about Child One Protection (COP) through assisting countries in formulating COP strategies and through the various forums and workshops we organized.”

In reference to the organization’s work in developing countries, AICTO’s Secretary-General, Eng. Mohammed Ben Amor, told Telecom Review, “This is very important because digital inclusion will bring these countries into the digital age and help initiate their digital transformation.”

AICTO has been working on a variety of programs pertaining to enhancing security and encouraging more discussions on digital trust. After all, the word ‘security’ stimulates a sense of fear within the masses so AICTO prefers to use the word ‘trust’ in an effort to facilitate and encourage further integration.

“Our approach is learn and benefit from the advancements of the Gulf region and use the resources from the developing countries, which are actually quite rich in resources, then apply them to the less developed countries,” said Ben Amor.

The organization has been addressing digital inclusion for quite some time now and they plan to establish the right foundation within these less developed nations to drive them to create their own policies and develop their own infrastructure.

The MENA region is yet to unleash its full potential and advancing digital inclusion will only ensure that it unlocks this potential. On the outside, it seems that the region is quite advanced but once you divide it up into sub-regions, it becomes apparent that there is indeed a digital divide as some countries are so advanced that they have already launched 5G, while others are still deploying 4G.