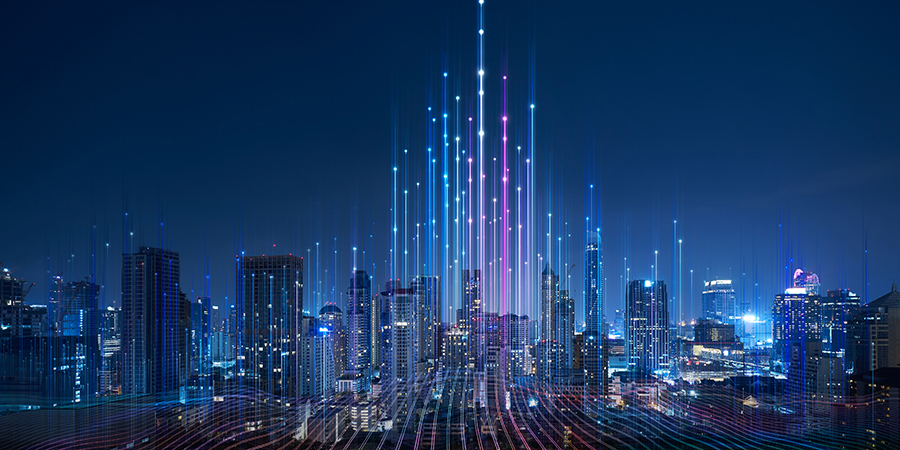 Urban environments are transforming, thanks to the powers of technology and data being harnessed to make cities safer, smarter, more efficient, and more sustainable. Considering the current situation we are in, Aziza Akhmouch, head of the cities, urban policies, and sustainable development Division, OECD said that “the pandemic is going to accelerate the rethinking of cities and how we live.”

In fact, the United Nations predicts that 70% of the world’s population will be living in cities and urban areas by 2050. Hence, smart city programs and initiatives are kicking off. The Middle East, in particular, established its reputation as an increasingly important hub for the development of smart cities and the implementation of smart technologies in urban spaces. In the MEA region alone, the amount spent by smart cities on technology is set to double from $1.3 billion to $2.7 billion by 2022, based on a report released by KPMG.

It is worthy to note that without a unified definition for a ‘smart city,’ the advantage of smart cities is not the individual solutions, but the holistic system where all solutions work together for the benefit of the communities living within them. Thus, one of the most prominent challenges for smart city development does not actually concern the creation of new technologies. Instead, it involves facilitating transformation within governments and organizations' operations through technology that leads to the creation of better cities.

Moreover, taking the emphasis out of the word “smart” and putting it on “city” might actually be the key to the success of this radical change. Aziza speaks for many when she says cities must “avoid thinking more data is the solution to everything. Smart cities need to be thought of as something more people-centered and demand-driven; the end is to improve citizen and city well-being.”

Witnessing a surge in smart city plans, the end goal should be “to have ones where people can interact while feeling safe and not intruded on,” said Juma Assiago, coordinator, UN-Habitat Safe Cities Program in relation to the security aspect that should be instilled within these cities.

Having significant investments made by various countries, specifically in the Middle East, the ambitious aims of smart cities are on the path for fulfillment. Saudi Arabia stands out, especially for its ambitious giga-project NEOM while the first smart city development in the region, Masdar City, located in Abu Dhabi is under construction. As for the UAE, with Dubai among the most recognized smart cities in the world, Her Excellency Aisha bin Bishr, director general, Smart Dubai, said that the Emirate has come a long way in establishing its position as a “global hub for technology and an exemplary smart city of the future.”

With the success of digitization initiatives globally, prevalently among the countries of the Middle East, growing exposure to the risk of cyber attacks exists. And the big catch? These attacks can hinder the progress of digitization and threaten the benefits delivered through it.

Hence, digital security must be a priority. By definition, digital security assesses the ability of urban citizens to use the internet and other digital channels freely without fear of privacy violations, identity theft, and malicious online attacks. At the city level, digital security still needs to be greatly improved for risks will multiply as urban areas increasingly pursue smart city ambitions.

Digital security – concerning the protection of smart city networks – needs to involve providing the level of safety that citizens expect and demand. This is inevitable with the ongoing urbanization. According to The Economist’s Safe Cities Index 2021, Abu Dhabi and Dubai are among the high-ranked countries for digital safety.

Despite this, Help AG, the cybersecurity arm of Etisalat Digital, revealed rather alarming results on its State of the Market Report 2021. 10 million DDoS attacks were recorded globally in 2020 and in the UAE alone? A 183% increase was recorded. Meanwhile, ransomware attacks are also on the rise, with the government, private, oil and gas, telecom, and healthcare sectors particularly affected.

Other parts of the region – Oman, Kuwait, Bahrain, Egypt, and Qatar – are also among the countries that showed a surge in malware attacks, as per Kaspersky. Bearing all of these in mind, governments within the region has each of their own regulations in addressing digital security.

Highlighting the fact that cybersecurity is not a one-man show, Nicolai Solling, chief technology officer at Help AG, said, “it takes collaboration amongst all responsible actors in the government and private sectors to improve the region’s digital security landscape.”

No doubt that for smart cities to be sustainable in the long run, digital security must be put at the forefront as operations become purely automated and intelligent.

What makes a city smart

The concept of the smart city is interconnected to the use of digital technologies. This is why a smart city should be defined less based on the solutions implemented and the number of available digital devices, but more on the optimization of its functions.

A case in point, the ‘smartness’ of a city does not measure the level of advanced technology being adopted, but how well a society uses this technology to solve its existential challenges.

The digital economy drives the development of smart cities further. As what Yan Lida, board director and president of Enterprise Business Group, Huawei Technologies, said, “there is now consensus among countries worldwide about the digital economy. More cities are looking for ways to transform and upgrade regional industries from the perspective of the digital economy.”

How can this be done? By deploying an ICT-powered framework that promotes sustainable development practices and addresses growing urbanization challenges. This brings more exciting opportunities to create cognitive cities of the future.

Three important layers work together to make a smart city operate, as described by McKinsey. To put it simply, these include a technology base that includes the networks of connected devices and sensors and a layer for smart applications and data analysis capabilities. On the outermost, the adoption and usage layer often leads to better decisions and behavior change.

As part of improving the quality of life of municipalities, enterprises, and citizens, cloud-based IoT applications receive, analyze, and manage data in real-time. In an era where smartphones, connected cars, and smart homes are dominating, engaging with smart city ecosystems is made possible.

In addition, thriving smart cities must have pervasive wireless connectivity, open data, robust security, and flexible monetization schemes. Wi-Fi, 5G, low power wide-area (LPWA) networks, and software-defined radio (SDR) technology are among the catalysts of connectivity within smart cities. With these, data, security, and profitability can be achieved. Making cities more intelligent, AI applications in smart cities are now expected to be worth $241 billion by 2025.

The fourth industrial revolution resulted in various smart city projects; however, many cities still lack full implementation regarding city planning and efficient networks. From this perspective, the three themes of Expo 2020 intentionally contain elements of the major components that bring smart cities to life: sustainability, mobility, and opportunity.

In light of this, digital innovation within cities can enable new forms of engagement and accelerate the policy design and implementation process. With this in mind, a smart city has to be for all — no exemptions. Those who can access the city should not be restricted to its infrastructure and applications unless speculated.

It is truly not about one specific solution or initiation. Charles Yang, president of Huawei Digital Power global marketing & sales, pointed out that “to create the most value in a society empowered by connectivity, we must ultimately focus on open innovation and inclusive development.”

Thus, provisions for the inclusion of all people must be part of the project — there should not only be an investment in education and training, but also proper design considerations to make applications available to less fortunate, disabled, and older persons.

In agreement to this context, Omar bin Sultan Al Olama, Minister of State for AI, digital economy, and remote work applications, stated, “Governments exist to serve the people … to provide better livelihoods and to ensure the future is better … not just to deploy technologies for the sake of deploying.”

Operationally, growth and inclusivity within metropolitan cities are based on six core systems: people, business, transport, communication, water, and energy. All of these systems should work harmoniously on different networks, infrastructures, and environments related to their key functions. As a result, cities have assumed a critical position in the urbanized world of the modern age.

Proceeding on this track, the core focus of any smart city should be its people. Better quality of service and experience for both residents and visitors; economic competitiveness to attract industry and talent; and sustainability goals must be provided. Building smart cities can only happen successfully with the collaboration of private sectors and national governments which can boost delivery, capacity building, and upscaling.

If well connected with inclusive growth objectives, smart city tools and applications can mitigate the impact of any crisis or fallouts and empower society as a whole towards a digitally-enabled future.