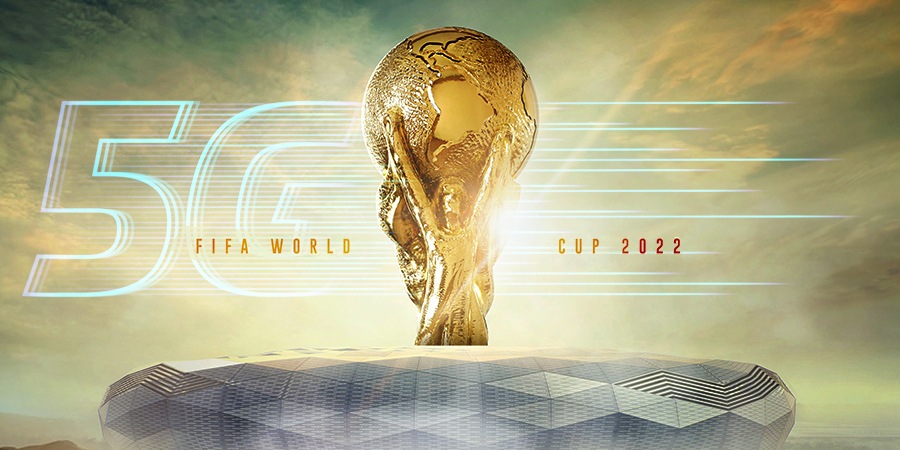 Awarded in December 2010 to Qatar, this year’s FIFA World Cup is the first to take place in the Middle East and the first to be supported by commercial 5G networks.

Qatar's hosting of the 2022 FIFA World Cup has provided a significant boost to the country's digital economy and information and communications technology ecosystem. The tournament was intended to attract investment and drive innovation in 5G, the Internet of Things (IoT), virtual reality (VR) and augmented reality. These new technological innovations will be used throughout the tournament and are expected to have a long-term impact on Qatar's technology industry.

Qatar was wired and prepared for 5G technology. Peak gigabit speeds were provided by multiple vendors and operators in Qatar to massive crowds attending the premier global football event.

However, increased investment in wireless communications infrastructure has benefited the entire country. Mid-band spectrum has also been allocated, allowing for high-speed internet access.

Qatar has made great strides in rolling out 5G infrastructure across the country ahead of the tournament. This next-generation technology offers higher peak Gbps data speeds and ultra-low latency compared to 4G. 5G readiness will enable telecom providers to offer consumers a wider range of content and services, assisted by faster and more reliable connections. According to global network intelligence firm Ookla, Qatar ranks fifth in the world for its 5G availability as of the end of 2021. This statistic measures the percentage of users of 5G-enabled devices who spend most of their time on its 5G network. In the same year, Doha was ranked sixth in the world for average 5G speeds, recording 382.51 Mbps.

Sports enthusiasts visiting Qatar for the World Cup have gladly benefited from the offer of local SIMs from national mobile operators, which include free data. As an example, and according to Ookla, a national operator has offered SIMs that include 2022 MB of data for free, valid for three days, while another national operator customer has access to 3GB of data for free, valid for two days. Encouraging visitors to utilize local SIMs has helped provide superior network performance for fans at the World Cup.

In addition, network improvements by these operators, along with live monitoring and optimization of network performance using crowdsourced data, improved overall network performance at the event despite the deluge of fans and resultant data traffic.

From Lusail Iconic Stadium in Lusail and Al Bait Stadium in Al Khor, to Al Janoub Stadium in Al Wakrah and Al Thumama Stadium in Doha, technology has been deployed over 8,466 multibeam antennas, covering over 310 miles of RF connector. The stadium perimeter is covered with 41 Smart Pole oDAS solutions and over 45 outdoor macro tower locations. A mobile network with over 5,000 cells, TETRA services and a Wi-Fi backbone will provide multiple digital technologies for football fans in attendance.

The FIFA World Cup Qatar 2022 may not be the fastest sporting event in 5G history, but it's far better than events like the French Open and Wimbledon.

Using data from Speedtest Intelligence to analyze the network performance of national operators in Qatar World Cup stadiums, it has been found that Al Janoub Stadium has the fastest average 5G download performance at 757.77 Mbps, while all World Cup stadiums have 400 Mbit. Among the most popular fan sites, Ras Bufontas and Airport Free Zone recorded the best 5G performance.

Qatar's complex but successful 5G rollout demonstrates that driving network improvements is difficult in order to meet consumer expectations of a strong, seamless network experience at any time. A long-term strategy and engaged regulators are required. The race between nations to provide the best 5G network continues, and industry, regulators and individuals all play a role in driving the necessary change.