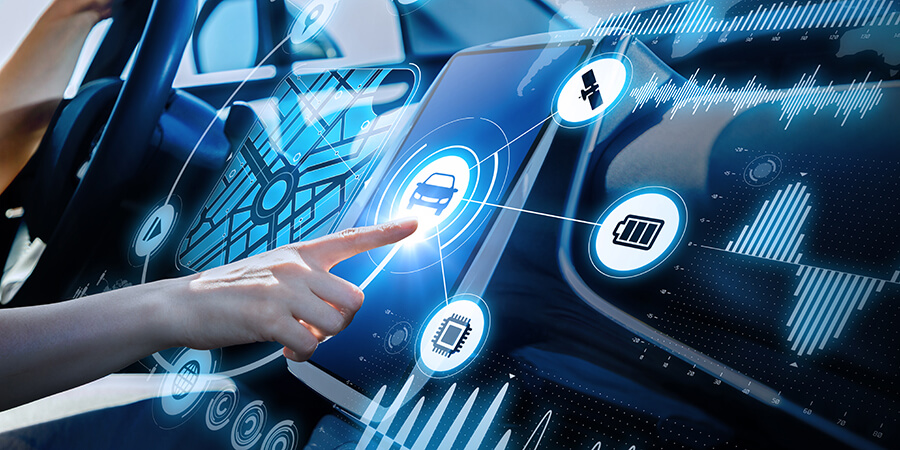 In this new era of smart transportation, customers demand new capabilities in their vehicles, and cellular vehicle-to-everything, or simply C-V2X, will be a crucial enabler. These capacities include integrating mobility-enhanced, autonomous-driving and other personalization and safety features.

C-V2X is a 3GPP standard that defines cellular technology that enables vehicles to communicate with transportation infrastructure, other vehicles, the cloud, cellular network infrastructure and even pedestrians.

As reported in a research study, the C-V2X market is estimated to exceed a valuation of US$6 billion by 2030. The involvement of governments in the improvement of transportation systems as well as automotive OEMs, suppliers and communications service providers (CSPs) will accelerate the industry’s development and innovation.

Cellular vehicle-to-everything is also a key component of modern day’s intelligent transport system (ITS), which aims to be safe, efficient and inclusive. It covers everything from connectivity and telematics to in-vehicle computing, sharing sensor data and cooperative maneuvering.

Consensus on C-V2X and adoption by all industry players will also drive its widespread adoption across all lines of vehicles. Indeed, from now on, an interconnected digital road infrastructure will pave the way for real-time traffic updates, hazard warnings and high-definition mapping services.

The C-V2X technology is set to revolutionize the mobility ecosystem and the way vehicles (and drivers) interact with the world. Now nearing commercialization, this technology has been in the works since 2018, but efforts are now being catalyzed by the rollout of 5G networks.

People have been searching for ways to become better informed behind the wheel. Cellular vehicle-to-everything (C-V2X) is a state-of-the-art wireless technology designed to offer vehicles low-latency, direct and network-based communications with other automobiles, roadside infrastructure and other road users. It operates in the designated 5.9 GHz spectrum band, the safety band reserved for transportation-related communications.

Due to this, the effects of C-V2X will be felt by a broad range of players across economic sectors, including infrastructure owner-operators, service providers, vehicle and chipset manufacturers, technology providers and mobile network operators (MNOs).

Having said that, there is a strong global momentum for C-V2X in Asia, Europe and North America. According to a report, the North American region cellular vehicle-to-everything industry size will be valued at US$ 150 million by 2030 while the Asia-Pacific region is also predicted to be a highly lucrative C-V2X market in the long run.

China is the first country to have a national strategy for the Internet of Vehicles (IoV), while Japan is targeting 2023 for a 5.9 GHz allocation for designated ITS use. Korea, Brazil and others are also developing go-to-market plans in line with recent automotive market traction and global trends.

Safety Among Other Benefits

At the top of the list, C-V2X plays a role in safety because it allows more than what meets the eye. In fact, the expected benefits from C-V2X include up to 800,000 injuries avoided per year, up to 2.8 million fewer damaged vehicles per year and over $12 billion in savings annually due to fewer damaged vehicles.

According to a 2021 study, safety features were the most important factors when consumers considered their next vehicle purchase. Hence, by making the adoption of C-V2X technology and safety applications an integral part, automotive OEMs can appeal to the premium that consumers place on vehicle safety.

When vehicles are connected to everything around them, travel is made safer because accidents, injuries and fatalities on roadways are reduced. Enhancing safety also helps to improve mobility, which directly correlates to sustainability. These can be seen through real-time route guidance to bypass congestion and adjusted vehicle dynamics for optimal speed with less braking and idling for better fuel use, among others.

Other examples of C-V2X safety use cases are:

C-V2X is also one of the main ways of utilizing IoT in transportation. It enhances automation in driverless cars while also improving the information drivers have at their fingertips, particularly when it comes to navigation and visibility.

With the fast progression of cellular vehicle-to-everything communication from LTE to 5G NR, the automotive industry faces new opportunities for ultra-low latency and highly-reliable automotive connectivity.

Additionally, 5G brought direct communications (sidelinking) to industry C-V2X by advancing C-V2X applications such as platooning, advanced driving, extended sensors and remote driving. It is worth noting that the C-V2X sidelink is the first wireless system to introduce distance as a dimension at the physical layer, enabling a uniform communication range for both level of service (LOS) and non-LOS implementations.

As C-V2X and mobile networks move into the 5G era, there will be new services supported by the new business opportunities available. One case would be operators integrating the functionality required for V2I applications with 5G infrastructure. Alternatively, RSUs can include the necessary functionality to support 5G network infrastructure build-out and densification. This can yield win-win opportunities for public-private partnerships.

Envisioned to boom later on, 5G V2X — a future version of C-V2X that has been standardized in 3GPP starting with Rel-16 — provides sidelink for automated vehicle applications. 5G V2X will provide increased situational awareness through richer sensor sharing and group casting, heavily supporting such coordinated driving and real-time infrastructure updates.

In the 5G era, C-V2X will also be able to support a range of advanced safety services, including very precise positioning and the delivery of local, dynamic maps based on camera and sensor data. With 5G, vehicles will be able to capture more data about their immediate surroundings, and ultimately, C-V2X will play a pivotal role in enabling the deployment of fully autonomous vehicles.

Without a doubt, C-V2X is positioned to be the global solution for V2X technology, supporting advancements in wireless communication and new automotive applications. These are necessary for improvements in safety, autonomous driving and traffic efficiency, which will be a mandatory part of ITS.

By 2023, German automotive manufacturer Audi estimates that there will be 5.3 million vehicles, work zones, railway crossings, bicycles and other devices that will be connecting to C-V2X frequencies.