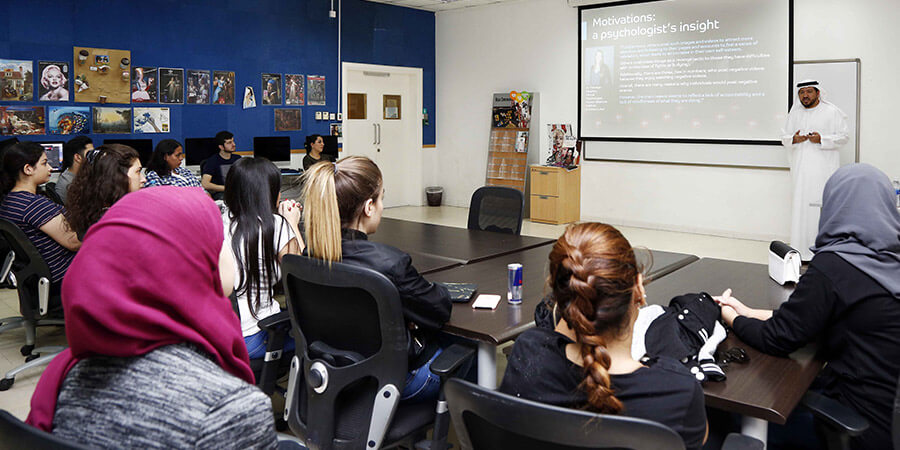 UAE telecom brand du, part of Emirates Integrated Telecommunications Company (EITC), has continued the #PostWisely movement by kicking off recently an educational road show at one of the leading UAE academic centres, the American University of Sharjah.

This university workshop is the first stop in the educational road show that du carried out in its efforts to engage with the UAE community at grassroots levels and communicate the campaign's message of #PostWisely, which is centred around mindfulness of social media users when sharing negative content.

In an engaging session, Abdulwahed Juma, Executive Vice President of Brand and Corporate Communications at du, spoke to the university's students and faculty of the department of Mass Communication and shed light on the findings of the Ipsos research that du commissioned for this campaign in addition to discussing insights about trending social media behaviors.

"We are pleased to have been welcomed into such a prestigious center of learning by the American University of Sharjah and be able to share the specifics and discuss the granular details with people passionate to make a difference," said Abdulwahed Juma.

"I was struck by the integrity and humanity on display amongst the students and faculty staff and hope together we can make a positive difference across social media," Juma added. "We can collectively reduce negative content online by remembering the impact of such content before pressing ‘Share'."

du recently launched the second instalment of its Public Service Announcement, themed "If it were your pain, would you share it?" to raise awareness and inspire conversations around conscientious and ethical social media usage.

Psychologists, media experts, government authorities and academics as well as real-life heroes who saved or helped people in negative situations, all discussed the release of four compelling videos - conceptualised by du, highlighting harmful and unethical sharing of negative pictures and videos such as accidents, bullying and pranks. This week, the telco reached out directly to students and academics to join the campaign for a safer Internet.

du's #PostWisely campaign is providing a platform for dialogue to take place in order to encourage ethical online behavior through its social media channels.