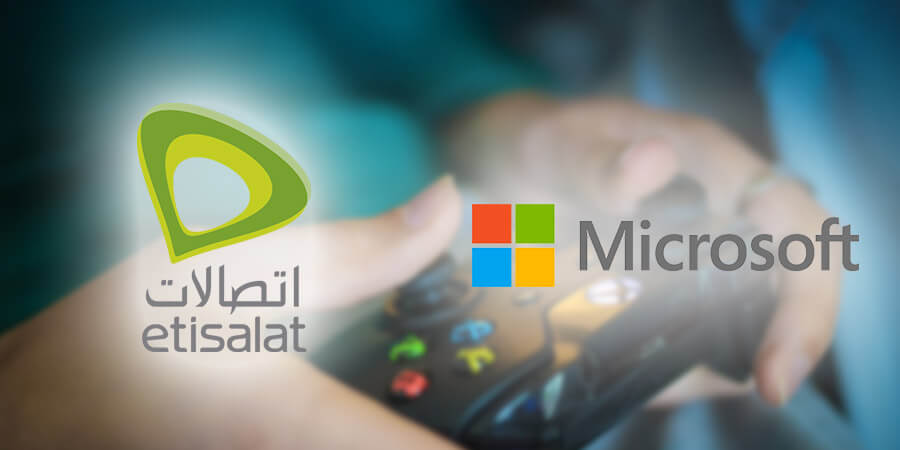 Microsoft and Etisalat UAE, the leading telecom operator in the Middle East, today announced that Xbox gamers in the UAE can now enjoy an added dimension of convenience, by paying for content through their Etisalat mobile account.

The collaboration between both organizations marks the first time in Gulf region for gamers to pay through mobile account without a need for credit card. They will also be able to make purchases from the Microsoft Store on Xbox consoles and Windows PCs through their pre-paid or post-paid Etisalat mobile accounts, settling the amount through the normal payment for their telecoms services.

"This is the first time in the GCC region that any gamer on any console will be able to make purchases through a telecoms channel," said Mohammed Habbab, Xbox GCC Manager. "Our partnership with Etisalat UAE - the biggest telecoms provider in the country - opens up a world of exciting game titles to UAE Xbox users, without the need for credit or debit cards. And it also makes parental control easier, so you will always know what content your children are consuming."

Etisalat UAE subscribers will get access to Xbox Games Pass, where players get unlimited access to more than 100 Xbox One and Xbox 360 games on Xbox One for the single, low, monthly price of AED 39. Play exciting titles like Sea of Thieves and State of Decay 2, Forza Horizon 4 and Crackdown 3 on the day they are released. Browse through an enticing catalogue, from recent blockbusters to critically acclaimed indie titles. And if you buy an Xbox One game from the current catalogue, you can save up to 20%, plus get up to 10% off game add-ons and consumables.

Khaled Elkhouly, Chief Consumer Officer, Etisalat UAE, said: "We are excited to grow our partnership with Microsoft to offer a convenient, easy, and secure payment option that will enrich Xbox customers' experience with more convenience and value. The gaming market is growing at an exponential rate. The industry has emerged as one of the most evolving industries in the entertainment sector, besides the music and video. Recent technological advancements and games development have been instrumental in opening up several avenues for market expansion."

Xbox also offers Gold Live, which gives members access to the most advanced multiplayer, bonus games and exclusive member discounts in Microsoft Store. Gold Live members can stay connected to friends, family and other Xbox Live members around the world and build awe-inspiring worlds together or compete in thrilling matches of skill that test the mind and the reflexes to the fullest. Whether it's competitive or co-operative gameplay, Xbox Live Gold takes the experience to the next level.