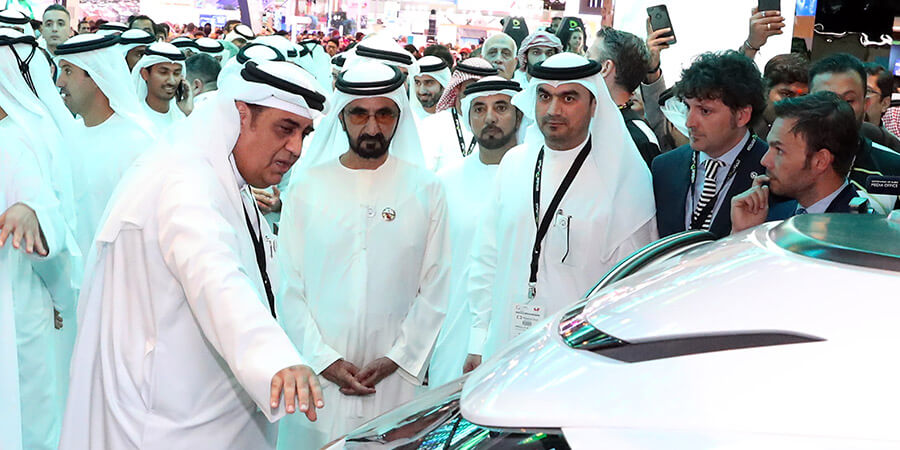 Etisalat is presenting a major digital showcase in 'Future of Mobility', bringing global leaders in autonomous transport to Dubai and providing an insight into the future at this year's GITEX Technology Week.

This is in line with Etisalat's objective to highlight its role in the 'Dubai Autonomous Transportation Strategy' that aims to transform 25 percent of the total transportation in Dubai to autonomous mode by 2030.

Dr Ahmed bin Ali, Group Senior Vice President, Corporate Communications, Etisalat said: "We are pleased to be partnering with top leaders of the car industry to showcase some of the latest strides they have been making in car connectivity and autonomous driving.

"Etisalat's objective is to drive the digital future by taking the lead in innovation to bring futuristic technologies from around the world to UAE and the region. We, at Etisalat, are committed to support the nation's long-term strategy in promoting digitization initiatives and developing the connected ecosystem of the UAE, particularly transportation."

The ultra-light, two-seater passenger cabin, which can be attached to either a car module (provided by Audi) or a flight module (manufactured by Airbus), can cruise autonomously on the road and lift into the air vertically. Both modules are entirely electric ad autonomous.

The interior of the cabin boasts of a TV-like 49-inch screen that relays information back to the passengers. Interaction between humans and the machine is performed by speech and face recognition, while additional control can be achieved via eye-tracking technology and touching the screen.

The Etisalat stand is also displaying a self-driving vehicle, the 'Oasis', which is a concept car from Swiss think tank and mobility lab Rinspeed. Designed to demonstrate a less conventional method of transport for the future, the 'Oasis' has a huge glass windscreen area, fitted with augmented reality technology that lets the driver virtually 'place' displays and objects on the screen.

The car has a solar panel on the roof, while the interior offers a new living space complete with armchairs, a sideboard, TV, and a multi-functional steering wheel, emphasising the car's main role as an autonomous vehicle.

Etisalat is present at stand Z1-A20 in Zabeel Hall at GITEX Technology Week 2018, at the Dubai World Trade Centre. Visitors can expect product showcases, live demonstrations of telecom technologies for individuals and businesses as well as Etisalat business solutions for industry verticals such as future mobility, smart retail, smart health and digital education.