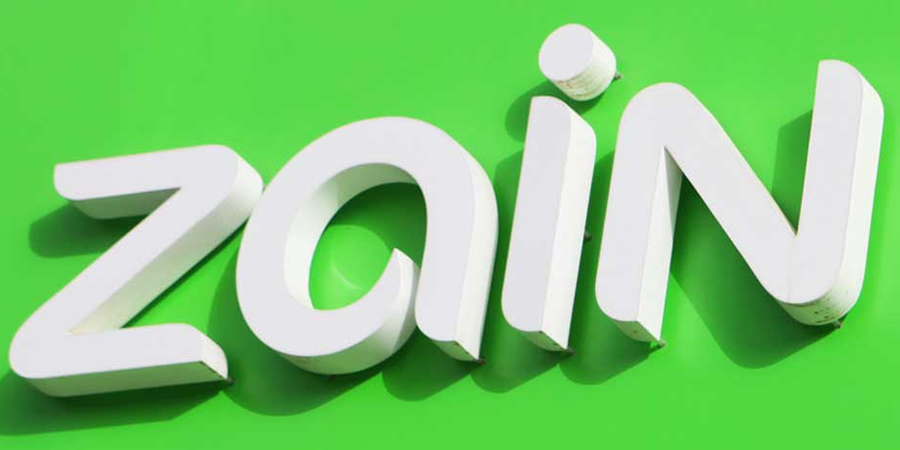 Zain Saudi Arabia (Zain KSA) has signed an agreement with the Kingdom’s Ministry of Finance (MOF), Ministry of Communications and Information Technology (MCIT) Communications and Information Technology Commission (CITC) to consolidate the annual royalty fee for commercial service, reducing the tariff from 15% to 10% of net revenues retrospectively, commencing 1 January, 2018.

The expected financial impact of applying the unified annual royalty fees from 1 January, 2018 to 30 September, 2018 will result in a decrease of fees amounting to SAR 220 million (USD 59 million), which will be reflected positively in the next financial results announced by Zain KSA. The reduction in annual royalty fees will positively impact the company's financial results going forward.

Additionally, the agreement includes the settlement of disputed amounts related to the payment of annual royalty fees by Zain KSA to the CITC for the nine-year period between 2009 and 2017, under the condition that Zain further invests in expanding its infrastructure in addition to other conditions over the next three years. The expected financial impact of this settlement is expected to reach SAR 1.7 billion (USD 453 million) over the next three years.

Expressing his appreciation to the Custodian of the Two Holy Mosques, King Salman bin Abdulaziz Al Saud and to His Royal Highness Prince Mohammed bin Salman bin Abdulaziz Al Saud, the Crown Prince, Vice-President of the Council of Ministers and Minister of Defense, Bader Al-Kharafi, Zain Vice-Chairman and Group CEO, and Zain Saudi Arabia Vice-Chairman said, “We are extremely grateful for the Saudi government’s visionary wisdom and support of the ICT sector through a constructive partnership with the Kingdom's telecom operators. Such support further increases the attractiveness of the Kingdom's economy, contributing to its ongoing prosperity."

Al-Kharafi continued, “We acknowledge and appreciate the efforts of the Kingdom’s MOF, MCIT and CITC to overcome any obstacles facing the sector and their keenness to implement the goals that serve the aspirations of the Kingdom's Vision 2030, given ICT is one of vision’s most important pillars. Linking our settlement agreement on the primary condition to further investment in infrastructure is an insightful move by the Kingdom’s authorities as it enables us to develop in a higher quality network and service for the benefit of the digital-savvy Saudi community.”

Al-Kharafi said, "The agreement announced today is a significant milestone in Zain KSA’s turnaround journey, given the positive impact this will have on the financial results this year and beyond. This development will further boost Zain KSA’s liquidity position as it will result in the reduction of financial obligations the company faces, and this will in turn allow the company to utilize that additional liquidity to continue the expansion and development of its 4G and 5G network and fiber (FTTH) expansion to meet the growing demand for broadband in the Kingdom."

Numerous positive developments in recent times have created an air of confidence for the future prosperity of Zain KSA. "The management team at Zain KSA is working tirelessly to implement the Board's strategy to improve the company’s financial performance in order to create greater shareholder value through innovation, product development and improved customer service,” Al-Kharafi concluded.

This latest agreement reached by Zain KSA comes on the back of several other beneficial milestones for the mobile operator. In October 2016, the Kingdom’s CITC extended Zain KSA’s mobile license for an additional 15 years to total approximately 40 years, which will expire in 2047. This license extension has an annual amortization benefit of SAR 433 million (USD 115 million) on the company’s financials. At the same time, the CITC migrated Zain KSA to a unified telecommunications license that supports both service and technology neutrality, allowing the company to provide all telecommunication services.

Zain KSA also announced in November 2018 that its Board of Directors had approved the offer from IHS Holding Limited for the sale and leaseback of its telecom towers for approximately SAR 2.43 billion (USD 648 million). This offer is subject to final approvals and conditions by the concerned authorities. Once completed, this step will create shareholder value as it reduces debt obligations, unlocks capital and resources, and allows Zain KSA to focus on core operations.

With respect to recent financial performances, Zain KSA recorded its best-ever quarterly results since inception, for the three months ending 30 September, 2018, with several key financial indicators showing record growth levels, reflecting the success of the operator’s turnaround strategy. Key performance indicators for Q3 2018 included revenues of SAR 1.952 billion, up 8%; EBITDA of SAR 728 million, up 15%; and net profit of SAR 48 million, up from SAR 3 million, all compared to same period a year earlier.

This year’s improved performance by Zain KSA and this significant historic milestone announced today was achieved as the company celebrates a decade of commercial operation of mobile voice and data services in the Kingdom.