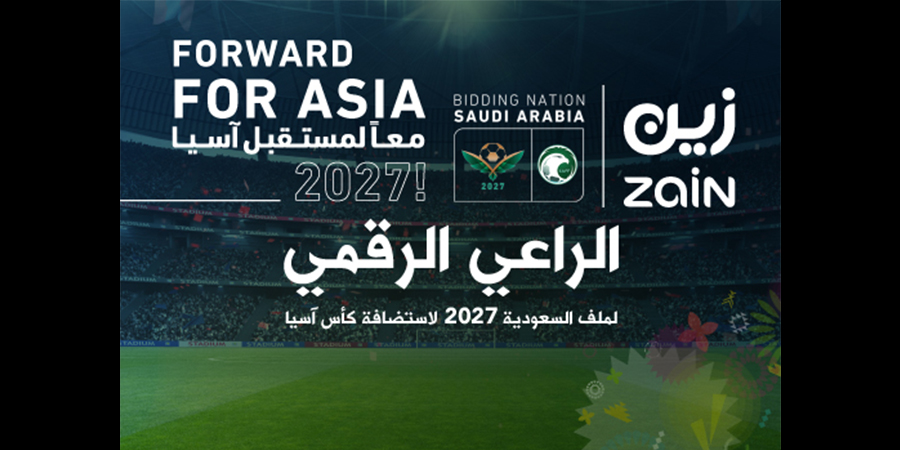 Zain KSA is sponsoring Saudi Arabia’s bid to host the upcoming 2027 AFC Asian Cup as an official digital sponsor. The Kingdom is among the most prominent of the finalists bidding to hold this major event for the first time, along with other Asian states.

A delegation from the Asian Football Confederation (AFC) is currently visiting Saudi Arabia to inspect its readiness to host the tournament in the presence of Minister of Sports and head of the Kingdom’s bid to host the 2027 Asian Cup, His Royal Highness Prince Abdulaziz bin Turki Al-Faisal. The delegates will tour Riyadh, Dammam and Jeddah.

Commenting on this sponsorship, chief communication officer at Zain KSA, Rayan bin Abdullah Al-Turki said, “Zain KSA is an avid supporter of the sports, cultural and entertainment activities hosted by Saudi Arabia, which confirms our commitment to contribute to the Kingdom’s global positioning in line with the ambitious goals of Saudi Vision 2030. The Kingdom's hosting of the 2027 AFC Asian Cup is a global, historic event that will be attended and watched by hundreds of millions of football fans world-wide. We, at Zain KSA, are proud to be the official digital sponsor for the Kingdom’s bid to host this eagerly anticipated event, which the Kingdom has always been a major part of, having won three AFC Asian Cup titles.”