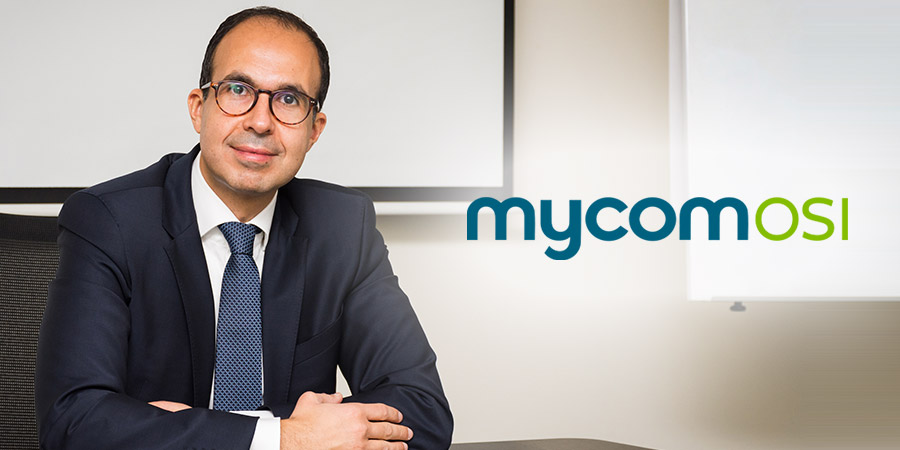 By providing management, assurance and analytic solutions for the world's first CSP telco cloud, MYCOM OSI is at the cutting-edge of innovation in this area. Its Experience Assurance and Analytics™ (EAA) system provides integrated assurance, automation and analytics solutions for telco clouds, streamlining and simplifying complex ecosystems and supporting operations centers that are smart, predictive and highly automated.

The end goal is to enable an order magnitude reduction of current Opex levels and a double-digit revenue growth rate of the CSP businesses as they evolve towards becoming digital service providers (DSPs).

Telco clouds are IT cloud-native technologies and processes imported into telecom ecosystems where NFV, SDN, cloud IT and other telecom-specific architectures are added to enable real-time and on-demand delivery of innovative digital services via a DevOps process.

Its complexity means CSPs must implement practical and measured transformation steps to consolidate their existing investments and proactively migrate with low risk. To achieve this, an independent and multiple-vendor, single pane view allows CSPs a real-time unbiased insight into their IT infrastructure, network and service performance across a range of technologies and vendors.
As digital transformation rolls out across CSP networks and impacts their digital business models over the next five to 10 years, it is important for CSPs to have a single management, assurance and analytics architecture that correlates and manages both the virtualized part of the network and the shrinking physical part across telecom and IT, for operations as wells as business benefits.

While virtualized networks may offer their own management and orchestration capabilities with multiple local automation loops, only a higher level assurance and analytics system has visibility of the entire hybrid network and carry out network, service quality and monetization decisions using network-service-customer correlations, policies, closed loop automation and intelligent analytics.

CSPs might have invested in big data and machine learning applications to drive predictive analytics. However, deep telecom expertise is mandatory to seed such systems with optimal algorithms to make accurate predictions or for creating prescriptive commands to the virtualized and physical orchestrators. As a step in this direction, MYCOM OSI have started using artificial intelligence and machine learning capabilities to automate the creation of correlation rules and predict network events before they occur, such as failures related to weather conditions or congestion related to multi-media consumption patterns.

In addition, the flexibility, agility, time-to-market and commercial efficiency enabled by public cloud is triggering a surge in interest by CSPs for telco cloud assurance as a service. MYCOM OSI is one of the first providers to plan the launch of a commercial solution directly from AWS public cloud where infrastructure, platform and software are offered as a service within a subscription model. This is currently being rolled out for a leading mobile operator in Europe and we believe this will be a major trend in the industry going forward.

Finally, CTOs of major operators are gearing up to implement a vision of 'zero touch operation center', which expects the entire process of monitoring, analyzing and remediation to be conducted automatically, without human intervention.

Automation also plays an important role in reducing Capex. With a combination of automation and analytics, CSPs can be guided to make optimal investments in order to get the highest return on investment. MYCOM OSI  has developed specific capabilities within EAA that automatically identify the areas where CSPs need to invest in capacity based on subscriber consumption, type of subscribers and the return potential of subscribers.

As CSPs extend their networks for connected industry verticals, the low latency and high data speeds of 5G enable them to deliver enhanced mobile broadband, ultra-reliable, low latency and massive machine-type communication services including IoT. However, closed loop assurance systems are required to assure and orchestrate the 5G slice at the edge of the network in real-time, as CSPs are expected to maintain very stringent SLAs.

MYCOM OSI is a leader in 5G assurance research as a member of the University of Surrey's 5G Innovation Centre. Also at a recent TM Forum catalyst project sponsored by major CSPs, MYCOM OSI demonstrated closed loop assurance of a 5G slice for connected factories, with instructions sent to an orchestrator to reconfigure the network in order to maintain the guaranteed quality of service for the specific 5G slice.

MYCOM OSI is playing a key role in enabling the transformation of many of its customers globally, which include Tier 1 CSPs such as Deutsche Telekom, Globe, Reliance Jio, Sprint, STC, Telefonica, Telenor, T-Mobile, Verizon and Vodafone.

Its recent selection to assure the world's first telco cloud keeps it ahead of its competitors in the assurance space, a position that has been recognized many times over by the industry including a recent Frost and Sullivan/Stratecast 'Service Assurance Strategy Leadership' Award. By continuing to innovate around telco cloud assurance, MYCOM OSI aims to maintain its telco cloud assurance leadership position to drive global customer adoption.