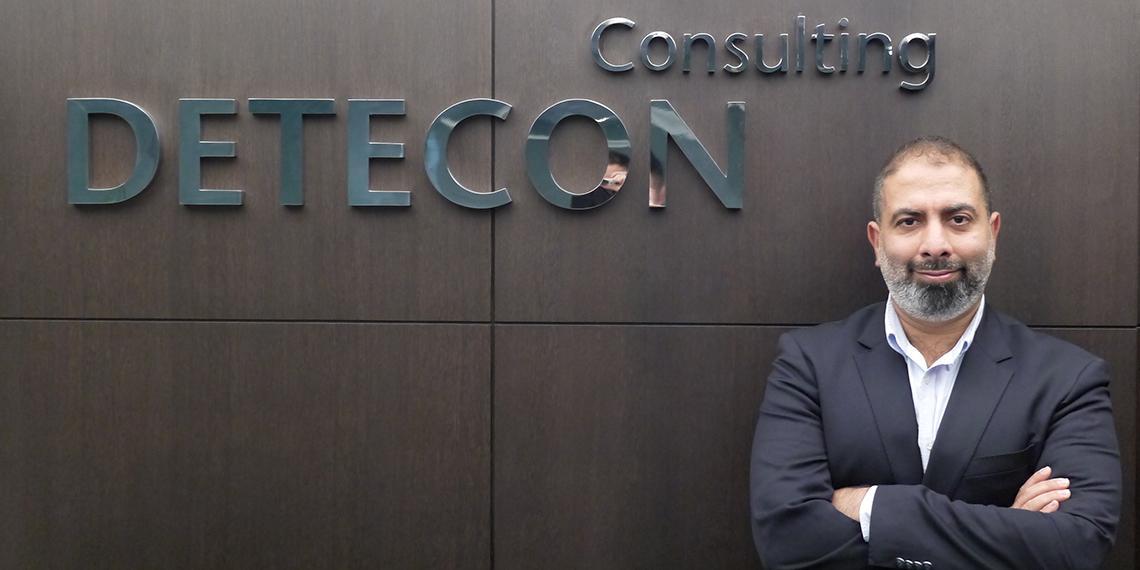 The main challenge telcos face today - the same as any enterprise - is changing their culture to adapt to the digital future, says Nizar Hneini, Managing Partner of Detecon, the consulting arm of German-based Deutsche Telekom Group, speaking to Telecom Review. Digitization is about simplicity, innovation, trust and transparency - traits that most enterprises try to promote, but it's much easier said than done, says Nizar.

All large enterprises have established business units that have to meet their targets and it's easy for them to dismiss new ideas for the sake of preserving the status quo and cash cows that bring them money, says Nizar. But these enterprises need to understand that in a few years time that 'reliable' revenue won't be there anymore, which would eventually lead to decline, unless new practices are implemented.

Changing the culture of a company requires "a lot of guts and a lot of courage" from business leaders, says Nizar, to envision the future and push new ideas into their companies and make sure they are well-prepared for what the future will bring. That doesn't just mean finding a breakthrough product to bring in new revenue. Before a company can reach that point, enterprises need to prepare the culture of the company to be welcoming of new ideas.

Nizar has over 17 years of experience in the ICT sector in Europe, the US and the Middle East. Prior to joining Detecon in 2007, he was active in the consulting scene in Germany where he worked for several companies supporting large clients including automakers and telecom operators. Nizar was initially supposed to work with Detecon in Germany, but was needed for a project in the UAE to support the launch of a major telecom operator. Since then, he has remained in the region, supporting not only telcos, but also government initiatives to build their digital strategies.

"We help our clients prepare for the future, which is uncertain, but also full of opportunities, as a result of the digital movement," Nizar told Telecom Review. "The clients only need to open their eyes, focus on what it is they want, and we gladly help them with that so they can capture the opportunities with going digital."

Deutsche Telekom, the parent company of Detecon, is not active in the Middle East and North Africa directly. Detecon acts as the consulting arm of the group, whereby it takes the knowledge that the group has built up internally and uses it to support clients where there is no conflict of interest with Deutsche Telekom. The set-up is clear: Deutsche Telekom is 100% the owner of Detecon and is represented on its board, but Detecon is independent in offering its consulting services to clients.

"Coming out of the womb of an operator, we have very strong knowledge of the telecommunications industry," said Nizar, highlighting the fact that 2017 marks Detecon's fortieth year of operation. The company draws upon experience of the merger of the two sides of telecom and IT that happened around ten years ago. Detecon consultants were dealing with both sides (telecom and IT) in their daily lives, and now carry those areas from top to bottom.

"We can support our clients in building their ICT strategy - or as we call it today 'digital strategy'," said Nizar. "We can also support them in the implementation, be it as supervising, or building solutions for them, and supporting them in choosing the right solutions, and then integrating it into their operations, and later rolling it out, making organizational changes, etc."

From establishing telcos to helping them grow
When Nizar began his role with Detecon in the Middle East, the company was in the midst of an era when mobile operators were being established. Drawing from the experience at Deutsche Telekom and around the world, Detecon played an active role in supporting several telecom operators to plant their roots in the region.

"Some of these operators would be part of a bigger group active in other parts of the world, so we assisted them with building their networks and launching them in the region, which wasn't always an easy task due to bureaucratic constraints," said Nizar. "But we always supported our clients and helped them to move forward and now some of those operators we helped to launch are very successful in the region."

During that period there was plenty of space available in the market to launch new mobile operators. When that space became full, Detecon's strategy changed to offering consulting advice on increasing efficiency, helping operators streamline their costs, and advising them on launching new innovative products. Operators are particularly focused on their consumer segment when they start out, Nizar exampled, but later on as they mature their focus switches to enterprise, and Detecon helps them to navigate this.

The company also directs governments on their path towards going digital. A few years back Detecon caught on to the fact that governments in the region were investing more in building their digital capabilities and digital infrastructure to become leaner and more able to cater to citizens' needs through offering innovative e-services. Detecon supports governments in the processes of providing these services.

There was a time when establishing telecom operators was a lucrative business concept, but now times have changed, said Nizar. OTT players are eating into the revenues of telcos and there are no longer large telecom company launches. Therefore, Detecon's focus is helping existing telecom companies launch better products and services to compete against OTTs. The only way for telcos to grow and maintain profitability, says Nizar, is by looking to the future.

Drawing from his experience in the industry, Nizar said the most important thing for telecom operators to focus on is looking internally. They cannot convince any external client that they are the right digital partner if they do not themselves have digital DNA, he explained. Operators need to have the proper digital tools for employees to work together and innovate "because a big part of digital transformation is about opening the doors for your employees."

A trend that Detecon promotes heavily in Germany and other parts of the world, according to Nizar, is flexibility for employees. Millennials, he says, want to go to the office when there is actually work to be done. Most of the time they want to work remotely by using IT tools, which can actually cut costs. But this concept requires a lot of trust, Nizar pointed out, which is important for any successful company.

Another concept Detecon has introduced to some of its customers is 'Digital Twin'. The concept has "gained a lot of importance in the EU" said Nizar, and Detecon sees its potential for the Middle East too. The idea of a 'Digital Twin', he says, is to build a digital object that is directly related to a physical object.

"For example, if you are building a tower, all the data that the physical tower generates is mirrored on a digital platform, so that the entire building can be mapped and viewed as a digital object," said Nizar. "When you have the concept of 'Digital Twins' for several objects it gives you an idea of the products and services that you could roll out in the physical world."

Detecon also supports a concept that has "the potential to make telcos more effecient". 'Centralization of Production' is the concept of providing all services on a single platform, whereby offerings can be distributed to multiple countries.

This is important for telcos, says Nizar, as they need to have a production presence in every country that they operate in, as opposed to carmakers that don't have to produce their vehicles locally. The concept has the potential to bring in additional revenue not just for new products but exiting products across entities, while potential being deployed with cost savings.