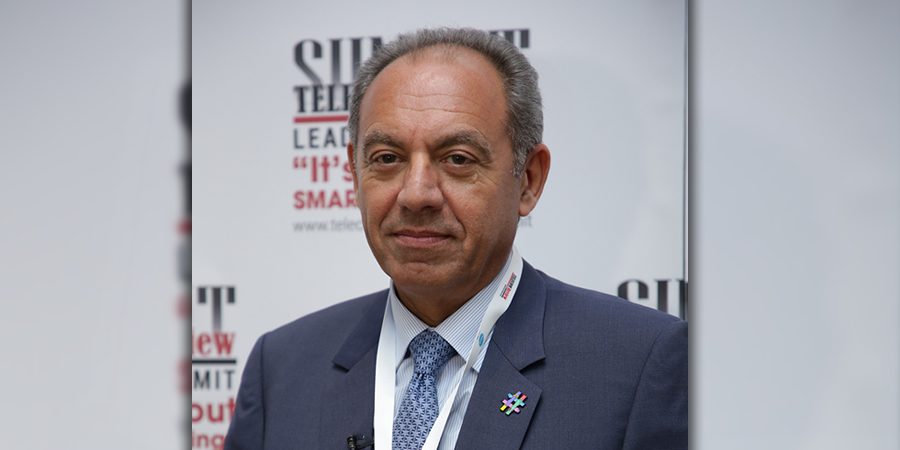 Krypton CEO, Cyrus Salesse has highlighted some of the key fundamental security differences between 4G and 5G technologies as the industry braces itself for the deployment and commercialization of 5G networks across a number of global markets.

Krypton which is headquartered in Lebanon is visible in a number of key markets all across the MENA region and has enjoyed phenomenal success under the tutelage and guidance of its CEO. The cybersecurity vendor continues to enhance its market reputation in what is becoming an increasingly ultra-competitive space.

One of the key topics which were under the spotlight at the 12th Telecom Review Leaders’ Summit which was held at The Phoenicia Hotel in Beirut, Lebanon was of course 5G and the impact it is going to have on the ICT industry.

Telecom Review managed to secure an exclusive interview with Krypton’s CEO in an effort to find out more on the major cybersecurity challenges and obstacles facing operators and vendors in the ICT ecosystem and what they need to do in order to protect themselves and their customers from sophisticated and harmful cyberattacks.

Salesse was a panelist on a panel discussion which focused on cybersecurity and he expressed his belief that there was a lot of work to be done in this space with 5G and other emerging technologies set to disrupt the ICT industry.

He said, “One of the first things that I found really interesting about the entire conference was that almost every panel and discussion touched on the topic of cybersecurity at some point. I think there’s a lot of ongoing dialogue in relation to the complex nature of challenges we’re encountering in the cybersecurity space. We had a very distinguished panel and an excellent moderator that attempted to navigate us around what is really a rather difficult and complex topic. However, I thought that everybody on the panel added a lot of different perspectives on the issues regarding the opportunities and threats posed around cybersecurity that will greatly help all of us. We exchanged a lot of knowledge, experiences and expertise in what was a robust discussion – but my main takeaway from the debate was that there is still a lot of work to be done in this space.”

When asked about the growing consensus from a number of CTOs from leading communication service providers that have expressed concerns that operators were not focusing enough on the security of their 5G networks, Krypton’s CEO stated that that there was a growing awareness from CEOs on how important the topic of cybersecurity really is for large scale multinational enterprises.

He said, “Yes, I think that’s a consensus I would share, but I would counter that argument by saying I think it will come. As I said during my panel discussion, cybersecurity or security as a function within an enterprise doesn’t have a seat around the table yet, but it definitely will come because it’s too important to ignore. The reason for this can vary depending on certain countries and markets. I think that some CEOs initially thought that it’s a technical issue and the responsibility belongs to somebody else. However, when something goes wrong, they quickly realize that they are the one in the hot seat.”

Salesse then highlighted some of the fundamental security differences between 4G and 5G and said that largely, the same security issues around 4G will remain prevalent in 5G. However, he did acknowledge that 5G will trigger the utilization of mission-critical applications and said the security around this will be on a scale never seen in 4G because of the opportunities 5G is creating in the mission-critical communications space.

The Krypton CEO said, “I think a lot of the major cybersecurity concerns and issues around 4G will still exist and be the same when we make that evolution from 4G to 5G. The one major difference I think is that 5G will enable, facilitate and support the use of mission-critical applications, so therefore it’s even more imperative that these applications are safe and secure, and this is a huge challenge and opportunity for all stakeholders in the ICT ecosystem – and it’s up to us as technology thought leaders to find solutions to address these obstacles and concerns.”

The dynamic and charismatic Salesse concluded the interview by highlighting how unique and important the Telecom Review Leaders’ Summit is in the ICT space - and said the conference was one of the industry’s leading flagship symposiums in the region.

“It’s fantastic that the 12th Telecom Review Leaders’ Summit is being held in Beirut, as it really puts Lebanon back on the map. I attended the summit in Dubai back in December, and I believe that the topics that are discussed address almost every aspect of the ICT industry. It’s a brilliant event that is superbly well-organized and it ultimately provides us with the opportunity to talk to each other outside of a formal business framework which means that we can have frank discussions and we can share and exchange our knowledge, expertise and ideas.”