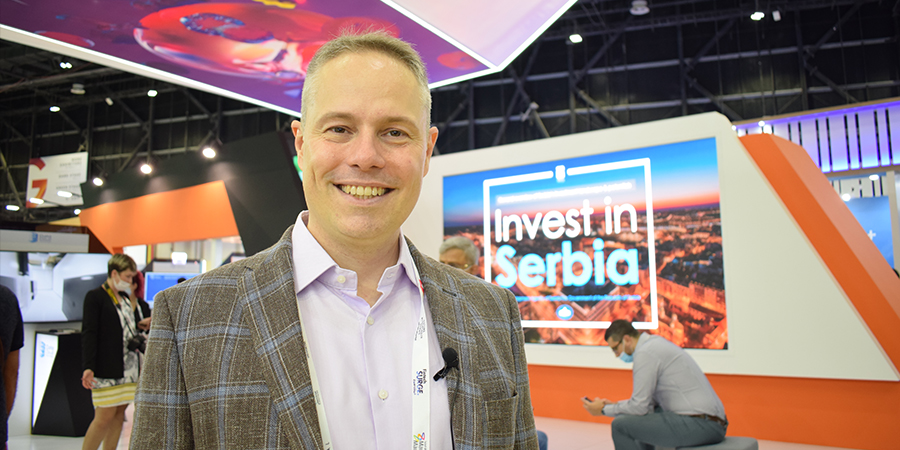 Telecom Review spoke to Nenad Paunović, director of the IT and entrepreneurship, Government of Serbia during GITEX to understand the role of their government in boosting and promoting a conducive market for the ICT sector.

How is Serbia preparing the talent pool needed for the development of ICT infrastructure?

Serbia is among the first countries in the world who introduced coding as a mandatory subject in elementary schools four years ago. So this year, we had the first generation of kids leaving elementary school with four years of education in coding. Some of them will go to the special programs for talented kids in IT in secondary schools, and then we have a traditionally strong STEM education. We have a large number of engineers, who are world renowned for their engineering excellence, and we are ensuring the talent pool to be on top of its game for the future. We are also supporting and subsidizing employment of repats, because Serbia has a very strong diaspora, as well as the foreigners. We also want to have a multinational environment in Serbia to become the hub for ICT development to many nations. Serbia is among the most open countries in the world right now and we want to have people from all over the world. So, Serbian traditional engineering excellence plus the international community will give that mix to be really successful in the future.

How are the public and private sector collaborating for future ready digital economy?

We believe in a government that doesn't think that it knows everything, but really listens to the economy, listens to the private sector and works together with them. We are really blessed to have several strong organizations such as Digital Serbia Initiative, Serbian Entrepreneurs, Chamber of Commerce and Industry in Serbia, and ICT clusters, with very strong cooperation. We are working together, identifying and solving problems together. We are asking them for legal and taxation solutions. Serbia right now has among the best business environments in the world in terms of legal and taxation. For instance, in Serbia, R&D and IP-heavy companies legally pay close to zero or even zero corporate income tax, because the government wants to encourage investments made in the IP developments and R&D rather than taking money from them and redistributing. We are among the firsts in Europe that introduced law on digital assets last year. We amended our IP laws, trade laws, and corporate law. There are many things in Serbia that we are proud of and we did that together with the industries, private sector and their connections within the world. So, we're really able to pull in the best expertise from all over the world to create the best solutions for Serbia.

What are the most pressing challenges that Serbia is facing in digital transformation, and how can it be addressed?

The most pressing challenge will definitely be the speed of change. We all need to move quickly and governments, as you know, are traditionally slow, but Serbian government is moving really fast because of our great cooperation with the private sector. Many people say that Serbia did more in 5 years than many other countries did in 20. This is because we are really working together as one team in Serbia with the industry and private sector, developing the best solution and trying to move forward; however, we need to further accelerate the pace because the pace of change isn’t getting any slower throughout the world. New technologies such as biotech for instance are coming up. We really want to be a world power in biotech. We are investing a lot but this is a rapidly emerging area, so the speed of change is the biggest obstacle, but we're really trying our best to keep up and even to be proactive, to lead the way in many areas.