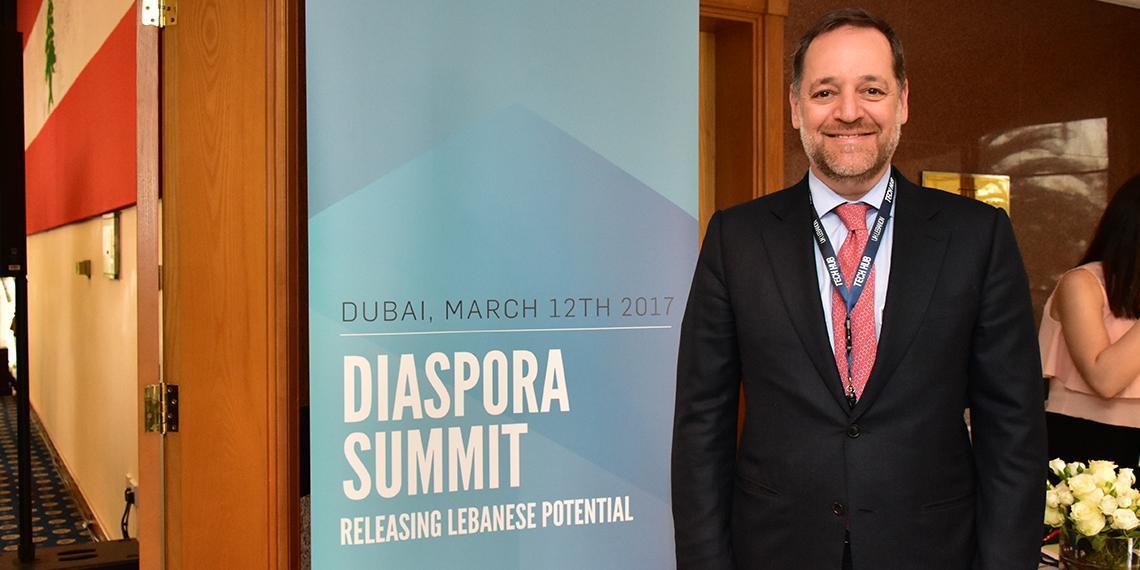 "Despite all the problems, Lebanon still has quite a lot of unshakeable assets," said His Excellency Sami Nmeir, Consul General of Lebanon in Dubai, speaking at the Lebanese Diaspora Summit hosted by UK Lebanon Tech Hub on March 12. The Summit gathered significant Lebanese figures in the technology and financial sectors to discuss "releasing Lebanese potential" by encouraging and supporting tech startups.

Lebanon's Central Bank first announced that it would be taking steps towards aiding the startup ecosystem in Lebanon in 2013 through 'Circular 331', an investment initiative to encourage Lebanese companies to invest directly or through venture capital funds. Lebanon has seen a number of internationally successful technology startups in recent years, according to the Consul General who delivered the opening speech.

"Circular 331 has been designed to unleash Lebanon's tech potential," he said. "It has helped attract capital to startups, and together with the Lebanese spirit of entrepreneurship, has garnered a reputation for innovation in the country."

"Technology is a horizontal sector and it has a multiplier effect on economic growth. There has been a lot of growth in Lebanese tech entrepreneurship in the last few years and the purpose of this event is to introduce the Lebanese Diaspora to this progress and connect and build bridges between Lebanese entrepreneurs in Lebanon and those working outside of Lebanon to create synergies and help these companies grow internationally," Zaazaa told Telecom Review.
Representing one of UK Lebanon Tech Hub's investors at the Summit was the Chairman and general manager of Al-Mawarid Bank, Marwan Kheirddine, who said the UK Lebanon Tech Hub is one of the key drivers of Lebanon's upcoming and developing ecosystem and knowledge economy.

"We believe that we have what it takes to create an ecosystem that can compete with global markets when it comes to creativity and using technology for the enhancement of productivity in most fields," said Marwan. "The Lebanese are known for their high education and we are known for exporting a lot of talent. We believe this is an industry where we can achieve global competitiveness. We can use Lebanon as a jumping board to create in Lebanon and sell to the world."

The United Arab Emirates is a country that has historically hosted a lot of Lebanese expatriates which is why the Summit was held in Dubai. However, the Summits aren't exclusive to Dubai - UK Lebanon Tech Hub recently held another Summit in Paris. The organization is striving to spread its message in different countries to connect to the Lebanese Diaspora in order to draw on their connections and expertise and promote Lebanese business.

But here is still more to be done to provide a financial lifeline to entrepreneurs, said the Consul General in his speech. This was confirmed in discussions he had with venture capitalists, he explained, "who pointed out that Lebanon, and indeed the region, when compared with advanced economies, has not been able to attract enough capital for startups."

Over the next few years, Lebanon will need a lot more capital invested into research and development to feed the knowledge-hungry population, said the Consul General. "While our main concern has been how to fund the rising tide of entrepreneurs in Lebanon, we shouldn't forget that there is a lot more to do for the ecosystem to make it friendly for entrepreneurship."

The Consul General emphasized the need to place greater value on innovation and make it easier for people to start businesses in Lebanon. He also expressed the need to generate higher education around business, technology, and other sectors, to be able to "surpass the region and the world." Lebanon must "teach the future generation to be innovators, risk takers and technology natives," he said.

Lebanese-born Osman Sultan, chief executive of Emirates Integrated Telecommunications Company (du, Virgin), expressed in his speech his desire for Lebanon to be more dynamic and have a more comprehensive ecosystem like that of the UAE where Mr. Sultan is based.

Mr. Sultan said the Arab world should look to nations like France which is "very dynamic" in terms of venture capital and entrepreneurship. "If we consider all of the money that has been put into the Arab world last year, it is fifteen times less than France," he said.

"I see that the opportunities are great, and I can only agree with His Excellency the Consul General, that despite the difficulties that we are seeing in our country, we can see a lot of entrepreneurs that come here and then go back to Lebanon and participate," thus growing the economy, said Mr. Sultan. "UK Lebanon Tech Hub is one of the initiatives encouraging this."

"A lot has been done recently - the minister of telecommunications in Lebanon has indicated new initiatives for infrastructure, so things are happening on that front," said Mr. Sultan. "But let's not hide from the reality that we are far behind when it comes to infrastructure and the ecosystem."