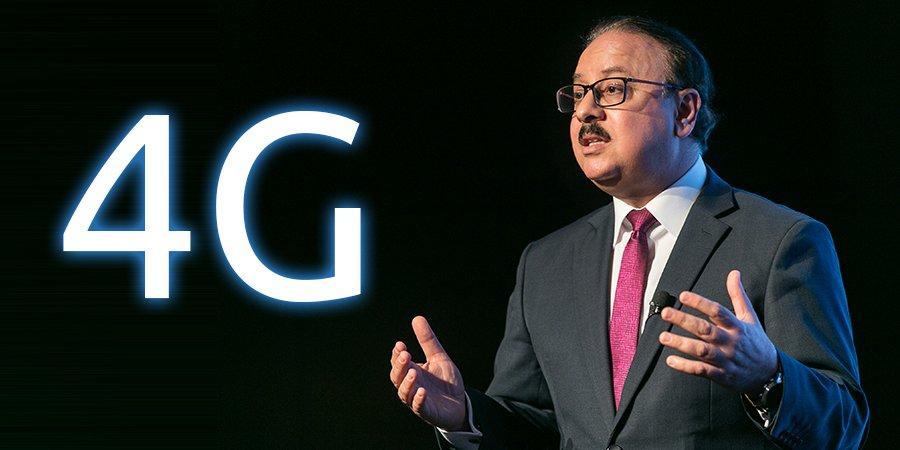 His Excellency Eng. Yasser El Kady, Egypt's ICT Minister, has announced that 4G frequencies are ready to be used in the country. Following delays, 4G services will soon be deployed. The Egyptian Government has completed preparations for the transfer of 4G frequencies to operators, according to the Minister, after selling four licenses in a 2016 auction.

"We are now ready to hand over 4G mobile frequencies to any company that is ready. We are waiting for companies to finish preparations to receive the frequencies," said El Kady speaking to Reuters news agency.

The first operators to sign deals with Egypt's regulator to acquire 4G licenses in October 2016 were Vodafone Egypt, Etisalat and Orange Egypt. Meanwhile, the nation's state-owned Telecom Egypt also plans to launch 4G within a year of receiving its frequency license.

Obtaining the licenses wasn't a straight forward process for the operators, with Vodafone Egypt, Etisalat and Orange Egypt at first rejecting the terms of the auction because they felt there wasn't enough sufficient spectrum on offer. The telcos also disputed conditions which required 50 percent of the total license cost to be paid in US dollars.

The spectrum sales were delayed due to the telecom operators refusing to participate until the issue was sorted out. Orange Egypt, for example, came to an agreement with Egypt's regulator to pay half the license fee in US dollars.

Introducing 4G to Egypt has been part of the government's long-term plan to reform the telecom industry and raise more money for the state. After the spectrum auction, Minister El Kady said $1.1 billion had been raised, and an additional $1.13 billion for the state budget.

At the Telecom Review Summit in 2016, Minister El Kady explained that in Egypt, and in other nations in the region, governments are executing sustainable development plans, noting that Egypt's sustainable development strategy bears the title "Egypt Vision 2030". The main pillars of the Strategy include social justice, knowledge and innovation and economic development. "ICTs are at the core of this Vision and over 30 projects have been implemented," he said.

The Minister shared the recent deployment of national telecom and IT infrastructure projects, emphasizing improved services offered to the citizens. He also commented on the successful awarding of the 4G licenses to Egypt's four operators, allowing them to offer numerous new services for their subscribers.