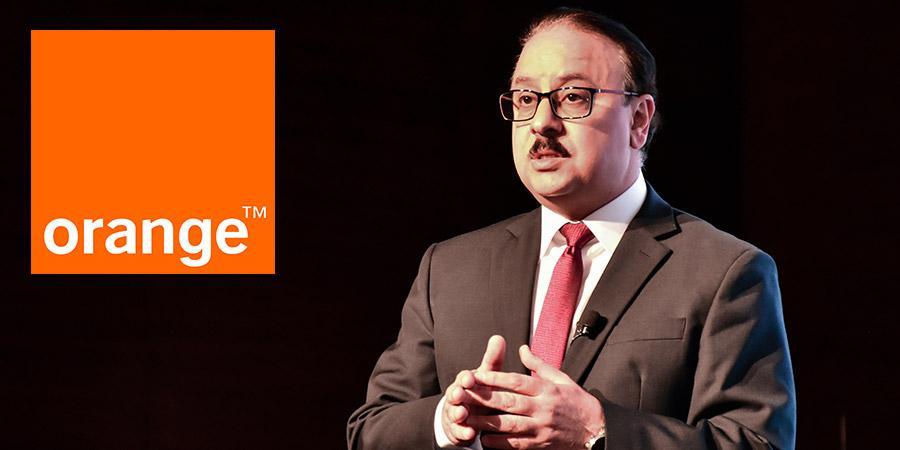 French telecom giant Orange hosted the Egyptian Minister of Communications and Information Technology, HE Eng. Yasser ElKady, at its facilities in Paris, France, from July 17-18. Orange hosted the Minister to reinforce its presence in Egypt - a presence of "utmost importance" for Orange's future development in Africa and the Middle East.

The Minister was welcomed by the Egyptian Ambassador in Paris, Ehab Badawi and by Jean-Marc Harion, CEO of Orange Egypt. He also met with several members of the Group's Executive Committee including Bruno Mettling (Orange Group Deputy CEO; Chairman and CEO of Orange Middle East & Africa), and Mari-Noëlle Jégo-Laveissière (Orange Group Senior Executive Vice-President of Innovation, Marketing and Technologies).

"We are honored to host his Excellency Engineer Yasser Al-Kady at the Orange Group's headquarters in Paris. The Group's presence in Egypt is of utmost importance to our future development in Africa and the Middle East, and we have great confidence in the potential for development within the Egyptian economy," said Mr. Mettling.

"This visit also reflects the Orange Group's willingness to work with the Egyptian Ministry of Communication and Information Technology in order to strengthen cooperation between our two countries in a context that encourages foreign investment."

The Minister visited Orange's flagship smart store in central Paris and the Group's innovation campus, Orange Gardens. The emblematic smart store was opened in November 2016 and showcases the Group's approach to customer experience, which is a key element of its strategy.

He also visited the Group's new innovation campus in Chatillon, Orange Gardens, which was inaugurated in June 2016 by the former French President François Hollande. The 72,000m² eco-friendly site brings together more than 3,000 employees across all areas of research and innovation.

The campus was conceived to foster new ways of working to increase Orange's innovation capabilities and better interact with the Group's other innovation centers across the globe. During the visit, the Minister was able to witness first-hand the latest advances made by Orange as it prepares for the future launch of 5G networks.

The Minister also attended meetings organized with senior managers on topics such as opportunities for telecom operators in the fields of mobile money, energy or m-agriculture.  Exchanges were also held on the Group's efforts to support start-ups, notably through Orange Digital Ventures, as well on topics related to the B2B market including smart cities and cyber-defense.

As a result of the meetings, Orange is contemplating leveraging the opportunities offered by new technology zones, including in Assyut, to install customer service centers. Also, as part of the Orange Group's interest in supporting emerging, innovative companies, it was agreed to support and fund technology-focused start-ups in Egypt to help them to transform their ideas into reality while creating a sustainable business model.