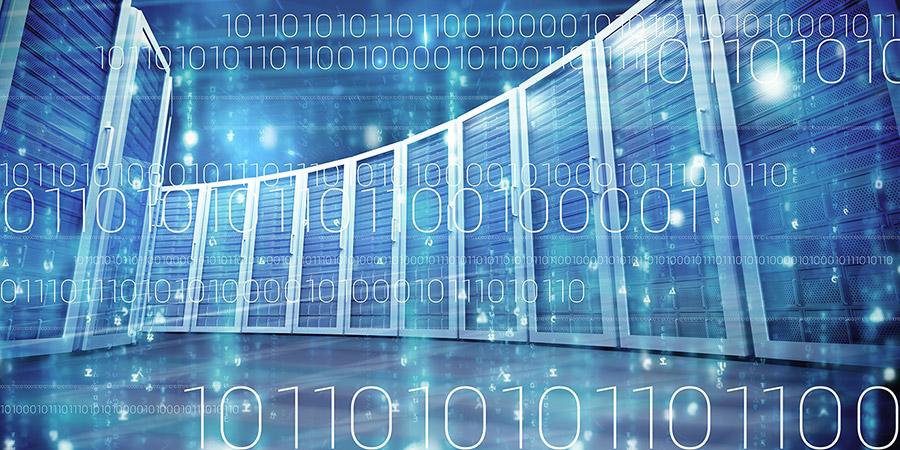 Corporate data is becoming what oil is to Saudi Arabia, says Clear Peak analyst Brad Cowdrey - outrageously profitable. There is so much valuable data available to corporations today, he says, and its potential uses are proliferating so rapidly that not using it would be negligent. But the dominance of tech giants that rule the data world has prompted calls for them to be broken up, the same way Standard Oil was in the early 20th century, over antitrust concerns.

Data in the digital era has spawned the dominance of renowned technology giants. Today, the world's most valuable listed firms all deal in big data: Alphabet (parent company of Google), Amazon, Apple, Facebook and Microsoft. These tech titans have seen their profits surge in recent years, collectively racking up over $25 billion in net profit in the first quarter of 2017. Alphabet is estimated to be worth a staggering US$498 billion compared to Apple's market cap of around US$495 billion.

Google's 21st century data-driven mindset treats information "as a principal asset - like oil - that must be actively managed and leveraged," says Cowdrey. But the value of firms like Google that profit from handling the data of billions of people has prompted calls for antitrust regulators to restrain those who control its flow. But some reports suggest that traditional watchdog methods are outdated.

The success of the dominant tech giants has undoubtedly benefited customers worldwide. For instance, Google's search engine and Google Maps app has fundamentally simplified the lives of people around the world, the same way Amazon's one-day delivery services have, and also Facebook's revolutionary social media platform. Many of the services provided by these tech giants are free of charge, but customers end up paying in a less traditional way: handing over valuable data.

The cause for concern, a report by The Economist suggests, is that having so much knowledge about consumers gives internet giants enormous power. As of the first quarter of 2017, Facebook had 1.94 billion monthly active users feeding valuable information into the platform for the company to monetize into advertizing ventures. In the third quarter of 2012, the number of active Facebook users had surpassed 1 billion, making it the first social network ever to do so.

Regulators are entrusted to make sure that huge companies, like Facebook, don't obtain too much power. But it has been suggested that the old way of approaching anti-competition concerns, such as in the era of oil dominance, is now outdated. New approaches are needed to tackle anti-competition in the modern tech industry.

Antitrust regulators came down hard on the oil industry in May 1911, when the US Supreme Court called for the dissolution of the Standard Oil Company, ruling it was in violation of the Sherman Antitrust Act. The court's decision forced Standard to break into 34 independent firms spread across the US. Many of these companies have since split, folded or merged; today, the primary descendents of Standard include ExxonMobil, Chevron and ConocoPhillips.

Antitrust concerns soon affected the tech industry as the influence of American tech giants burgeoned. In April 2012, the US Justice Department filed an antitrust lawsuit against Apple and a group of book publishers alleging they colluded to fix e-book prices. The plan was put in place by Apple and the publishers because the companies feared Amazon, which was selling e-books below cost and was monopolizing the market.

Apple also faced a lawsuit filed in 2011 seeking hundreds of millions of dollars in damages for monopoly abuse regarding its App Store. Apple was accused of creating a monopoly by making its App Store the only place to purchase iPhone applications. Lack of competition thus pushed App Store prices higher.

Meanwhile, Google has been fighting multiple claims by the European Commission which has accused the company of blocking rivals in the lucrative online search advertising market. Google also rejected allegations that it abused the market dominance of its Android mobile phone operating system.

"Google has come up with many innovative products that have made a difference to our lives. But that doesn't give Google the right to deny other companies the chance to compete and innovate," said Margrethe Vestager, European Competition Commissioner, at a news conference in Brussels, Belgium, in July 2016.

The Economist report claims the traditional antitrust methods of the past are no long useful and need to adapt to the 21st century. For example, antitrust regulators watch out for how large companies have grown to determine when they should intervene. But in today's digital era, antitrust regulators need to take into account the extent of firms' data assets when assessing the impact of major deals, rather than the size of the company itself.

Another key trigger for regulators to monitor today is the amount of money which firms are willing to fork out to acquire another company. If the amount is unusually high, it could indicate that the company is attempting to eliminate a nascent threat.

For instance, Facebook's purchase of WhatsApp, which had no revenue to speak of before it was acquired, should have raised flags when the instant messaging app was purchased for $19 billion. Facebook even attempted to acquire another rival, Snapchat, which rejected the offer.

Antitrust regulators need to become more data-savvy when analyzing the market today, the report says, such as using simulations to "hunt algorithms colluding over prices" or finding ways to boost promotion of competition.

Another solution could be to force online services to hand over data and give more control to those who supply it. In that respect, consumers would have more knowledge about exactly what information companies have about them and companies could be forced to reveal how much money they make from consumer data.

Governments could play a role by encouraging the emergence of new services in the industry by opening up more of their own data, the report suggests, or "managing crucial parts of the economy as public infrastructure" similar to India's digital identity systems, Aadhaar.

However, not all data is intended to be made public, and therein lies the problem with the information sharing era. Governments face a difficult time ahead, attempting to regulate the data economy which, for now, is dominated by a few giants - similar to the oil industry in its infancy.

The Economist report suggests that governments should share more data to equal out the competition and allow more businesses to thrive in the area of data and technology, but too much data sharing could threaten the privacy citizens and national security. While there is no simple solution, the need for effective regulation of the data economy is dire.