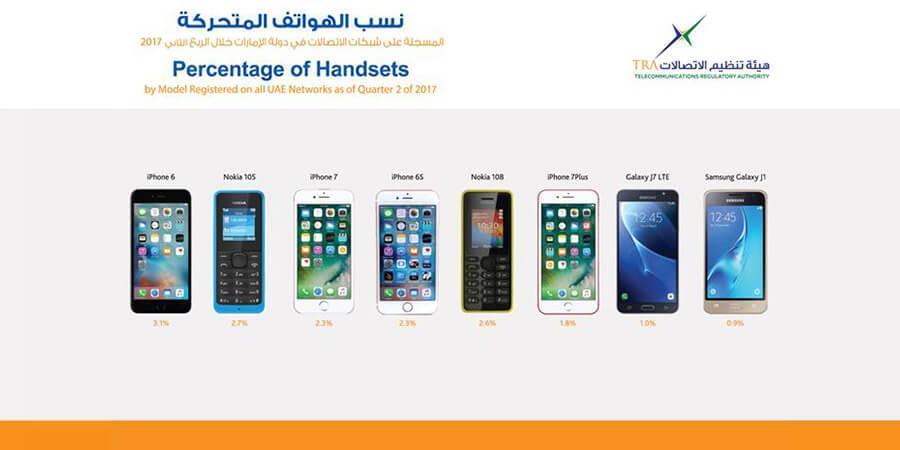 The Telecommunications Regulatory Authority (TRA) has revealed statistics for the second quarter of 2017 on the nation's most popular mobile phone handsets. Investigating the current state of the market, the report reveals the market share of mobile phones in the UAE by manufacturer and model.

The report indicates that during the second quarter of 2017, 34.5% of all handsets registered on UAE mobile networks were manufactured by Samsung. Nokia handsets were the second most popular manufacturer with a presence of 22.9%. Apple manufactured the third most popular handsets used in UAE with a share of 15.5%. This was followed by Lenovo with 5.4%, and then Huawei with 3.2%.

During Q2-2017 users of Smartphones and fixed internet services in the UAE visited various applications websites. Apple iTunes Store was by far the most visited applications website, followed by Samsung Apps, and finally Android Applications. In terms of social media, UAE Smartphone and fixed internet users made 20.4 billion visits to social networking websites during the period 1 April 2017 to 30 June 2017. Visits to Facebook accounted for 90.4% of total visits to social networking sites, followed by Twitter with 5.0% of visits, then LinkedIn with 4.6%.