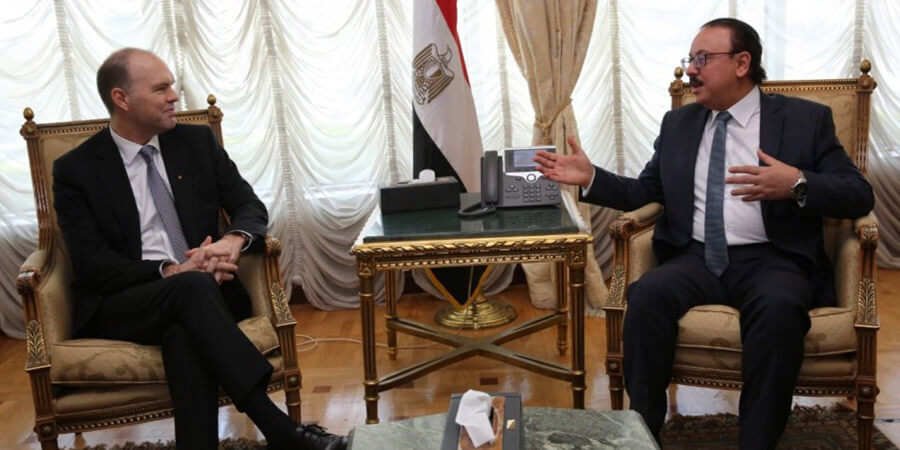 Vodafone is exploring investment opportunities in Egypt and looking to expand its business plans in the field of outsourcing, according to a statement released after a meeting between Egypt’s Minister of Communication and Information Technology, Yasser ElKady, and Vodafone Group Plc. Executive Director and Chief Financial Officer, Nick Read.

Reed announced that Vodafone Shared Services Egypt (VSSE) intends to increase investment and expand its business by establishing outsourcing centers in the technology parks of Assiut and Borg El-Arab.

ElKady hailed the achievements of the company during the past period and its investments in outsourcing projects which provide new job opportunities for youth, highlighting that Egypt attracts international companies operating in the outsourcing industry.

He stated that, during the last period, many international companies have established centers in Egypt, and Egypt's ICT exports rose to US$3.26 billion last year, referring to Egypt's competitive advantages, the most important of which is the availability of a supportive legislative environment and the ability of young calibers to provide IT services to the world.

The ICT Minister added that the development of the telecommunications services provided to citizens is one of the key priorities of the Egyptian ICT strategy, hailing the role of the National Telecom Regulator Authority (NTRA) in establishing an organizational framework that ensures the provision of advanced and distinct services to citizens and protects the rights of the state and companies.

He also underlined NTRA role in activating 4G mobile services, referring to the significance of cooperation among the sector's partners, in light of Egypt's readiness to carry out trials to launch the services of the Fifth Generation (5G).