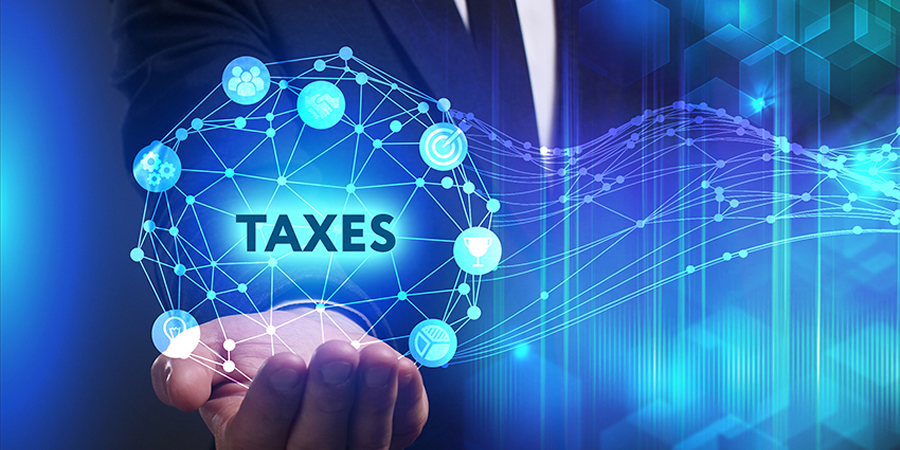 The term ‘digital’ has changed everything the moment it emerged and has become somehow a label. Coupled with different other factors, the world has found itself amid a whole new era built on digital transformation, digital currencies and digital economies. The change that occurred had a significant impact on consumers’ behavior, business operations, government systems, and of course, finance. This is when the concept of a digital tax was born.

OECD Secretary-General Angel Gurria said at the World Economic Forum held in January 2019 that he hopes to lay the foundations this year for an international tax on digital giants that could come into force in 2020.

The possibility of an international deal to tax US tech giants such as Amazon, Google and Facebook is sensitive, as countries threaten to go it alone and Europe is divided on the issue. “It is possible,” the head of the Organization for Economic Development and Cooperation (OECD) told AFP at the World Economic Forum in Davos. “I believe that the conditions exist to lay the foundations for an agreement this year that could be approved and enter into force in 2020,” he said.

The prediction comes a year after the scheme looked doomed as member countries failed to agree a text presented to the G20. At the time, “we didn't think we could do it this year,” acknowledged Gurria, who believes that “a space for consensus could now open up.”

The tax proposal would likely hit the sales of digital companies, instead of profits, which the tech companies tend to bank in the most tax-friendly jurisdiction. Faced with the difficulties of reaching an agreement within the OECD and even the EU, countries such as Britain, France and Spain have announced their intention to unilaterally tax the giants.

In Davos, Google vice president Ruth Porat supported the negotiations overseen by the Paris-based OECD, which groups advanced economies. “We are very frank: we support the OECD initiative,” she said.

In 2018, the Organization for Economic Cooperation and Development (OECD) released its interim report on the tax challenges arising from digitalization, which is a follow-up to the 2015 report on addressing the tax challenges of the digital economy. In the reports, the OECD acknowledges the importance of taking into account the shift in world economies and the ensuing need to adapt the rules accordingly, including taxation rules. The Organization, which groups major world economies, is working on a proposal for a new international scheme that would regulate taxation on tech firms.

Digital taxation: The case of the Middle East

Several countries in the Middle East and in the GCC in particular have introduced in recent years VAT. Most recently, the UAE introduced a value added tax (VAT) of 5% on January 1, 2018, after publishing the Federal VAT Law in August 2017 establishing the domestic rules applying for VAT in the UAE. The standard VAT rate of 5% is applied to goods and services, including the services offered by telecom companies.

According to the Federal Tax Authority of UAE, VAT is a tax on the consumption or use of goods and services levied at points of sale in the UAE, including the telecom sector. VAT is levied at each stage of the supply chain. In general, the final consumer is the one who bears the cost of this tax, while businesses, including telecom companies, collect and calculate the tax, as a tax collector for the Federal Tax Authority. The tax was applied on prepaid and postpaid services purchased from telecom operators.

In the UAE, just like in any other country in the world, telcos are bearing the burden of increased data demand due to the increase of OTT services such as WhatsApp, Facebook, Netflix and YouTube on mobile devices. This increased demand causes congestion in the network, compelling mobile operators to invest in network capacity enhancement, increasing their financial burden, while their text and voice profits get reduced.

OTTs were able to escape from the VAT while burdening the infrastructure of telcos who are actually subject to the VAT. Technically, operators had to add a 5% VAT on all their services while consumers were able to benefit from OTT services for free and without any increase in tariffs. This certainly puts into question the fairness and integrity of tax systems, with global online service providers being seen to gain a competitive advantage over enterprises that operate at a domestic level.

Europe has lead the way in terms of digital taxation with its so-called “GAFA tax” - named after Google, Apple, Facebook and Amazon - to ensure the global internet giants pay a fair share of taxes on their huge business operations in Europe.

“We are working on a tax that would affect internet service companies with global sales of more than 750 million euros ($850 million) and 25 million euros in France,” Economy and Finance Minister Bruno Le Maire announced. “If these two criteria are not met, the taxes will not be imposed.”

The low tax rates paid by US tech giants in Europe has repeatedly caused anger among voters in many European countries but the 28-member bloc is divided on how to tackle the issue. Ireland, which hosts the European headquarters of several US tech giants, leads a small group of otherwise mostly Nordic countries that argue a new tax could lead to reprisals against European companies and stoke anger in the US. France and Germany had agreed to introduce a new joint measure in 2021, which would give the Paris-based OECD time to work on a new global solution.

Policymakers across the world have had difficulty in taxing the US-based giants who dominate their sectors internationally, but who often route their revenues and profits via low-tax jurisdictions to reduce their liabilities. Countries such as France have sought to introduce the digital tax due to domestic budget concerns and with the aim of generation new revenue streams.

Some other EU member states such as Britain, Spain and Italy are also working on national versions of a digital tax, with Singapore and India also planning their own schemes. Austria is also among the first EU countries calling for the tax. Austrian Chancellor Sebastian Kurz vowed to press ahead with a tax on large internet and technology companies, following France's example, as the European Union struggles to finalize a new EU-wide levy. “It is only fair that internet giants in Europe pay a proper amount of tax,” Kurz said. “In addition to an EU-wide move, we'll also act on a national level. We will introduce a digital tax in Austria.”

Kurz said that EU member states “agree in principle that there is a need for such a tax.” He said the tax would come into force soon as part of the government's planned tax reforms in 2020. “The aim is clear - to tax companies that generate huge profits online, but pay hardly any tax on them, such as Facebook or Amazon,” Kurz said.

Under EU law, US technology titans can choose to report their income in any member state, prompting them to pick low-tax nations like Ireland, the Netherlands or Luxembourg. Such firms, on average, pay a nine percent levy, compared to 23% for other businesses, according to Margrethe Vestager, the EU competition commissioner.

However, fears of retaliation by the US president have blunted Germany's ambition for a European digital tax, with Paris and Berlin now proposing a scaled down version. “Until now, there has lacked a clear commitment by the Germans,” said EU economics affairs commissioner Pierre Moscovici. “There's an elephant in the room: the fear of trade reprisals by the Trump administration that might consider a tax as a protectionist measure against US high tech giants,” he told reporters. Germany especially fears damaging tariff hikes on vehicle exports to the US.

The digital tax initially aimed to cover a wide swathe of the digital economy, potentially capturing companies such as Amazon, AirBnB and Trip Advisor. In the watered-down proposal, the scope of the tax would be largely limited to ads on Google and Facebook, which dominate the online advertising market in Europe and around the world. The tax would only come into force in 2021 if a plan for a global solution being negotiated at the OECD is not agreed before then.

However, it seems that achieving a global consensus on tax reform in the digital age is quite difficult, especially that many countries are actually benefitting from tax havens. With digitalization, governments across the world are losing increasing portions of their tax revenue. It may be hard to reach a common agreement on taxation reforms in digital economies, but eventually, that might the only solution.

Digitalization continues to be an important enabler of global economic growth, therefore, every regulating system should seek that enabling aspect. Policies related to taxation of the digitalized economy should seek to promote, and not hinder, economic growth and cross-border trade and investment. That is where every effort deployed should be oriented.