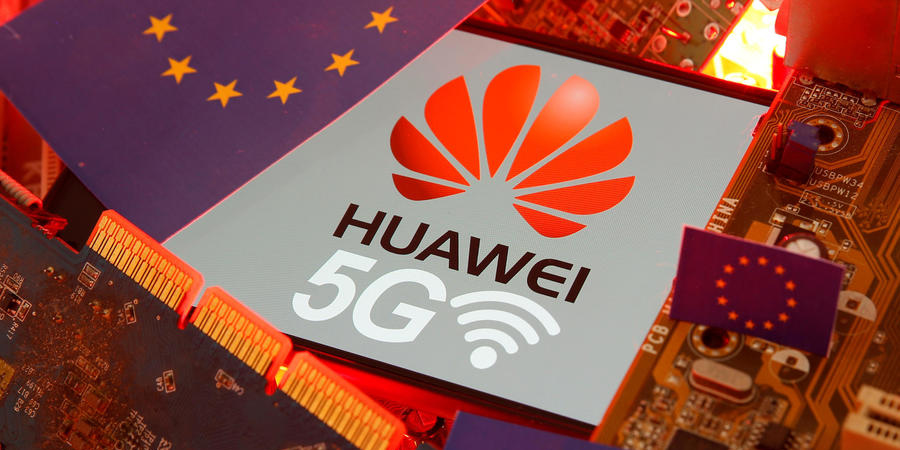 Tougher UK and EU rules restricting Chinese 5G network supplier, Huawei, could be a golden opportunity for competitors, Nokia and Ericsson, to take back the reigns. However, analysts are also warning that the companies may struggle to meet the increased demand.

Britain imposed a 35 percent cap on the role of "high-risk vendors" in building the country's next-generation communications network, over security concerns. The change will hit Chinese giant Huawei, whom critics accuse of being ultimately under the control of Beijing, an allegation it strongly denies.

The EU followed by releasing guidelines urging member states to avoid dependency on "high risk" suppliers, though the bloc stopped short of naming Huawei or calling for an outright ban.

On the face of it, the biggest beneficiaries from this week's announcements appear to be the Chinese firm's two largest competitors, Nokia and Ericsson.

According to analyst Matthew Howett of Assembly Research, "BT in the UK thinks it's going to cost it £500 million ($660 million) to switch out Huawei, so a good chunk of that will now be going to Nokia and Ericsson.”

Nokia welcomed the EU's guidelines and commitment to cybersecurity, saying in a statement that "5G starts and ends with trust and security."

Ericsson greeted the "comprehensive approach" agreed by the EU countries. Ericsson also declares that they “stand ready to support this process to ensure a high level of protection for European citizens and business".

However, industry watchers claim that fulfilling the increased demand left by market leader Huawei may not be straightforward. Huawei is widely seen as providing the most advanced 5G for the super-fast data transfers, necessary for self-driving cars and remote-controlled robots in factories or operating theatres.

"A discussion needs to take place about Huawei's perceived leadership position, and how ready Nokia and Ericsson are to step up to that over the next three year period," Matthew Howett said.

"Can they give network operators the equipment they need in the timescale?"

Last year Nokia downgraded its 2020 earnings forecast in the face of fierce competition over the 5G networks market, while chief executive Rajeev Suri played down the firm's delays in delivering some equipment orders.

According to smartphone analyst Neil Mawston of Strategy Analytics, any difficulties in meeting demand will be felt by European consumers.

"Restricting Huawei kit from the network potentially means the cost of 5G will be slightly higher and the rollout slightly slower," Mawston said.

Telecom analyst Anders Elgemyr from investment bank, Carlsquare, believes Nokia and Ericsson have already benefited, as operators begin to steer clear of Huawei for fear of driving away clients.

"If you lose customers by using Huawei equipment, then you avoid it," Elgemyr said.

Nokia and Ericsson have already won contracts with one of Europe's largest mobile operators, Orange France, to deploy 5G networks across the country. However, the battle for network contracts in Europe remains fierce, with Orange having used Huawei in its other markets including Spain, Belgium, Poland and Romania. In Germany, the Chinese firm secured a contract to provide 5G for Telefonica.

Elgemyr expects Huawei to fight back by aggressively targeting markets in Asia, South America, the Middle East and Africa -- which in turn could lead to more pressure on Nokia.

"This political 5G tussle will rumble on for the rest of the decade," Mawston predicted.