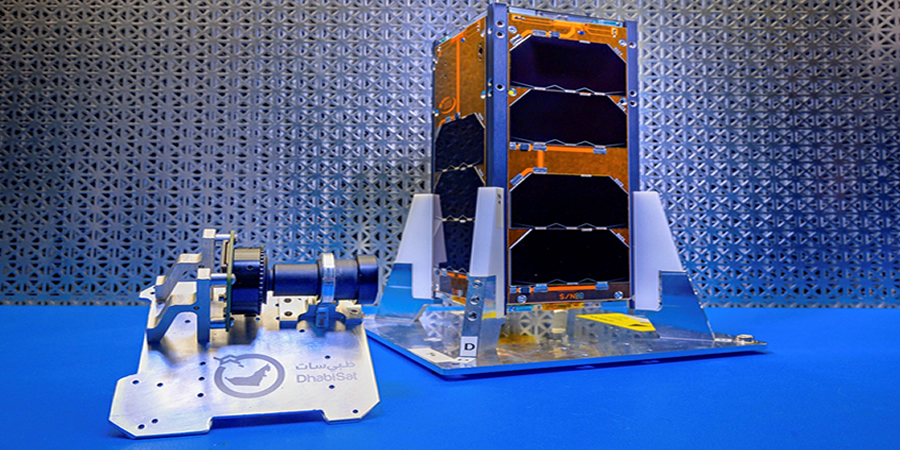 Khalifa University of Science and Technology, Al Yah Satellite Company (Yahsat) and Northrop Grumman announced ‘DhabiSat’, the second CubeSat designed and developed by Khalifa University students with support from partners, lifted off aboard the Cygnus NG-15 spacecraft on the Antares rocket to the International Space Station (ISS) from the Wallops Flight Facility in Virginia, US.

The launch of DhabiSat marks another milestone event for the UAE, the Khalifa University community, as well as for collaboration partners Yahsat and Northrop Grumman. DhabiSat will be deployed from the resupply spacecraft Cygnus NG-15, following its departure from the ISS in approximately three months.

Developed by 27 graduate students at Yahsat Space Lab, which is part of the Khalifa University Space Technology and Innovation Center (KUSTIC), the DhabiSat project is helping to train a new cadre of youth to become qualified engineers to support the growing space sector in the UAE.

Once deployed, DhabiSat will enable students to test custom software modules, developed in-house by the students, for the Attitude Determination and Control Subsystem (ADCS). The high resolution camera on DhabiSat can capture images at 12.6 meters per pixel spatial resolution on ground, from an altitude of 450 km.

Dr. Arif Sultan Al Hammadi, Executive Vice-President, Khalifa University of Science and Technology, said, "The launch of DhabiSat is another remarkable achievement for the UAE, Khalifa University and the partners, marking a major milestone for the UAE’s space sector that will have locally-qualified, and trained manpower equipped by academic institutions within the country. This CubeSat was entirely designed and developed by students with support from our partners, and demonstrates another example of Khalifa University’s overarching strategy to develop space scientists and engineers who will take the UAE forward in terms of technological progress."

"We believe DhabiSat will stand testimony to our commitment to developing dedicated human capital through our exclusive academic programs, our research center KUSTIC and with the support of our collaboration partners," he added.

Muna Almheiri, Chief Human Capital Officer of Yahsat, said, "On behalf of Yahsat, I would like to congratulate the team of students and other stakeholders on this outstanding achievement. DhabiSat is a worthy successor of MYSat-1, the first educational mission conceived and launched by Yahsat Space Lab three years ago. Since its inception, the lab has championed industry-academic collaboration, facilitating knowledge and resource transfer to hone latent talent within the country. It’s high-tech and specialized research facilities support the development of intellectual capital required to advance the UAE’s ambitions in space."

"We are very pleased with the outcome of our partnership with Khalifa University, Northrop Grumman and the UAE Space Agency, besides the giant strides each of us has taken to build the capabilities of our youth. As DhabiSat approaches deployment, we anticipate exciting times, and will continue to provide support and unlock opportunities for aspiring space and satellite engineers," Muna Almheiri said.

"DhabiSat is the second satellite that we have collaborated on and launched with Yahsat and Khalifa University," said Frank DeMauro, vice president and general manager, tactical space systems division, Northrop Grumman. "The experimental attitude control algorithms being tested by DhabiSat have the potential to improve the efficiency of future CubeSats and exhibit the innovative research and technological development possible in the application of small satellites."

Khalifa University’s first CubeSat MYSat-1, conceptualised, designed, integrated, tested and operated as part of the Master’s Concentration in Space Systems and Technologies program, was deployed in February 2019. It carried an experimental coin cell battery, based on the technology developed at Khalifa University along with a VGA camera integrated at the Yahsat Space Lab based on commercial off-the-shelf (COTS) components.

KUSTIC continues to play a significant role in the development and deployment of satellites, supporting other universities. These include the MeznSat project, developed by students from Khalifa University and American University of Ras Al Khaimah, as well as the Light-1 CubeSat being developed at Khalifa University, incorporating a payload based on a winning proposal from a student team of NYU Abu Dhabi in the UAE MiniSat Competition organized by Khalifa University and UAE Space Agency.