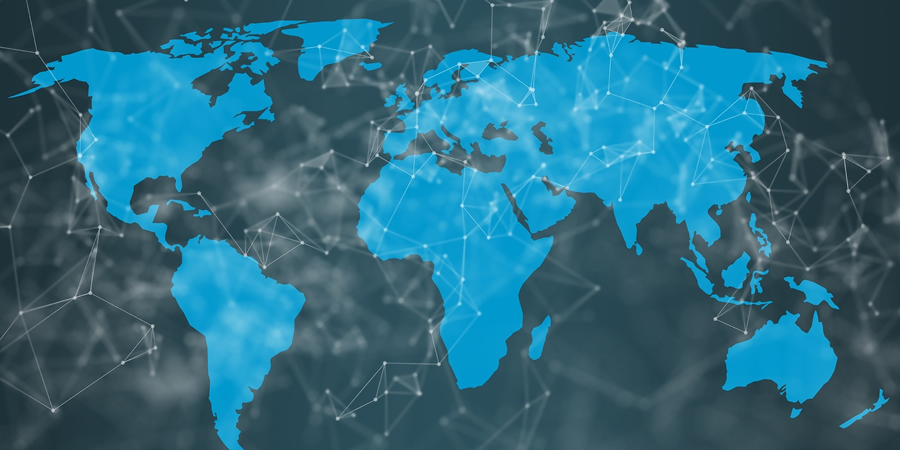 Japan, Finland, China, Europe, Korea, and the US, are among the global players involved in preparation for the sixth-generation (6G) technology. Even amid an era where 5G adoption is still yet to be mainstream, planning for the next decade has already commenced.

Interest in 6G technology is growing as major industry players target launches in 2030. In fact, research shows that the first commercial 6G deployments could be done as early as 2028 and 2029, with the first standard technology expected around 2026.

6G is expected to play a key role in the evolution of society as the convergence between the digital, and physical worlds becomes a reality. Key features of 6G include intelligent connected management and control functions; integrated sensing and communication; reduction of energy footprint; and scalable, affordable, and trustworthy infrastructure.

Japan, Finland
Japan's Beyond 5G Promotion Consortium will conduct a joint research and development (R&D) initiative for 6G with Finnish group 6G Flagship. This will pave the way for making significant contributions to global standards and regulatory developments.

This initiative follows a $4.5 billion commitment between Japan and the US last April towards the development of next-generation communications technology. The Beyond 5G Promotion Consortium, which aims to commercialize 6G technology in the 2030s, includes the University of Tokyo along with major Japanese telecom players such as NTT Docomo, KDDI, and Rakuten Mobile. On the other hand, 6G Flagship is led by Finland's University of Oulu.

In line with this, Japan’s Ministry of Internal Affairs and Communications aims for the country to command at least a 10% share in 6G patents together with a slice of 30% or more in equipment and software.

Director of 6G Flagship Matti Latva-aho stated that the collaboration is significant for its homeland’s research into future technology. Moreover, the partnership is driven by the Japanese government’s decision of investing $2 billion in the development of 6G technologies.

China
In a white paper released by the IMT-2030 (6G) Promotion Group, the next mobile generation is anticipated to be a highly intelligent network, with 6G to be deployed on new terahertz (300GHz-3THz) frequencies in addition to the existing 5G spectrum.

Analysts pointed out that China has a clear edge in the global 6G race as the country does not have any gap in technology from the generations of 3G to 5G. Hence, this will be exactly the same scenario when it comes to developing 6G. Previously, China Unicom and Chinese telecom equipment vendor ZTE announced that they had agreed to work on 6G technological innovation and standards.

In November 2020, China has launched a satellite to test terahertz signal transmission, following China’s Ministry of Science and Technology statement of setting up two working groups to carry out research on 6G.

Korea
With the technological landscape rapidly changing, the US and Korean governments have also strengthened their partnership on critical and emerging technologies to promote shared security and prosperity. Recognizing the importance of telecom security and vendor diversity, President Biden and President Moon committed to unite in developing open, transparent, and efficient 5G and 6G network architectures using Open RAN technology.

The government of Korea is expected to spend approximately KRW 200 billion ($169 million) for five years — 2021 and 2026 — to develop 6G technology as well as secure patents and form R&D and industry foundations for the new technology.

Europe
In Europe’s case, a new white paper from the 5G Infrastructure Association (5GIA) has been released. Entitled ‘European Vision for the 6G Network Ecosystem’, it covers key areas related to 6G research from a technical, societal, policy, and business perspective.

Back in February, the European Commission announced almost a €900 million in funding for 6G research as part of the Smart Networks and Services (SNS) project. This is in accordance with the framework of the EU’s Horizon Europe program. Peter Stuckmann, the Commission’s head of unit at Future Connectivity Systems said, “Research and Innovation (R&I) initiatives on 6G technologies are now starting around the world, with the first products and infrastructures expected for the end of this decade. In Europe, the first set of 6G projects worth €60 million was launched under the 5G-PPP.”

Stuckmann added that the success in 6G will depend on the extent to which Europe succeeds in building a solid 5G infrastructure and the allocation of spectrum resources.

US
Moving towards North America, US operators are also showing a progressive stance upon committing to the Next G Alliance, a group developing and defining a National 6G Roadmap. The group consists of 45 leading ICT companies within the United States and Canada such as AT&T, Bell Canada, Telus, Verizon, Ciena, Nokia, and Qualcomm Technologies.

On top of that, the UK and the US have recently agreed to deepen ties on science and technology and create a new era of strategic cooperation in the field. It will see the countries work towards developing proposals on future technology such as 6G and strengthen collaboration on digital technical standards.

The development of 6G could give the US the opportunity to regain lost ground in wireless technology, as ongoing tech wars between the western territory against China continue. “Unlike 5G, North America will not let the opportunity for a generational leadership slide by so easily this time,” said Vikrant Gandhi, senior industry director of information and communications technologies at Frost & Sullivan. “It is likely that the competition for 6G leadership will be fiercer than that for 5G.”

In 2019, the Federal Communications Commission (FCC) unanimously voted to open up the "terahertz wave" spectrum that could be used for 6G services. The spectrum, which falls in the 95 gigahertz (GHz) to 3 terahertz (THz) range, will be open for experimental use under a 10-year license to let engineers begin unveiling the next generation of wireless.