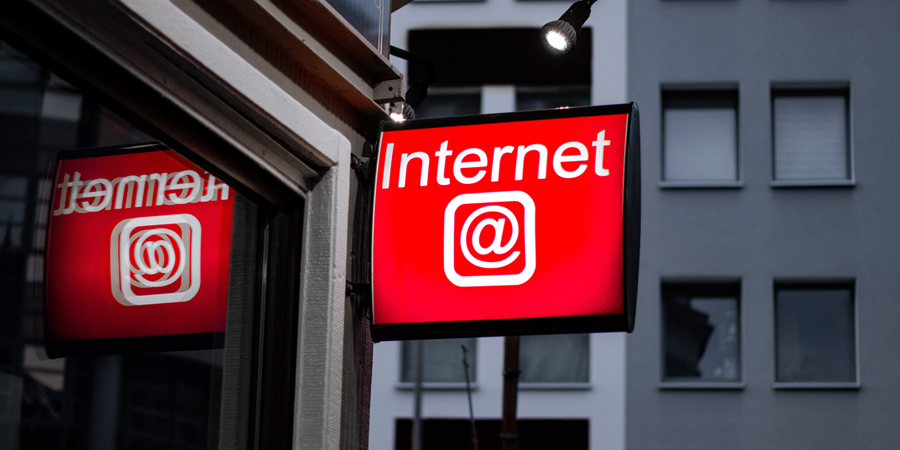 The internet has come a long way since the 80s when the ARPANET and the Defense Data Network were officially converted to Transfer Control Protocol/Internetwork Protocol (TCP/IP) standard that allowed people to use computers on different networks to connect.

With the introduction of the world wide web, the use of commercial internet opened the floodgates of communication opportunities, giving birth to the terms such as ‘netizens’, referring to people using the internet for various reasons and purposes. Companies that ran on internet connectivity have mushroomed since that time and continue to do so.

The internet has become the information highway connecting billions of people worldwide and it is the core fabric of the modern digital savvy society.

However, a problem prevails. Considering the possibilities of things that can go wrong in a hyper-connected world like ours, some nations are already proposing to build an alternate internet. The potential fragmentation of the internet has been given a name, and it’s called “splinternet.”

Although the changes in the “new internet” standards would comply with international standards development organisations (SDOs), such as the the International Telecommunication Union (ITU), the concerns of such advancement fragmenting the global internet’s shared and ubiquitous architecture have become a hot tech topic.

What is the ‘splinternet’?

It is a combination of the words ‘splinter’ and ‘internet’. The term ‘splinternet’ denotes the co-existence of various internet networks based on different standards and technologies, which result in the fragmentation of the World Wide Web at a conceptual level. Other terms such as ‘decoupling’ or ‘bifurcation of the internet’ are also being used to refer to the same idea.

One thing is for certain. If technologies such as the internet require different standards of operability in different regions, its impact on the globalization of the economy will be filled with complexity and legalities.

We have already witnessed some form of splintering of the internet at least at a content level when various applications were banned in different countries.

For instance, the short-video sharing app, Tik Tok, is still banned in India, along with many other apps on charges of transmitting user data in an unauthorized manner to server locations outside India. In China, social media platforms such as Facebook and Google are banned from operating.

“The splinternet is a concept that has been around for some time and the question now is how deep it goes and whether we will get to very different interoperable or non-operable ecosystems,” says Paul Triolo, practice head of Geo-Technology at Eurasia Group.

“At one level, we can live with not using the same search engine or social media, but as we go deeper into the stack, it creates a lot of problems for both individuals, in terms of roaming and getting seamless access to the internet around the world, and for businesses, which prefer to work on a global standard platform and not run into interoperability problems,” he adds.

What does it mean for the telecommunication sector?

Planning and developing new networks such as 5G take years of collaboration between industry bodies, experts, and companies to create standards that define how they work and their interoperability around the world. A global consensus will have to be reached before two or more systems can work together efficiently. With a fragmented internet, experts feel that reaching such a consensus could only be a ‘pipe dream.’

“The idea that there can be global standards for technology is a pipe dream,” says Abishur Prakash, geo-political specialist at the Center for Innovating the Future, referring to the potential ramification of the splinternet.

Another important factor that needs to be considered in an alternate internet environment is data governance.

“Data governance is going to be a critical issue with the fragmentation of cyberspace. Countries with different data governance regulations will face difficulty in interoperability”, says Triolo.

With an increased sensitivity about data privacy globally, a varied framework on the transmission of data flow from country to country can only add to the uncertainty for telcos to provide customers the expertise to manage, treat, store, and protect confidential data.

Furthermore, a fragmented network has the potential to create new challenges to cyber defence and could give malicious players the upper hand in taking advantage of the complex ecosystem in strategizing their next move.

“The cyberspace is ever more fragmented today as every company and nation-states fiercely guard their virtual interest. Hence there is a need to promote the establishment of an open and transparent environment to pursue free flow of ideas, innovation pursuing technical excellence that will help accelerate digital transformation and safeguard our digital future,” says Aloysius Cheang, chief security officer, Huawei, UAE

Industry guardians such as GSMA alongside 3GPP are running initiatives such as the Network Equipment Security Assurance Scheme (NESAS) to provide an industry-wide security assurance framework to facilitate improvements in security levels across the mobile industry. NESAS sets security requirements and an assessment framework for secure product development and product lifecycle processes, as well as using 3GPP defined security test cases for the security evaluation of network equipment.

Initiatives such as NESAS are in keeping with maintaining the security hygiene of networks that are critical for the functioning of the digital economy.

How can splinternet impact day-to-day living?

With regulations on data governance, technical standards and cybersecurity laws, the splintering of the internet has the potential to act as gatekeepers to information that has been easily available today. A small instance would be that it can give way to vendor lock-ins, making customers dependent on a particular vendor for products and services, triggering market monopoly.

The internet has been a savior of a technology. The proof has been the COVID-19 pandemic. Despite the challenges, the internet kept the world going and the economy chugging. As a prime example, Amazon will add 3,000 permanent jobs in Italy by the end of this year even as it plans to scale up as consumers are increasingly relying on the internet for their purchases.

Splinternet or no splinternet, the internet cannot risk jeopardising the innovation and technological advantage that it has given to humankind since its humble beginnings. Every stakeholder must work towards the best possible outcomes that this 21st century technological marvel has to offer.