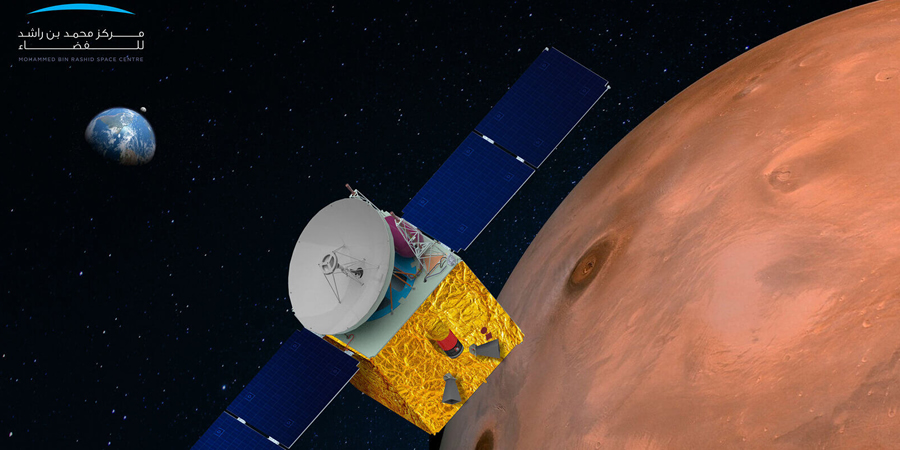 Hope Probe, UAE’s debut mission to the red planet, is now in its most critical stage as the spacecraft is set to enter Mars orbit on February 9, 2021, Tuesday, at 7.42 PM UAE time.

According to The Mohammed bin Rashid Space Centre (MBRSC), the Hope Probe’s Mars Orbit Insertion (MOI), the most critical phase of the mission, will last an uninterrupted 27 minutes. The Hope Probe approaches Mars with such a velocity that it will slingshot around it and continue into deep space if it isn’t slowed down to the level that it can be captured by Mars’ gravity.

During this time, the speed of the spacecraft will decelerate from its cruising speed of 121,000kmph down to 18,000kmph to achieve MOI.

Nearly half of the fuel is spent to slow the Hope Probe down enough to capture Mars’ orbit.

Omran Sharaf, Project Director of the Emirates Mars Mission, said, “We are nearing the most critical part of the mission. Though we have carried out multiple tests and are confident about the manoeuvres we have performed, space exploration always includes an element of risk and we are keenly aware that 50 per cent of all missions to Mars have failed. Despite years of tests and peer reviews, this operation is the first time our platform has been tested in such a complex and stressful manoeuvre in deep space.”

“The MOI is one of the riskiest phases in the mission. The main reason behind it is because for the first time we use our system and platform that has been developed for deep space to perform this operation for a long time.

“The previous the critical phase was the launch phase, but there we used the MHI launcher – a launcher that has heritage and success rate”

The probe was 100 per cent indigenously manufactured, enabling young Emirati scientists and engineers to take on a massive challenge in the new field of space.