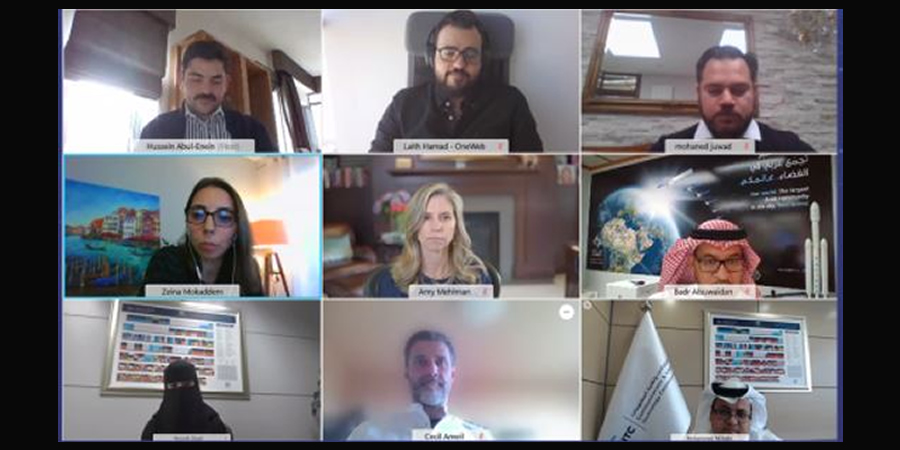 In a bid to harness the potential of new satellite technologies to increase broadband speed in remote areas up to 100 Mbps, the international satellite industry came together in a webinar on "Fostering New Generation of Satellite Technologies in Saudi Arabia", organized by the Saudi telecom regulator the Communications and Information Technology Commission (CITC).

Satellite technologies are among the most exciting innovations in the ICT sector and are now entering the mainstream. Commercially, they are ready to be considered alongside terrestrial technologies such as fiber, microwave, Wi-Fi and mobile, to drive global broadband adoption.

The webinar follows the recent release of CITC's “spectrum outlook for commercial and innovative use”, which seeks to optimize the use of the spectrum in Saudi Arabia, thereby enabling satellite technology, safeguarding satellite industry investments and encouraging development to satisfy the Kingdom's demand for connectivity.

Explaining the rationale behind the webinar, Dr. Mohammed Alotaibi, deputy governor for radio spectrum at CITC said, ‘’In our role as Saudi Arabia’s digital regulator, we understand that satellite technologies are integral part for the Kingdom’s digital transformation.’’ Alotaibi further emphasized the importance of emerging technologies in the satellite industry for areas with poor connectivity, ‘’New LEO satellite technologies support providing broadband services by complementing existing terrestrial networks and connecting unconnected areas, with potential speed that can reach 100 Mbps with low latency’’

In addition to faster internet speeds, new generation of satellite technologies will improve broadband services in aircraft and ships, enable Internet of things services, and become part of the wireless networks of the future.