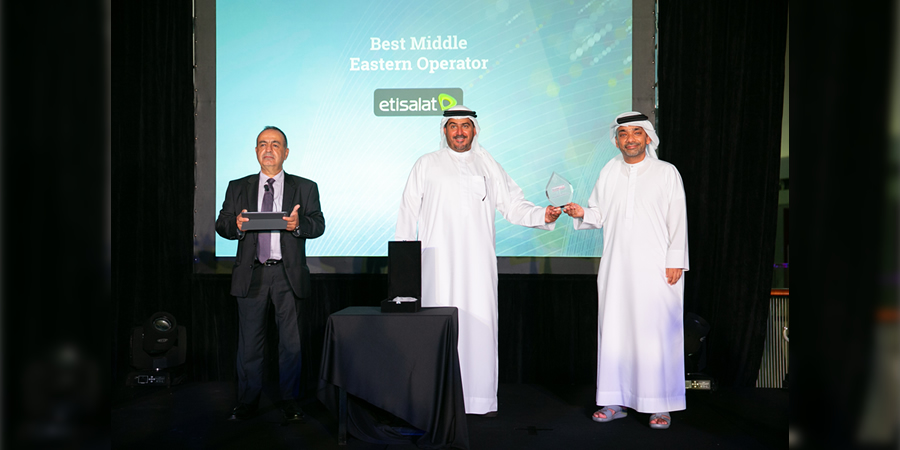 Etisalat won the award for best Middle East operator due to its various global achievements right from being recognised by Ookla as having the fastest global mobile network in the world, beating out even the most developed nations and global operators, bringing pride and joy to UAE as one of the top proud flag bearers of the rich hallmarks of innovation and progress. In 5G, Etisalat set a benchmark by providing access to 5G fixed services for the first time UAE.

It was the only MENA Telecom brand to be among the world’s top 20 telecom brands and the first Middle Eastern group to break the $10 billion barrier in terms of widest portfolio value. In terms of the network, due to Etisalat continuous investments in the network, UAE today is ranked as no.1 in Fiber Optic network deployment globally.

For the ‘Middle Eastern Wholesale Operator’ Etisalat truly deserved the award as it has enhanced its position as a regional ICT and data hub by adding a new Tier 3 data center to its existing SmartHub facility in Fujairah/UAE. This development makes Etisalat’s SmartHub, which covers a region of 2 billion people within thirty-millisecond latency, the preferred option for various customers from various verticals such as financial services, gaming, video streaming, and cloud providers.

Etisalat increased its 4G/LTE roaming footprint over the past 12 months to more than 520 networks in 178 countries, which puts Etisalat in the leading position when it comes to roaming coverage to its own customers and to the MNOs who would like to leverage Etisalat’s roaming reach for their own roaming service. Furthermore, Etisalat launched 5G roaming services with more than 30 operators in 18 countries.

The operator also leveraged their existing SmartHub ecosystem, strong partnerships and international connectivity to increase the available internet bandwidth by over 60%. This ensured that customers continued to enjoy the superior service that Etisalat offers during the COVID-19 pandemic despite the huge surge in data traffic from the wide adoption of remote learning and working.