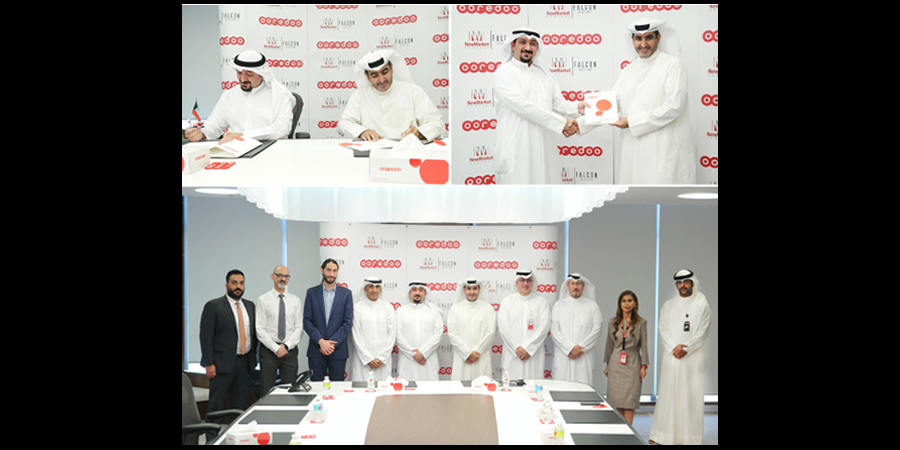 Ooredoo Telecom has partnered with New Market owned Falcon company, one of Kuwait’s leading drones technology and service provider to launch the latest drone products and accessories in the Kuwaiti market, with the best packages offered exclusively to Ooredoo customers, including an opportunity to purchase the DJI Mini SE drone starting from KWD 6 per month, through the MyOoredoo app, Ooredoo Kuwait website, or by visiting any of the company's branches throughout Kuwait.

DJI Mini SE weighing under 249 grams, which is as light as an average smartphone, makes it exceptionally portable and is the lowest and safest weight class of drones, with exemptions in drone regulation in many countries. Moreover, the DJI Fly application offers a simple and intuitive user experience, enabling the end-user to create cinematic shots with just a few taps. It also includes a flight tutorial, a feature to help customers get started with DJI Mini SE quickly and safely. The DJI Fly app offers a variety of creator templates that generate exceptional videos with just a tap.

Commenting on the new partnership, Abdulaziz Yaqoub Al-Babtain, chief executive officer, Ooredoo Kuwait, said, “We take pride in our partnership with New Market, which goes in line with our strategy that aims to offer the latest innovative products to all our customers. Today, capturing real-time pictures has become critical for photography lovers, and the public in general in which the value of such pictures is drastically increasing in which they are now competing to provide the best creative visual content. By providing the DJI Mini SE, Ooredoo customers will be able to go creative which leads to conveying a more enjoyable picture of life and all that goes on around us.”

Falcon's efforts began in 2014 when the distinguished team gained paramount brand confidence in the Drones technology, such as DJI, and became the first authorized distributor in Kuwait. With its best of industry services, Falcon was able to be the leader in Kuwait and the region in providing the latest services and technology related to drones. Less than a year later, Falcon was appointed in 2015 as the first certified workshop in the Middle East, and in 2018, the first authorized store was opened in the Middle East.

Meanwhile, Bader Jeragh, CEO of New Market, said, “We take pride in our partnership with the Ooredoo being the leading provider of innovative digital services in Kuwait, which will allow us to provide the most demanded DJI Mini SE drone for all lovers of travel and excursions.”