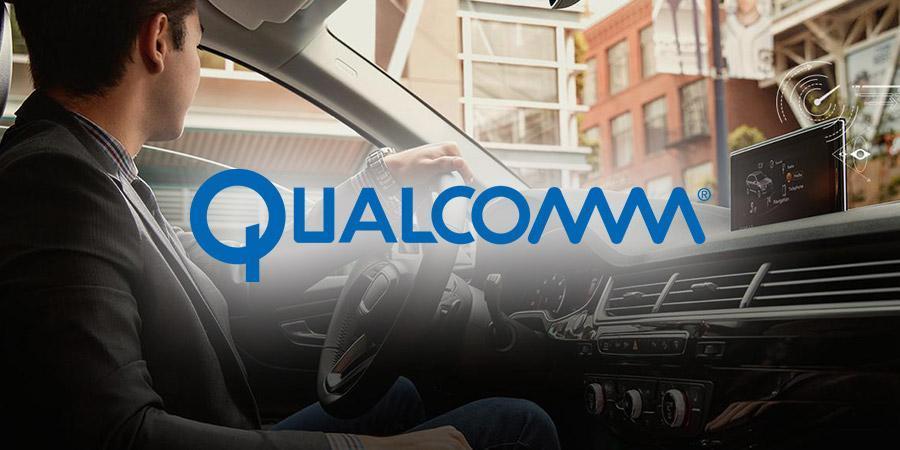 US chip firm Qualcomm has announced that it has released a chipset which has been specifically designed based on 3GPP cellular standards for the 'connected cars'. In a statement issued to the press, Qualcomm introduced the 9150 Cellular Vehicle-to-Everything (C-V2X) chipset which combines LTE network connectivity with direct communications in the internationally harmonized 5.9GHz band.

A spokesperson for Qualcomm confirmed that the cellular component is designed to support telematics, connected infotainment and a range of safety features. In addition to this, it was disclosed that the direct communications component is expected to be used for low latency transmissions within the car's immediate surroundings in order to facilitate and support safety features - also included is global navigation satellite system connectivity.

Qualcomm has claimed that its innovative chipset will revolutionize the connected car industry and that it will provide an extended communication range, improved reliability and non-line-of-sight performance. It has also been disclosed that Qualcomm's latest new chipset will be included in its dedicated solution the C-V2X Reference Design.

The new chipset will be commercially available in the second-half of 2018. Qualcomm confirmed that rigorous the C-V2X standards were completed in March 2017, which will be followed by rigorous testing and trials throughout the rest of 2017 and into next year. The innovative chipset developed by Qualcomm will include radio layer specifications from 3GPP and application layers which have been defined by the automotive industry in a bid to allow for additional services and features to be added.

Vice President of Product Management at Qualcomm, Nakul Duggal said that the release of its new chipset only serves to reinforce its commitment to developing innovative and revolutionary solutions that will make autonomous and connected cars much safer.

He said, "With its strong synergy with telematics and an evolution towards 5G, C-V2X offers benefits to the automotive industry by developing new capabilities for improving road safety, and enhancing autonomous driving and advanced connected services, while building on the ITS momentum and investments made over the last decade.

Industry experts have claimed that C-V2X has been specifically created in order to support safer roads, increase productivity and decrease traffic congestion. Qualcomm has also announced that it will jointly test 5G and C-V2X technologies with LG during the first-half of 2018.