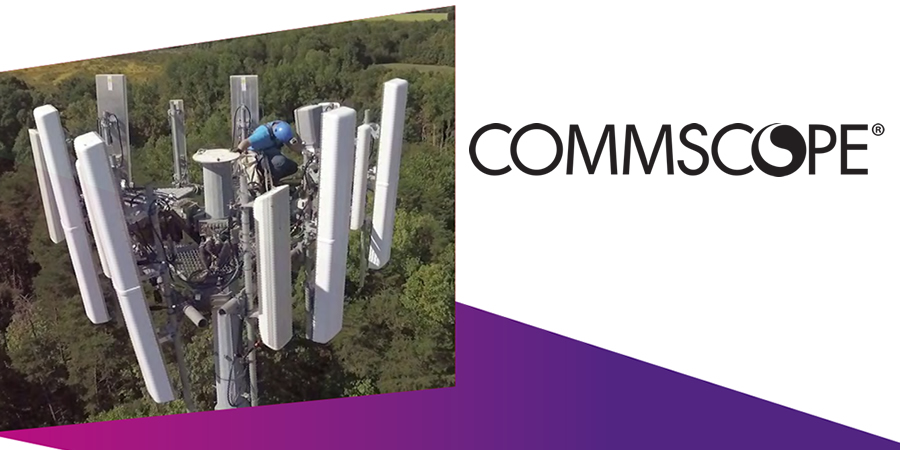 To support the surge of 5G rollouts around the world, CommScope has announced several antenna solutions, connectors and power options to make it simpler and faster for wireless operators to build their networks. Today’s mobile users want faster data speeds and more reliable service. The next generation of wireless networks—5G—promises to deliver that, and much more.

However, wireless networks have run into a problem: More people and devices are consuming more data than ever before, but it remains crammed on the same bands of the radio-frequency spectrum that have always been used. That means less bandwidth for everyone, causing slower service and more dropped connections.

The antenna has become a very complex and invaluable segment of the 5G network. However, they often play an overlooked role within the overall 5G grid. With 5G related upgrades to the radioactive network, and a focus placed on the development of core network, network slicing, latency, and other facets, many still fail to realize the fundamental role antennas play in these advancements. In other words, mobile cellular antennas are the unsung heroes of the mobile cellular network.

An advanced antenna system (AAS) is a combination of an AAS radio and a set of AAS features. An AAS radio consists of an antenna array closely integrated with the hardware and software required for transmission and reception of radio signals, and signal processing algorithms to support the execution of the AAS features.

Recent technology developments have made AAS a viable option for large scale deployments in existing 4G and future 5G mobile networks. The more the antennas, the better and narrower the beam they can create. This can help send more energy to users at the cell edge and hence provide better and more reliable coverage there.  It increases the signal strength for the served users and minimizes interference for the non-served users. As a result, the capacity of the cell is significantly increased.

CommScope’s new antennas address the issues of limited space and installation. Narrow width antennas add capacity to sites with zoning restrictions or where structural loading is limited can be challenging. CommScope offers antennas in multiple lengths and bands with a 14 percent narrower width and 15 percent lower wind loading. It offers 4 mid-band arrays for 43 cm and 3 mid-band arrays in 39 cm which allows operators to attach more radios to a single antenna.

CommScope’s zero footprint products address the issue of limited space and installation complexity through a modified CommScope base station antenna that includes 8T8R functionality, mounting brackets to attach the antenna to the pole, and mount points on the back of the antenna; connection to an 8T8R radio provided by the operator; and custom connectivity products such as jumper cables, radio mount and cable management brackets, as well as a service to attach and verify the installation.

CommScope is also introducing the M-LOC cluster connector to support the increase in antenna port quantities resulting from multiple bands on a single antenna. M-LOC enables up to 5 network connections on a single push and lock motion reducing installation time by more than 75 percent and removes ports connections uncertainty to 8T8R and 4T4R antennas and ensure best in class Return Loss, Passive intermodulation and attenuation performances.

Multi-antenna techniques include beamforming and MIMO. Such features are already used with conventional systems in today's LTE networks. Applying AAS features to an AAS radio results in significant performance gains because of the higher degrees of freedom provided by the larger number of radio chains, also referred to as Massive MIMO.

The rollout of 5G means more remote radio units that are high powered and, in some regions, a shift to massive MIMO architecture. To address the power needs that accompany this rollout, CommScope is offering a new version of its PowerShift line of products that is a single-rack unit, supporting up to 2,000 wattage per circuit, with power connectors in the front. The single rack-unit option addresses the issue of limited space while the front connections offer easier access for installers.