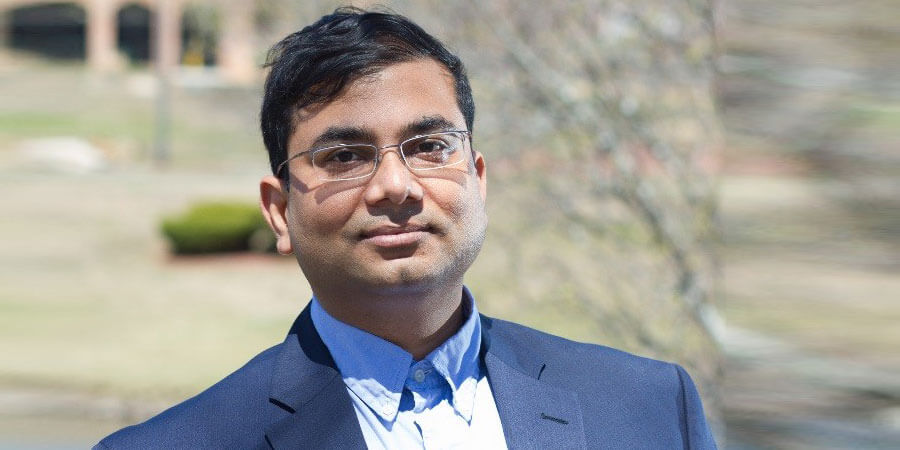 What are the key trends you are witnessing in LTE?

Long Term Evolution (LTE) is now emerging as a technology of choice for use in public safety systems. Already, it is one of the most popular communications technologies globally. According to the Global mobile Suppliers Association (GSA), 521 operators had commercially launched LTE, LTE-Advanced or LTE-Advanced Pro networks in 170 countries by 2016.

In Dubai, Nedaa, the Professional Communication Corporation, a Government agency, is developing an LTE-powered dedicated public safety network. It is also exploring the use of drones, airborne vehicles, and autonomous vehicles. At the recently concluded GITEX Technology Week in Dubai, Nedaa demonstrated LTE-connected drones to help first responders. On the other hand, Qatar started adopting LTE for public safety way back in 2010, and today, the public safety LTE network in Qatar has reached nation-wide coverage.

A key reason for the growing popularity of LTE is that 3GPP, a standardization body, is developing features specifically targeted towards mission-critical services. Features, such as prioritization of services and preemptive network access allow it to continue functioning even during emergencies. Some operators, for instance, Australia’s Telstra, have implemented prioritized access capabilities for mission-critical services.

Another benefit of LTE is that existing mobile service operators can be used for LTE network services thus avoiding the requirement of a dedicated frequency, availability of which is always a problem. However, a dedicated spectrum for public safety purpose would help in achieving economies of scale. The dedicated spectrum model is used in the US.

What is so unique about your Public Safety LTE offering?

We offer an end-to-end solution (from devices, to the core, to RAN, to applications server) that not only is easy to configure and maintain, it provides resilience, but also provides coverage anywhere with our unique BYOC capability. It’s being deployed in a Public Safety LTE network in Europe.

Can this solution bring coverage anywhere?

Yes, we have developed an in-vehicle eNodeB that can deliver coverage anywhere. It gets configured by our HetNet gateway. If there is a local EPC/application server in a command vehicle or a back pack, a standalone network for public safety or military can be established.

Can you describe BYOC?

Enabled by low-cost in-vehicle base station that can instantly incorporate into the fixed network with Bring Your Own Coverage (BYOC) capability. BYOC addresses coverage shortfalls from geographical or building limitations to network outages and emergency circumstances. The in-vehicle base station with a higher gain vehicle antenna can extend nearby macro coverage into areas with no macro coverage (such as underground parking garages, basements, etc.), improve regions of outdoor coverage, and can also be enabled as a deployable ad hoc network when network infrastructure does not exist or is compromised. Resources are better utilized as BYOC ensures coverage to every first responder.

What are the key features of BYOC capability?

1. Connected Mode that extends the coverage area from a nearby macro.

2. Closed “Ad Hoc” Mode to provide coverage to every first responder, even when network infrastructure is compromised or does not exist.

BYOC enables public safety to provide enhanced mobile coverage to users in indoor or outdoor spaces where geographical limitations (based on terrain, building construction, etc.) or crowd density might otherwise prevent an optimal wireless experience. The nodes instantly incorporate into the fixed network, so when an emergency service vehicle pulls up to the building, it creates a coverage bubble inside. This helps solve the indoor coverage problem via lower-power UE uplink that is received by the in-vehicle eNodeB located outside.

An in-vehicle LMLTE eNodeB provides an enhanced coverage capability to send and receive high quality voice, data, and multi-media based on per user policy. Public safety personnel using standard commodity handsets within a 100+ meter radius will have exceptional in-building coverage as strong signals from the in-vehicle eNodeB penetrate the dead areas within buildings, such as elevators or basements. Additional vehicles can arrive and mesh into this network, extending the coverage area further as an enhancement to the coverage of the macro network. A hand-off from the in-vehicle eNodeB is seamless and secure to the enhanced or macro coverage.

By bringing an embedded EPC as a part of the Closed Network Coverage configuration, an instant ad hoc local network can be created in cases of compromised network infrastructure. Public safety personnel can communicate with each other without having the communications backhauled to the network. A direct connection is provided via the in-vehicle eNodeB. Additional LMLTE nodes in other vehicles can create a mesh, thereby extending the network further by daisy chaining. Local EPC/Embedded EPC will add additional layer of control and resilience to public safety networks.

Can you explain how BYOC unit is self-configuring and self-optimizing?

Our HetNet Gateway (HNG) has real-time SON to optimize, mitigate traffic and adjust power levels. If there were multiple cars on the scene, only one of them will transmit. If that car leaves, HNG will instruct the other one to start transmitting. The solution has had 25+ deployments and trials. In the US, LA-RICS fill coverage holes.

Where has the solution been deployed?

Summer 2013, Feb 2014: Demonstrated to US military agencies (DoD and DHS) and at JIFX (military exercise in the US)

November 2014: Demonstrated for interoperability and resilience between US and Canada at CAUSE III exercise

Part of the public safety LTE ecosystem for US FirstNet

Nov 2015: Demonstrated as part of the Disaster City exercise

May 2017: Deploying a public safety broadband network in Northern NH

Is Parallel Wireless planning any new deployments in 2018?