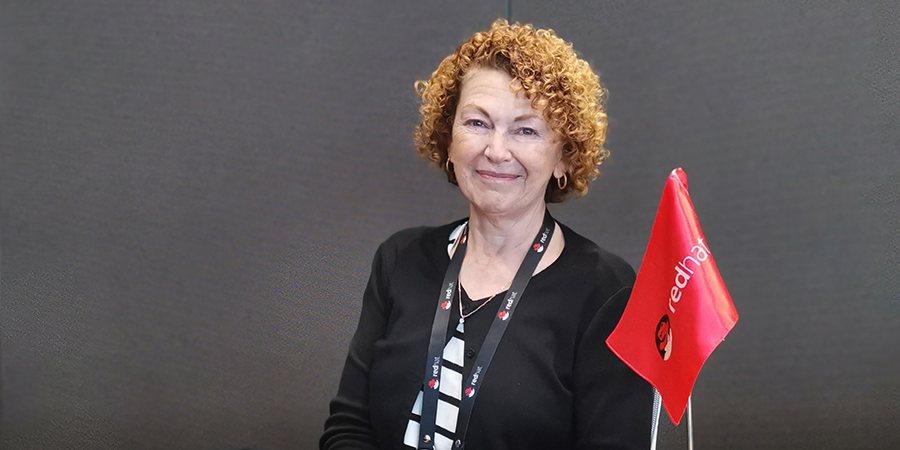 Red Hat, the world’s open source leader, has been at the forefront of innovation in the ICT sector for several years now. The company uses a community-powered approach to deliver LINUX, cloud and Kubernetes technologies, among others, to ensure that companies standardize across a variety of environments, develop applications which are cloud-native and to integrate, secure and manage complex environments.

Open source is one of the greatest inventions of our time in that it helps promote stability, security and innovation through opening the code for others to be able to use the software to collectively find vulnerabilities and security flaws, to test its compatibility across platforms and share new ideas. As soon as a problem is discovered, open source enables developers to collaborate and fix the issue.

Telecom Review sat down with Denise Dumas, vice president of Operating System Platforms at Red Hat, to talk about the open source market and the current state of women in the technology industry in the MENA region.

What are some of Red Hat’s latest projects in the region?

We are doing a lot of work within the region, and right now, we have been working extensively in the LINUX kernel to improve performance and ensure some real-time work which has been of interest to the telecommunications companies in the region.

We have an interesting product called Open Shift. The thing you would want to do today if you are a telco is to containerize your virtual network functions so we have done a lot with open shift to support that effort on the side of the telcos. It gives you an application development platform that allows you to create the containerized applications and then enables you to deploy and manage them through Kubernetes technology.

Could you provide us with a comment on the current state of open source in the Middle East? How fast has the region been in adopting it?

It is interesting because I think a lot of the adoption in the Middle East, from what I have seen, is driven very much by the public sector.

I have noticed that the region has taken some very innovative stances in the public sector that support and encourage the adoption of open source, in part because the government has seen the value of doing software development in the open rather than being locked in by intellectual property rules and doing things that make the pace of innovation go faster.

This region is growing so rapidly, and I have seen it with Red Hat and the way our sales are going in the region. But, I’m sure that every technology company sees it too.

I think open source is a great leveler; it makes the pace of innovation and the good ideas accessible to everybody and that is important, especially if you are not an enormous country.

In your opinion, what are the gaps in the open source market here?

Open source is becoming the new normal. Red Hat started out years ago with LINUX, the software that runs the hardware, basically the operating system platform. We have moved from LINUX into higher levels of the stack. With our LINUX offering we have enabled our customers to write their application and deploy it on anyone’s hardware. However, the world of hardware is changing; it is the world of the cloud now. The next step needs to focus on how you will go about insulating customers from the cloud vendors because just like the hardware vendors 15 years ago who wanted to lock you in so you would have to run on their hardware; today, cloud vendors are doing the same thing.

Open source, and Red Hat in particular, is trying to make sure that customers have flexibility. If you are negotiating and thinking about where you are going to deploy your application, you are going to want to bargain and you will want to be able to negotiate with Amazon, IBM Cloud and Microsoft Azure to get the best rate. So that is something that Red Hat works very hard to provide, to essentially avoid vendor lock-in. And we think that is a huge business value.

What are some of the challenges that come with open source and how might Red Hat help its customers deal with them?

Apart from vendor lock-in, there’s another piece of it as well. For instance, say you are a bank and you are going to deploy software on your ATM machines. What you should do is deploy that software on top of the platform that runs the hardware and just leave it alone; it’s not broken, so you don’t want to fix it or touch it. The only time that you would want to touch it would be if there was a security vulnerability discovered in the software that you are deploying.

Some of our customers want to leave things alone for 10 or 15 years, like something that is out on an oil platform in the middle of the ocean. I think what Red Hat does to support customers in that business model is provide security fixes, a sort of lifecycle for the software underneath for long periods of time so that your application doesn’t have to change just because somebody found a security flaw.

Something new that we are doing right now is this. Imagine you have a huge in-memory database and you are doing a big data application through something like SAP HANA. You’ll have loaded your data into memory which takes a while because a lot of bandwidth is required to do that load, but then somebody comes along and finds a security vulnerability. You will be thinking to yourself, “Oh no, it took me two days to load that data and I don’t want to have to put the application down while I patch my operating system, fix that security vulnerability.”  Who can afford that downtime?

One of the things that we’re doing as of this week with RHEL 8.1, which we just released, is making a live kernel patching function available so that you can patch your operating system on the fly and not have to reboot your big, expensive, complicated system.

Could you provide us with a comment on the current state of women in tech and about your experience as a woman in the ICT sector?

I am just so impressed. It has been such an education being here in Dubai and in Riyadh earlier this week. I visited so many women’s technical universities and I was so impressed with the quality of the faculty, the programs they were offering, the curriculum that’s available to them and the quality of the questions the young women asked. They are very clearly engaged and interested and are planning their careers. They are very curious which is a great quality to have when you are in the technology industry because, with any luck, you are going to be learning new things for the rest of your life. So, I’m very excited.

I’m very excited to see the vast numbers of young women who are interested in IT in this region and I can see that someone has supported them in this and I’m very thankful for that. In fact, I see more young women engaged and interested in technology here than in the US and I think that’s wonderful.

I have had so many great and insightful discussions with faculty members over this past week. I think that IT is a great opportunity for women but also in terms of open source, I have people in 23 different countries and approximately 40% of them work from home. Being able to work from home would mean that you can set your own hours; it offers a lot of flexibility and as long as you do your job, it doesn’t matter.

Open source is a great leveler. I think there are a lot of opportunities for women. We work across different time zones, across countries and geographies.

Drawing from my own personal experience, I feel that once these young women make a decision to work in IT or software development, I want them to come in with a mentor, someone who is a little more senior, who has been there and can show them how things work and take them under her wing for a little bit to help them get established. And then I want them to turn around and do it for the next generation because that’s how we establish a network of women.