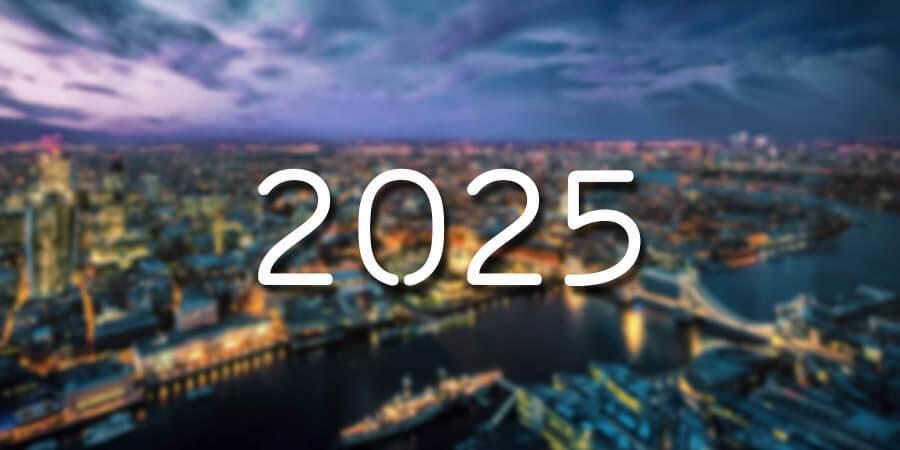 More than 30 percent of Europe's mobile connections will be running on 5G networks by 2025, according to a new GSMA study. The 2017 Europe edition of the GSMA's Mobile Economy series, forecasts that there will be 214 million 5G connections in Europe by 2025, establishing the region as one of the largest 5G markets in the world by that point.

The first commercial 5G networks in Europe are due to be switched on by 2020 and are expected to provide 5G network coverage to almost three-quarters of Europe's population by 2025, according to the report.

"Europe has an opportunity to reestablish itself as a global technology leader as we move toward the 5G era, but this can only happen if policymakers move quickly and boldly to make the necessary regulatory reforms to boost the region's competitiveness on the global stage and bring innovative services to Europe's citizens," said Mats Granryd, Director General of the GSMA.

"A forward-looking regulatory environment designed to encourage long-term investment and innovation in Europe's digital infrastructure is essential to maintaining a vibrant European mobile ecosystem and delivering the European Commission's vision for a ‘Gigabit Society'," Granryd added.

Europe is the most highly penetrated mobile region in the world, according to the GSMA. At the end of 2016, there were 456 million unique mobile subscribers in Europe, equivalent to 84 per cent of the population.

This high penetration rate means that there is little room for subscriber growth over the coming years: unique mobile subscribers in Europe are forecast to reach 469 million by 2020, or 86 per cent of the population - a 0.7 per cent CAGR (2016-2020).

However, slowing subscriber growth is being offset by the rapid migration to 4G networks. 4G accounted for a third of mobile connections in Europe at the end of 2016, and is forecast to account for more than 60 per cent of the total by 2020 as more Europeans take up 4G devices amid a growing demand for data and as 4G network coverage increases.

The number of 4G connections will overtake 3G connections in Europe for the first time this year, according to the report. 4G networks are also set to evolve and grow in popularity well into the 5G era, supporting higher speeds via network upgrades based on MIMO (Multiple Input, Multiple Output) and carrier aggregation technologies.

Mobile revenue growth in Europe is showing signs of stabilizing, following a prolonged period of negative or flat growth. European mobile operator revenue reached EUR143 billion in 2016 and is expected to increase slightly to EUR146 billion by the end of 2020. The report attributes the steadying performance to rising data demand, improved macroeconomic conditions and an easing of regulatory pressures.

Last year, mobile technologies and services generated EUR540 billion in economic value across Europe, a contribution equivalent to 3.4 per cent of Europe's GDP.

By 2020, the report says, this figure is expected to increase to around EUR670 billion (3.9 per cent of GDP), as the region experiences strong growth in productivity brought about by continued adoption of machine-to-machine technology and the increased digitization of industry and services.
Europe's mobile ecosystem supported 2.6 million jobs, directly and indirectly, in 2016. The sector also makes an important contribution to the funding of the public sector, with EUR100 billion raised in 2016, mainly in the form of general taxation, including VAT, corporate taxes and employment taxes.

To support the mobile industry's increasing contribution to Europe's growth and innovation, the report highlights the need for new thinking around telecoms sector regulation. It calls for a review of the European Commission's Digital Single Market, launched two years ago, particularly with regards to new proposals such as the European Electronic Communications Code and ePrivacy Regulation.

"Europe needs a holistic policy and regulatory framework that reinforces its position as a preferred location for investment and innovation," added Granryd. "We are calling for fresh dialogue between government and industry to assess how the Digital Single Market has performed to date, what needs to change and where regulation can promote the long-term development of Europe's digital vision."