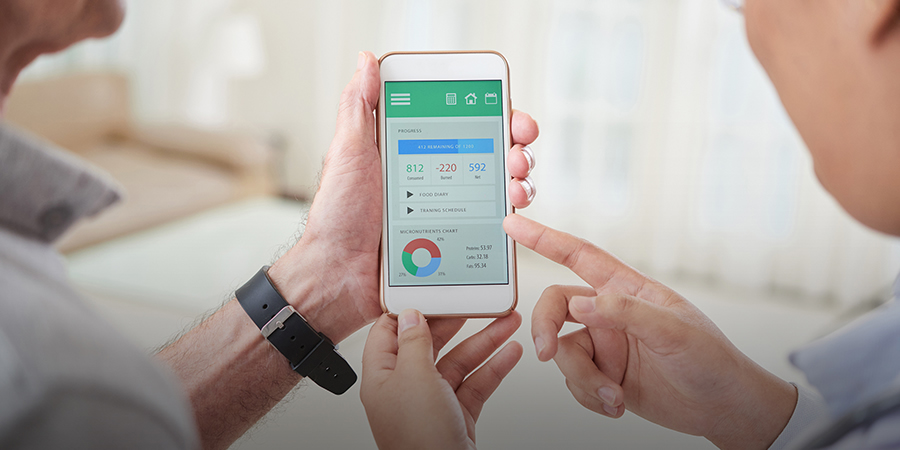 From intelligent homes to connected devices being applied to several aspects of our lives, we are currently experiencing one of the most prominent industrial revolutions the world has ever seen: the Fourth Industrial Revolution.

Technology not only adds a layer of convenience and comfort to our lives, but also enriches and offers support to the elderly in unprecedented ways.

An ageing population is one of the biggest challenges of today’s world and most developed nations are trying to cater to the needs of this rapidly increasing demographic. Indeed, older people are currently one of the fastest growing demographic groups. This a result of a decline in fertility rates and an increase in life expectancy. The increase in this demographic group poses a number of issues to economies all over the world because it would mean that there is (or will continue to be) an increase in pensioners and fewer people working which results in less people paying taxes. Countries dealing with this issue fear that tax rates will continue to rise whilst the available workforce continues to shrink.

“Population ageing is a global phenomenon. Virtually every country in the world is experiencing growth in the size and proportion of older persons in their population,” read a report by the United Nations (UN) titled ‘World Population Ageing 2019’.

The UN found that the global average life expectancy for 2019 was 72.6 years. It is of the essence to consider that although we are living longer, we are not necessarily living healthier. Statistics have shown that in 2019, 1 in 11 people were above the age of 65 and the UN expects that by 2050, it will rise to 1 in 6 people. In addition, they also found that in 2019, there were 703 million persons (globally) aged 65 years or over.

This is a significant demographic in the UK. As a result, the country has been struggling to keep up with the demand to cater for a rapidly increasing number of elderly citizens with conditions such as cancer and diabetes.

Over the past few years, many startups have developed products to help combat the issue of an ageing population in an effort to ease the burden on governments and hospitals.

More recently, at the Consumer Electronics Show (CES) 2020, an event fueled by innovation, a great deal of new technologies were launched which catered to a variety of global problems. It has become increasingly evident that one of the most recent themes dominating the industry is the issue of dealing with an ageing population.

Wearable smart devices are all the rage in our hyper digital world. Sleepwear is now used to help track health vitals in a discreet manner. One of the most interesting innovations in this field has been Japanese startup Xenoma’s latest “e-skin” pajamas designed for the elderly.

These pajamas, which look and feel like ordinary pajamas, have sensors built into them which analyze sleep conditions and health vitals and could also detect falling. The sensors are woven into the fabric of the clothing in order to collect health data and detect any anomalies in the respective person’s health.

Another wearable device for the elderly which was showcased at CES 2020 is a wrist-worn monitor, presented and developed by US-based startup, CarePredict. This device enables the senior person’s loved ones to track the status of the person’s eating and sleeping habits as well as other activities such as walking. According to CarePredict, this is achieved through a built-in artificial intelligence (AI) program which could predict problems such as depression.

CarePredict CBO, Jerry Wilmink, said, “The challenge is right now, that caregivers on average live about 3,000 miles away from seniors they care for, so they need eyeballs in that home.”

US startup Smardii has also developed a solution to monitor the health of seniors who require adult diapers through analyzing the person’s stool and urine.

Sebastian Gaddini, co-founder of the Florida-based startup, commented, “There are more and more elderly people and fewer people to take care of them.” He added, “We can help reduce costs in a nursing home setting.”

The device is expected to be launched in the US this year and to eventually be introduced in Europe.

Essential tremor affects up to 5% of the global population and its incidence is more common in older people however it can sometimes affect young individuals as well, especially when there is a family history present. Tremors most commonly affects the arms and hands.

Also, the Parkinson’s Foundation has forecasted that by 2020, almost one million persons will be living with Parkinson’s disease in the US.

Toronto-based startup, Steadiwear Inc, first developed the concept of a revolutionary tremor stabilizing glove back in 2015 and launched it in August last year.

“Around 4% of the world’s population are above 65 years of age. Research on Essential Tremor in the United States has revealed a staggering $142.7 billion yearly cost burden of the disease. The average yearly expenditure for Essential Tremor adds up to $62 billion without considering lost income,” said Emile Maamary, CMO and co-founder at Steadiwear Inc.

Mark Elias, CEO and co-founder of the innovative startup stated that the journey towards the development of this product started with a cup of coffee and his grandmother.

“We were having coffee when it started, I saw her hopelessly spilling coffee all over herself. It pained me to see the difficulty experienced with holding a cup,” said Elias. It was then that he began to dive deeper into investigating new solutions which was what led him to eventually develop the tremor stabilizing glove. He then sought out Emile to propose the concept of this product as Emile had also himself seen his family and friends struggle with tremors.

Indeed, the severity of tremors vary from one individual to the other, so creating a one-size-fits-all product would have been very difficult. The duo focused on developing a solution which catered to the most common tremors whilst still maintaining usability and comfort. They completed their soft launch in August last year where they delivered the first batch of units by the end of 2019.

As of yet, Steadiwear is only selling the product in North America but hope to expand their reach in the coming years.

Sekisui House, the Japanese homebuilding group, introduced its “Platform House Concept” which monitors seniors for signs of health problems which inherently enables seniors to live independently. This technology, which was developed in collaboration with the Massachusetts Institute of Technology, uses sensors which are placed on the ceiling, to monitor the senior’s heart rate so that in the event of an emergency, the home will call an ambulance itself and alert them to come upon verification.

“One of the biggest issues is compliance with medication and wearing connected devices. Here you just it in the environment, you don’t have to worry about technology,” said MIT professor, Brian Anthony.

Another interesting solution was showcased by French startup, Technis, which involved smart flooring. This means that sensors are used to detect the movement of the senior resident of the house and could also pinpoint how many times they used the toilet in their pace of activity. This is achieved through the use of AI to identify any irregular behavior and in turn, alert a medical team to assist them.

However, it is a known fact that for many seniors, unfamiliar technology can be off-putting or just simply too difficult for them to use. Nashville-based startup HoneyCo offers smart home services for families and care providers. The startup leaves out the operational side by enabling a single user-friendly platform through which several smart devices and appliance could be run. The product comes with a monthly fee which includes full management of the service. This gives the care providers and family of the senior resident a sense of reassurance that the person will profit from the benefits enabled by the smart devices, without having to deal with many, if any, drawbacks.

Canary Care, the UK-based company, also offers another form discreet smart home technology. They provide discreet wireless sensors which gather information about the senior’s daily routine, door activity and temperature as well as detecting the duration of care provider visits. This offers an incredible amount of insight into the senior’s wellbeing as these updates are automatically sent to the family or carers via email or text.

Big data and analytics have made way for personalized medicine and treatments which can be customized for individual patients. We can now paint a pretty accurate picture of each individual patient and target therapies which enable the best possible outcomes when it comes to the management and prevention of the patient’s condition. This is done through analyzing clinical, biological and lifestyle information.

Loro, a Boston-based startup which develops solutions for wheelchair-bound persons, has now developed tech which provides them with an extra set of eyes and ears, or as Loro co-founder, David Hojah, put it, “It can see what’s around without turning your head.”

It has AI built into it which ensures that it recognizes objects and can communicate with the user (through a connected tablet).

Indeed, collecting and analyzing data is very important to ensuring improvements in solutions which are being developed for the wellness of seniors.

California-based startup, Ejenta, which has been working on remote healthcare, recently launched a system which has the ability to collect a large amount of biometric data from a multiple sources such as smartphones and smart clothing. The development of this system was inspired by a NASA program which was developed for astronauts.

The system monitors the conditions of patients aged 85 and over in an effort to inform caregivers on their wellbeing.

Rachna Dhamija, co-founder and CEO of Ejenta, stated, “This is where the future is going- all clothing and objects and sensors we wear will be connected, generating data. So we need platforms like this which can collect it, analyze it and provide predictive analytics for your health.”