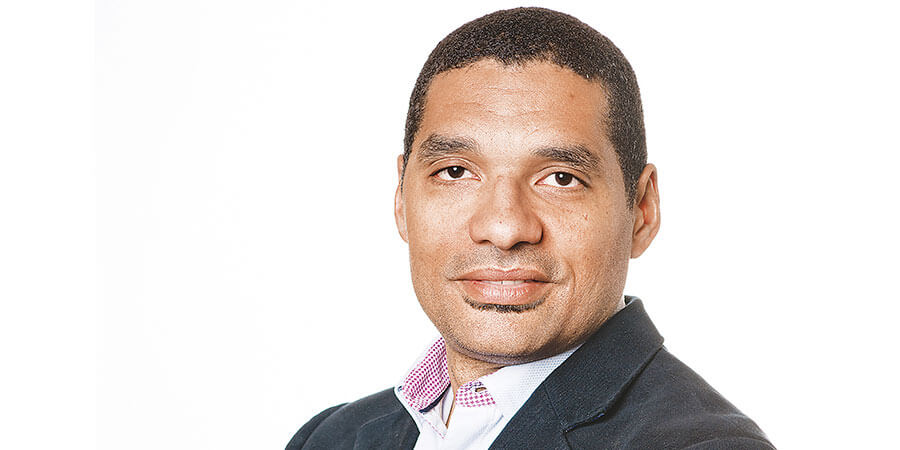 By Femi Oshiga, vice president of service providers for the Middle East and Africa, CommScope

We’ve heard about the promise of 5G for years – how it will be faster and more efficient – but it wasn’t until 2019 that we saw the first, small signs of rollout around the world. In May 2019, Etisalat — UAE’s biggest telecom operator — became the first service provider in the region to announce the availability of 5G network, supporting smartphones for commercial use. It was soon followed by Zain and STC in Saudi Arabia, UAE’s second operator du and Bahraini telco Batelco. The UAE is also the third most-connected country globally, after US and Switzerland, according to the Carphone Warehouse Global Connectivity Index. While we wait for additional cities to come online and 5G devices to be introduced, we believe 2020 will be the kickoff to a more connected future.

Consumers in the region will continue to hear about 5G and the benefits it will offer including gaming and augmented reality, which will lead the drive for low latency. But gaming, augmented reality and even video – which is predicted to be 82 percent of all IP traffic by 2020– are not the killer apps that will drive the consumer need for new experiences and the need for 5G.

Operators will not wait for the killer app and will be busy in 2020 rolling out, densifying, and powering the network in a variety of bands while working on driving the standards and technology.

5G continues to pick up speed in the UAE and beyond, with improving infrastructure set to boost speed and latency further. Operators around the world have designated mid-band (mostly 3.5GHz) as a primary band for 5G, however the U.S. operators do not have this option, and thus are using both current lower frequency bands and mmWave frequencies (above 24 GHz). According to Emirates Integrated Telecommunications, the parent company of UAE’s telco du, UAE consumers can experience speeds of 10Gbps and above and will be able to download larger files in milliseconds in 2020 through 5G.

Operators need efficiency in terms of cost per bit per area, which dictates how, where, and what bands they are going to deploy. In other words, operators will decide if they use high band, then the cost per bit goes down, but the area decreases so they need to deploy more cells which drives up cost.  When using mid-band or low band spectrum, which enables them to lower cost as they don’t have to deploy as many cells to cover the same area, the cost per bit goes up as the bandwidth of the radios is significantly less.  The key will be an optimization equation driving high frequency in more dense areas, and lower frequency in less dense areas.

Which bands are owned and deployed by an operator will dictate the areas of coverage, reach and speed. What we will end up with is ‘coverage kings,’ ‘capacity kings,’ and ‘fixed wireless.’ Coverage kings will use their spectrum and chosen technology to cover a large geographic area; for example, in Saudi Arabia where vast parts of the country are sparsely populated.

Capacity kings will focus on cities like Cairo, Riyadh, New York, Paris and London, and other densely populated areas relying on technologies such as small cells, to deliver speed and low latency services to consumers, businesses and connected devices. Fixed wireless will focus on delivering the service with the reach to provide broadband connectivity to low population density users economically. Simply put, fixed wireless provides access to a single location through radio waves. In the MEA region, this can be a great complement or even an alternative to fiber when it comes to reaching remote locations.

More spectrum will become available in various regions of the world through auctions or allocation with every passing year. In 2020 we will see the launch of shared spectrum and the potential to prove it can work. Other regions will watch and see if this experiment works and can adjust accordingly to implement in other parts of the world.

In addition to licensed and shared spectrum, 2020 is also the year that Wi-Fi 6 goes mainstream. There is a concerted push to increase available spectrum for Wi-Fi in the 6GHz band. There continues to be a drive to utilize all spectrum to meet consumers’ needs, both licensed and unlicensed. The Wi-Fi Alliance® introduces Wi-Fi 6 as the industry designation for products and networks that support the next generation of Wi-Fi®, based on 802.11ax technology. Wi-Fi 6 is part of a new naming approach by Wi-Fi Alliance that provides users with an easy-to-understand designation for both the Wi-Fi technology supported by their device and used in a connection the device makes with a Wi-Fi network.

This type of technology is suitable for customers in ultra-dense client environments such as stadiums, hotels, convention centers and schools.

Although Statista predicts the global number of 5G connections to be 1.1B by 2025, Wi-Fi 6 is an option for businesses and densely populated areas to offer wireless coverage.

Open standards continue to be a big topic of discussion and we see 2020 as the beginning of a three-year process that will prove if open standards will be beneficial for the wireless operator. The O-RAN Alliance is an organization that has “committed to evolving radio access networks around the world.” Their vision is to virtualize various network elements, white box hardware and standardized interfaces throughout the network. Although the organization is young – founded in 2018 – it already has more than 120 member companies working toward openness and intelligence. We believe that 2020 will see agreement on key aspects of O-RAN speeding up 5G network deployments.

According to GSMA’s latest report ‘The Mobile Economy: Middle East and North Africa 2017’, the operators in the Middle East and North African (MENA) region will be amongst the first in the world to launch commercial 5G networks. The new study, which was published at the GSMA Mobile 360 Series – MENA conference in Dubai, forecasts that there will be more than 50 million 5G connections across the MENA region by 2025, with 5G networks covering approximately 30 per cent of the region’s population by that point. The report also highlights how mobile broadband (3G/4G) networks account for about half of total mobile connections in the MENA region today and are forecast to increase to 70 per cent of the total by the end of the decade. As networks are brought online in 2020, the amount of data required, along with the cost of power, backhaul and site acquisition, will dictate if and when massive MIMO plays out in network deployments. If more capacity is needed, 2020 could see an increase in massive MIMO deployments however, as efficiency goes up with massive MIMO, complexity and cost also goes up.

TDD (time division duplex) has been the technology used for Wi-Fi, while FDD (Frequency division duplex) has been used for most of the cellular world. With the introduction of higher frequency licensed spectrum, TDD is now going mainstream with 5G.  This will be bring new challenges and benefits and a different type of complexity as it is integrated in with the traditional TDD bands. The additional of this TDD spectrum however, will enable wireless networks to compete with wired networks.

Rollin’ out the networks

When it comes to 5G, we see it as a major capacity build year. Not only will it require touching the macro-sites, but it will require densification of metro cells and beefing up in-buildings systems.

To support the surge of 5G rollouts around the world, CommScope recently announced several antenna solutions, connectors and power options to make it simpler and faster for wireless operators to build their networks.  A few highlights include:

Although it is still early days, data and processing is starting to move from the core toward the edge to remove bottlenecks.  We will see more of this happen as the network virtualizes.
Tweet