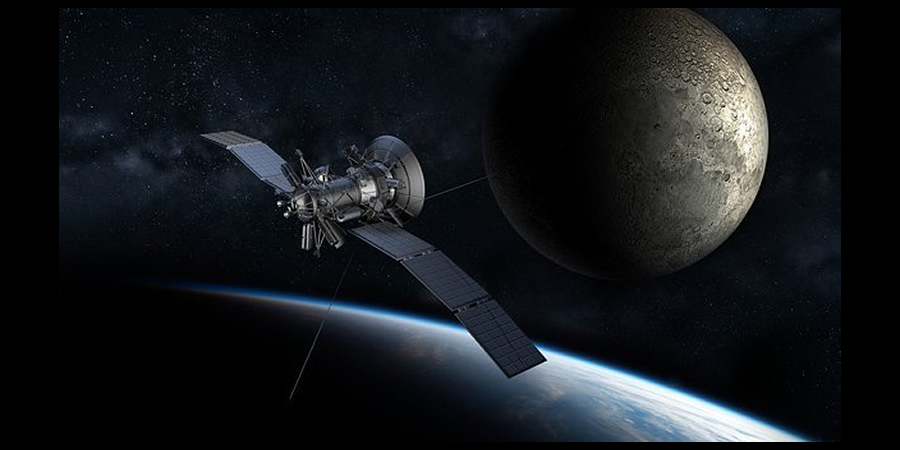 According to Northern Sky Research (NSR), the global satellite industry is expected to double in size over the decade — from $12 billion in 2020 to $26 billion by 2029. This is driven by the exponentially growing demand for connectivity.

In line with this, NSR has also predicted that nearly 52 exabytes (or 5.2 billion gigabytes) in cloud data traffic will be delivered via satellite by 2029. Taking this into consideration, the adoption of cloud computing to satellite services has already been explored.

For demand areas that utilize satellite such as universal broadband, mobility, as well as intelligence, surveillance, and reconnaissance (ISR), the adoption of cloud computing brings multiple commercial benefits including improved productivity and efficiency, reduced operating costs, and enhanced business opportunities.

By and large, cloud service providers and satellite operators aim to resolve the issues involved in being an effective transport for data, particularly the latency, bandwidth, and security. How does this actually work? How can satellites take advantage of a cloud environment despite the distance?

NSR identifies four key market segments where the impact of cloud computing can be seen in the satellite industry. You can look at it this way; a powerful grid covering the whole world is made possible with these technologies put together.

Satellite access to the cloud brings a form of flexibility not available on terrestrial networks alone. This opens up a big opportunity for satellite, especially with high-bandwidth satellites, to revolutionize various use cases such as the following:

According to a Euroconsult’s report, the commercial Earth observation (EO) data market could reach $2.4 billion in 2027. This is driven by the defense and new commercial markets, and supported by the arrival of new satellite communication operators.

Traditionally driven by imagery and value-added services (VAS), information products and big data analytics are expected to drive the EO market in the digital era. With a larger amount of data resulting from newer satcoms in orbit, the advent of new cost-efficient solutions in terms of collecting data at a higher frequency rate should transform service generation and delivery.

The growing ecosystem of satellite distributed networks and the surge of more satellite data to be analyzed are ideal applications for cloud computing. From data to insights, the cloud can be utilized to respond to the demand for business insights by influencing the EO value chain.

MSS, alongside IoT small satellite constellations, will also be a key segment for cloud and satellite integration. With more terminals coming online, satellite operators are expected to offer seamless and reliable networking and computing services to end-users and enterprises.

As more data is acquired, the demand for analytics is expected to increase in a variety of use cases, with satellite players moving across the value chain to meet this demand.

Moreover, as MSS provides two-way voice and data communications on the go or in remote locations, terminals can range in size from handheld to desktop-size units. Terminals can also be mounted in a vehicle — similar to how IoT sensors communicate with each other.

Satellite network operations is among the commonly established application of cloud computing in the satellite industry. Guaranteeing improved flexibility and efficiency, ground stations are linked with the Internet to leverage the computing, storage, and network capabilities of the cloud.

As the cloud is known as the digital container of numerous data, the cloud can be integrated into the satellite value chain to provide in-space storage services. Partnering with cloud service providers (CSPs) looking to provide greater security and reliability is one area where satellite actors can leverage future
cloud infrastructure.

Beyond the current traditional mainstream of public clouds, CSPs are beginning to take note of increased opportunities for cloud adoption in the satellite industry that fits interesting use cases and business models. From the perspective of the digital transformation, the diversity of standards in the satellite equipment manufacturer and operator environment may affect the growth of cloud-enabled satellite services.

Towards a distributed cloud

Amid the COVID-19 pandemic and the emergence of a heavier reliance on technology, the world could be witnessing the next frontier in the cloud computing space via satellite usage. With Google, Microsoft, and AWS — leading CSPs — enabling the links for satellite connectivity, the distributed cloud trend came to life.

The distribution of public cloud services to different physical locations is how Gartner describes a distributed cloud. Accordingly, Greyhound Research believes that offerings such as ground stations will be highly valuable in the next wave of investments within distributed computing environments.

IndustryARC forecasted that the distributed cloud market would reach $3.9 billion by 2025, growing at a CAGR of 24.1% during the forecast period from 2020-2025. Despite addressing problems of latency, capacity, and efficiency, security remains a concern. Proper protocols and policies should be followed in a distributed cloud environment.

For now, ground stations that cater to satellite companies will remain one big component of the distributed cloud. The network of the future is coming into shape now, across the sky and within the cloud.