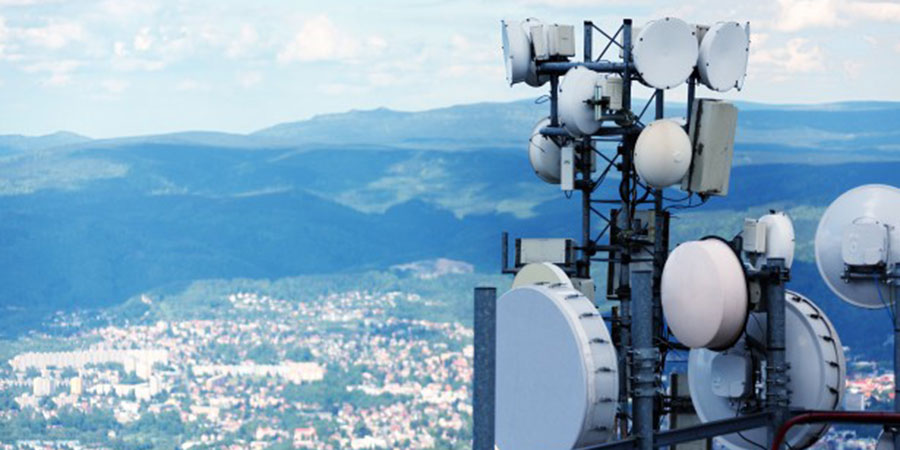 According to the new report of the Global Mobile Suppliers Association (GSA) entitled ‘Low-Band Spectrum for LTE and 5G,’ 515 operators in 173 countries hold licenses enabling the launch of LTE or 5G using low-band spectrum.

GSA also reports that there are now over 15,000 LTE devices capable of supporting low bands, based on its database GAMBoD. Aside from that, out of 316 announced 5G devices supporting low-band spectrum bands for NR, 219 are already commercially available. 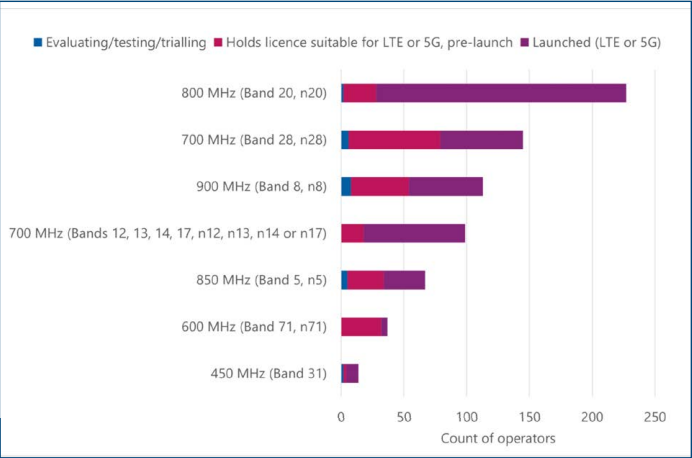 As it shows above, the 800 MHz band is the most used frequency, followed by 700 MHz (APT range), then 900 MHz, and 700 MHz (US ranges). Band 20 — utilizing 832–862 MHz/791–821 MHz —  is the most used individual band, with 227 operators investing in LTE using this frequency range. According to the report, no operators have been recorded with 5G networks using Band n20, although two have been engaged in 5G trials in that band. On top of that, 145 operators were identified as investors in the APT 700 MHz spectrum while 37 operators invest in the 600 MHz spectrum.

“Low-band spectrum is very important for expanding network coverage especially in suburban/rural deployment scenarios, ensuring service continuity across different geographies, enhancing service quality in indoor environments, and helping to close the digital divide,” commented Joe Barrett, President of GSA. “Mobile operators are demanding low-band spectrum, and some specific bands like 410–430 MHz, 450 MHz, or 900 MHz also play an important role in specific industries for the creation of private networks. For these reasons, GSA foresees an increase in the number of auctions of low-band spectrum in the coming years, as well as 5G NR deployments using already assigned spectrum licenses.”

It is clear that with the number of spectrum awards expected over the coming years, the importance of low-band spectrum is going to continue — both for LTE and increasingly, for 5G services.