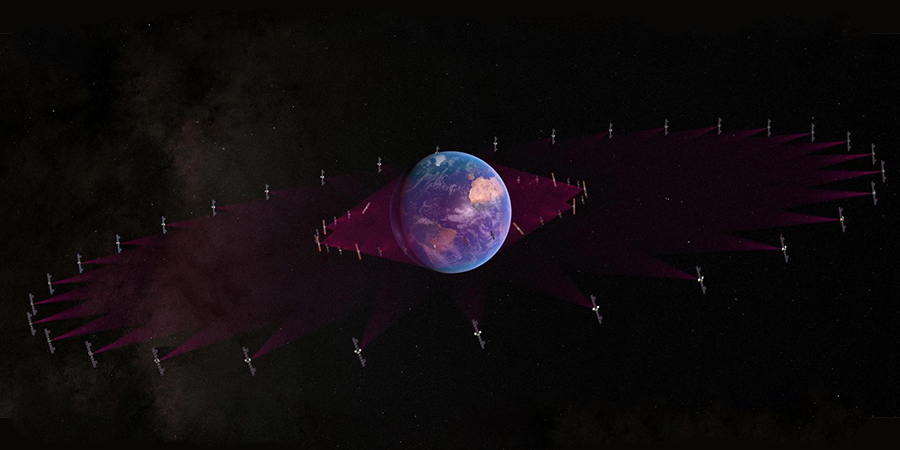 SES, Honeywell, and Hughes have successfully demonstrated multi-network, multi-orbit high-speed airborne connectivity for military customers that will enable government and military personnel to communicate between the ground and air more efficiently and securely.

“The SES and Honeywell capabilities showcased during the airborne demonstration are revolutionary for governments as they show how next-generation satellite networks can efficiently support data-intensive government aero capabilities,” said Will Tong, vice president of strategic government initiatives and head of the government aerospace market, SES. “By leveraging the open space, ground and waveform architecture of SES’ O3b MEO and the secure frequencies of GovSat-1, as well as the network-agnostic MCX terminal, we managed to show impressive throughput while enabling secure sovereign networks for government end users.”

“Honeywell and SES are ensuring that military operators and their warfighters stay connected anytime around the globe,” said Steven Williams, vice president, defense americas, Honeywell Aerospace. “The ability to give network choices to operators using our agnostic terminal means the customer can choose the best network for the mission and geographic region.”

SES’ MEO constellation provided both lower latency and fiber-like connectivity during the demo flights, with full-duplex data rates of more than 40 megabits per second. This is noteworthy due to government customers’ demand for robust uplink, as evidenced by multiple simultaneous HD video feeds.

To achieve additional levels of security, the companies leveraged the military Ka-band government frequencies delivered via the SES GovSat-1 satellite and the software-defined Hughes HM-series modem. These capabilities ensure that today’s warfighters have the data they need, when and wherever they need it, including in contested and high-activity environments.