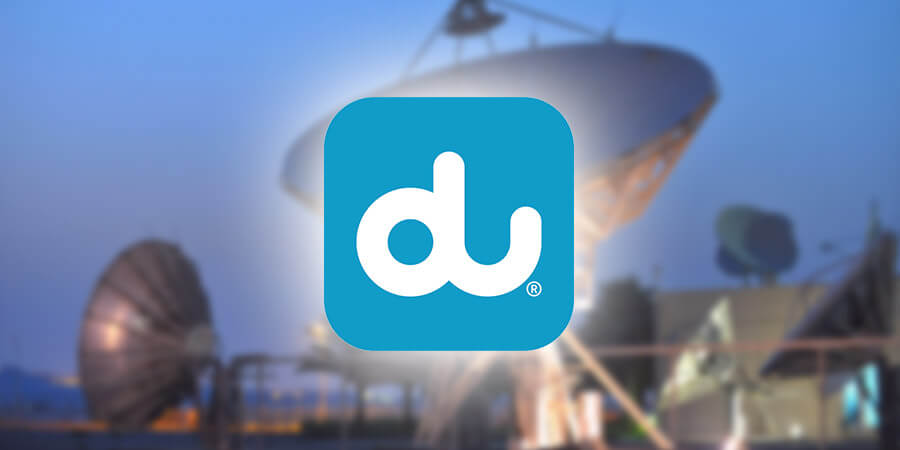 UAE telecom operator du, part of Emirates Integrated Telecommunications Company (EITC), has been recognized as a leading global provider of broadcast services according to The World Teleport Association (WTA).

The WTA ranked du's teleport in the top ten in its most recent annual rankings, the Top Teleport Operators of 2017. According to this year's rankings, du improved its position in two of the rankings' listings: The Independent Top Twenty (9th) and the 'Fast Twenty' (9th).

Through its teleport, du serves regional and international broadcasting customers, and being located in Dubai, it is in the prime location for satellite visibility covering five continents, and enabling near global coverage.

du ranked 9th in The Independent Top Twenty, a listing based on revenue collected from all sources, with a focus on the independent operators at the core of the business, excluding companies whose primary business is ownership and operation of a satellite fleet or terrestrial network. The telco also ranked 9th in the 'Fast Twenty' list which assesses companies based on year-over-year revenue growth in their most recent fiscal years.

"At du, we are dedicated in our goals to bring life to life, and bringing our customers a world-class service. We have worked hard to expand our teleport facility to have coverage that spans the globe, reaching the most relevant content hubs in a reliable and efficient manner," said Fahad Al Hassawi, Deputy Chief Executive Officer, Emirates Integrated Telecommunications Company.

"We are proud to have achieved this prestigious WTA ranking, placing us as a leading teleport service provider not only in the Middle East, but also on the global stage. We will continue to innovate and improve our system, to accommodate even further expansion, so that we can provide our service despite the growing traffic volume, and pressing necessities of the world's business requirements, and emerging economies," Al Hassawi added.

Since 2004, when the teleport operations first began, du has increased the number of uplinked TV channels, growing its current teleport facility by over 600 percent. In its effort to continuously improve its system and accommodate to its customers' growing needs, du launched in June last year its new teleport facility in Al Qudra. This new, top-of-the-line facility caters to the growth in demand of satellite TV, offering state-of-the-art technology.

The new site has larger antennas, ensuring robust signal levels in transmission and reception. The new upgraded facility covers an area of 75,000 sq. meters, and has been built to enable the expanding requirements of du broadcast customers, delivering superior service with a focus on reliability, and close control of monitoring services which are uplinked from the site. The facility is built to accommodate 50 Earth station antenna systems, with further room to expand.

The WTA annual rankings of companies by revenue and revenue growth are compiled by surveying teleport operators around the world as well as referencing the published results of publicly-held companies.