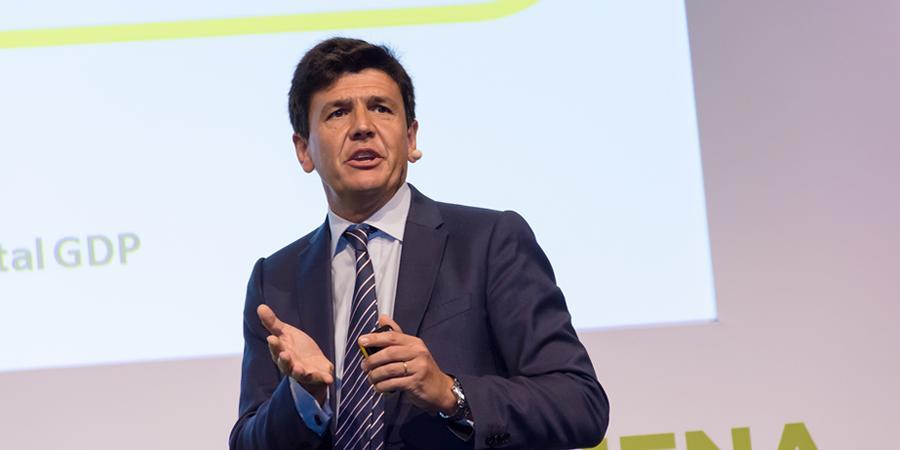 Data connectivity is growing around MENA (Middle East and Africa), but telecom operators have seen their traditional revenues depleting, said Etisalat chief business officer, Salvador Anglada, speaking at the GSMA Mobile 360 MENA event in Dubai during GITEX 2017. IoT (Internet of Things), he said, will compensate operators for traditional loss of revenues if they are willing to embrace it.

“Telecom operators need to find out new ways to make revenue from data streams and different ways to create value,” said Mr. Anglada. “I really believe that IoT will be the light at the end of the tunnel and that it will come with the revenue growth that we are looking for. It will compensate for all the revenue that we are losing as a result of digitalization.”

The GSMA director-general, Mats Granryd, who opened the event, suggested in his speech that IoT will be the next industrial revolution, fostering growth in all areas of life, such as health, education, and general well-being. Mr. Anglada agreed wholeheartedly with Mr. Granryd, saying revolutions come with significant value creations, and that the MENA region should embrace it.

“We have seen this with energy, electricity, internet, and now Internet of Things,” said Mr. Anglada. “Everything looks like it’s ready for IoT – not only the added value, but the connectivity and the ability to provide information at high speeds, and also the systems that are starting to be ready, such as cloud mobility and cloud networks, big data and analytics. Everything looks ready to create value from.”

The question is: how much value is IoT going to create for society and for operators? Focussing on the GCC region, Mr. Anglada said analysts forecast that data will create 11 percent GDP growth in the next ten years. That means the IoT market is going to be worth around $11 billion.

“Every single dollar we spend on IoT could create value of around $40-50,” he said. “This is a significant value gain – a revolution.”

This growth will come about as a result of productivity gains, said Mr. Anglada. He used the phrase “time economy” referring to the way in which productivity increases when the time it takes to do something is reduced. Productivity will also be increased due to less money being spent on energy, he said, as a result of IoT streamlining traditional methods of energy usage, among many other examples.

“This is a revolution and it’s going to happen in the MENA region,” said Mr. Anglada. The value of this revolution in the GCC, he said, is going to be mostly to do with “smart living”.

The region will see increased value on transportation, utilities, municipality services, and more. Connectivity is an important aspect of this revolution, he said, therefore it’s important for operators to step up to the challenge.