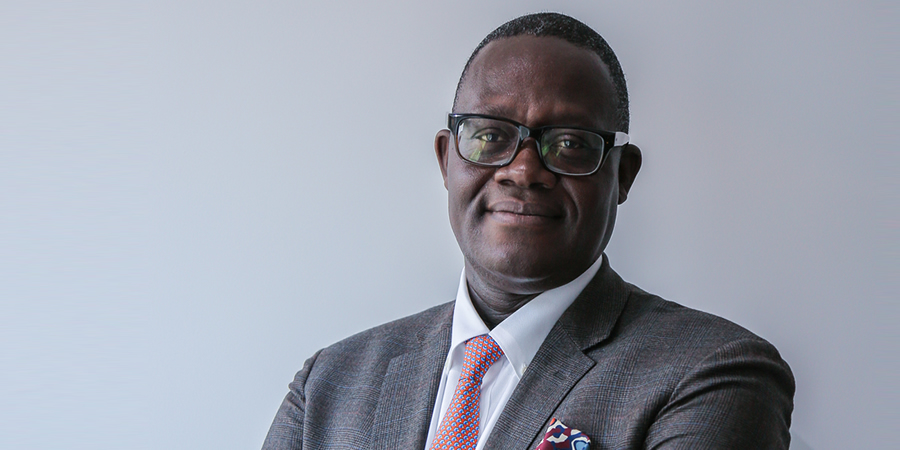 Ericsson made a number of key announcements at Mobile World Congress which fundamentally reinforced the belief that it is going to play a major role in helping operators commercially deploy 5G networks across global markets.

The Swedish vendor has been reinvigorated under the leadership of its CEO Börje Ekholm and all the indicators would project that Ericsson is going to continue to go from strength to strength over the next twelve months.

Telecom Review was given a tour of its interactive booth in an effort to find out more about the demonstrations and solutions they were showcasing at the ICT industry’s flagship event. In addition to this, we were granted an exclusive interview with one of its key executives Ekow Nelson, who is tasked with the responsibility of managing Ericsson’s Etisalat Group portfolio, whilst he also works with all operators based in Pakistan on behalf of the ICT leader.

We spoke to Nelson about Ericsson’s diverse portfolio of solutions, how it has positioned itself as one of the global leaders for 5G - and what Europe needs to do in order to avoid being left behind in the race for 5G.

Ericsson has enhanced its 5G platform. Can you outline to us what benefits this provides for operators?

For operators, the immediate tangible benefit is the reduction in cost per GB of data. We have forecasted in our Mobility Report that the amount of data each user consumes will increase by five-fold. You can’t deliver five times the capacity today with the networks that we’ve got. If you do it linearly, it’s going to be far too expensive because consumers don’t want to pay, so you’ve got a technology that will enable you to cope with that increase in capacity, but also allows you to keep the cost down and deliver it at a price point that customers want.

5G also provides opportunities to generate revenues from new services. For consumers AR, VR and other new modes of communication will deliver new experiences particularly for gaming and video that will provide new sources of revenue for operators. You’ve got a spectrum of opportunities for consumer services that will take advantage of lower-latency and faster speeds. At the other end of the spectrum they’re looking to generate new revenues as industries transform themselves in what is commonly called known Industry 4.0 to take advantage of reliable regulated wireless technologies than they are today. There are huge revenue opportunities in IoT and other industrial applications.

Ericsson has established itself as one of the leading players that operators are turning to as they seek to commercially deploy 5G networks. What is it that differentiates Ericsson from other vendors?

We invest a lot in technology. I think a much of our success comes from the quality of the R&D that we’ve been investing in. We contribute to a large number of the standards and specifications than anyone else. What the CEO has done since he assumed office is increase our investment in R&D, and that strategic shift has really helped put more focus on regaining our technology leadership, and that has really differentiated us in the market. Before he came, we were a little bit fragmented and dispersed because we were trying to do many different things. However, Börje refocused our attention on becoming a technology leader - and that has really yielded a lot of success and results for us.

In your opinion, what is the most significant announcement Ericsson made at Mobile World Congress?

There’s obviously been quite a lot. However, I think the one I’m interested in is in relation to what we’ve done with Cellular IoT. Historically we’ve talked about IoT, but more from the point of view of low-band, very minimal data that’s really transmitted between devices. What Ericsson has done has actually taken Cellular IoT to the next level. We’ve identified the capability for Massive IoT, which is basically extending the traditional IoT but infusing it with things like more broadband, speeds, lower latency so you can manage things like drones, and accelerate the development of autonomous cars and so on.

Can you outline to us what your primary responsibilities are in your role as VP and Head of Global Customer Unit Etisalat and Head of Ericsson Pakistan?

I look after Ericsson’s business with the Etisalat world-wide and have country responsibility for Pakistan, across sales, delivery, and overall customer management. I describe myself as the Advocate-in-Chief for Etisalat and Pakistan, orchestrating the different parts of Ericsson together in harmony to delight my customers. My job is to focus relentlessly on customers’ strategic priorities and ambitions and to mobilise the best of Ericsson technology and capabilities for their success.