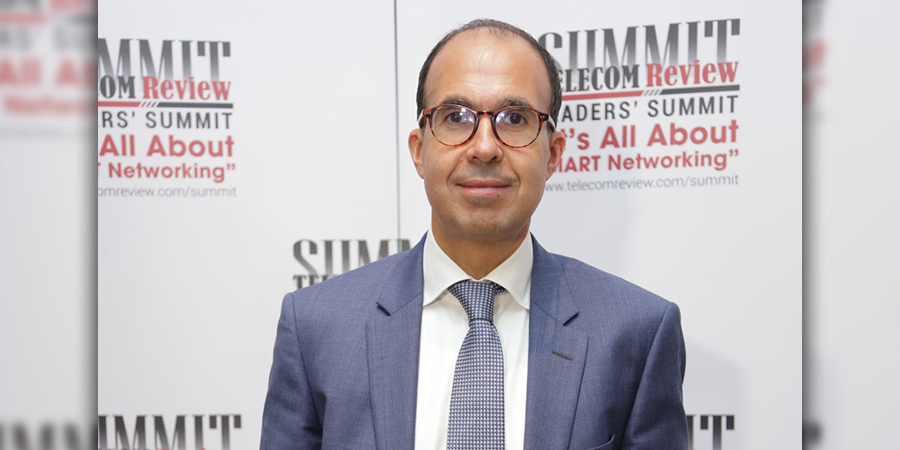 MYCOM OSI President and CTO Mounir Ladki has predicted that operators will be able to become fully-fledged digital service providers during the second phase of 5G.

According to Ladki, the initial rollout of 5G will resemble more of an evolution than a revolution. However, the availability of 5G-enabled devices to consumers will significantly accelerate 5G development and when this occurs, that will lead to a revolution for telecommunication operators in their efforts to completely digitalize their operations.

Under the visionary leadership of Ladki, MYCOM OSI has enjoyed phenomenal success and continued growth and is quickly becoming a major player in the ICT ecosystem.

The MYCOM OSI President was in attendance at the Telecom Review Leaders’ Summit which was held at The Phoenicia Hotel, Beirut, Lebanon and we managed to secure an exclusive interview in an effort to find out what his projections were for the future of the ICT industry with 5G set to become a reality in 2019.

Ladki highlighted the important role operators are going to play in what he described as a ‘hyper-connected economy’ that the industry is moving towards.

He said, “There were a lot of key topics addressed during the Telecom Review Leaders’ Summit, but I think the main discussion was focused on the digital transformation of the companies in the telecommunications industry and the new role that they will play in the hyper-connected digital economy that we’re stepping into. The dialogue we engaged in centered on the evolution of business models. We examined and explored whether or not operators would compete in the digital services market, focus on infrastructure, or play on the demands arising from the enterprise and consumer sectors. There is a lot of debate now between different players regarding which path they should take.”

Ladki conceded that the topic that was prevalent throughout the Telecom Review Leaders’ Summit in Beirut much like it was at Mobile World Congress in Barcelona in February was of course 5G. He believes that 5G will finally enable operators to become digital service providers and that they will form the backbone which will connect the new digital economy.

Ladki said, “The key topic which is dominating the ICT industry is of course around 5G. We will see developments on 5G in the second-half of 2019. However, one of the big questions regarding 5G now is will it be an evolution or a revolution? I think that despite all the different debates and ideas, one can draw a consensus that initially 5G will be an evolution. It will provide additional capacity, fixed wireless access and higher speeds for certain consumer applications like gaming. However, the most interesting part is going to be in the second phase, which will be a revolution that will enable operators to really deeply transform into digital service providers. This will also enable operators to act as the backbone that will connect the digital economy. They will connect and transform how manufacturing, automotive and healthcare industries operate.”

He also added his firm belief that 5G will spark an infusion of innovation amongst operators that will enable them to diversify their portfolios and help them create new revenue opportunities.

Ladki added, “This revolution will prompt a lot of innovation, which in turn will inevitably create new revenue opportunities for operators who we know are trying to diversify their portfolios. We will rely on fiber connectivity to facilitate all of this because this hyper-connectivity will require a lot of bandwidth and we will also be reliant on an ecosystem of innovative start-ups to fuel that innovation to deliver the digital applications of tomorrow.”

Ladki spoke of how MYCOM’s objective is to continue to shed light on the transformation that is required on the operational side for the operators. He stressed that in order for them to become digital service providers they will need to automate massively and open up their networks with open API’s - and will have to adopt innovative approaches and processes with DevOps in an effort to increase agility into the cloud.

In addition, he confirmed that there is more and more awareness from operators that change is required, and that many are taking proactive steps in a bid to accelerate the change transition that is required. He said that Vodafone UK represented the perfect example of a communication service provider that was embracing digital transformation.

Ladki said, “Some of the operators are really making some bold moves as they want to be the first and many of them are being very proactive in their efforts to make this transition happen. There are cultural barriers that exist of course, but I can confidently say that they are all reshaping their organizations by bringing a lot of external talent from the cloud world and the AI ecosystem. Vodafone in the UK has embraced this digital transformation and has introduced massive automation and all the intelligence behind it is in the public cloud with AWS. This is a message we’re conveying to some of the other operators that we’re working with. We’re telling them that there’s a need to put this intelligence in the cloud as they’ve got to be more agile and scalable. If they want to implement AI at scale then that can only happen in the cloud.”

MYCOM’s President then touched on the success of its SaaS offering in partnership with Amazon Web Services and said that it had greatly resonated with operators on a global scale and the resistance they faced initially had now dissipated.

“We launched a SaaS offering in partnership with Amazon Web Services and we’re already seeing fantastic traction in the market. It gives you great confidence when you see so many global operators adopting it and it tells you that you’re moving in the right direction. The resistance we encountered in the past is no longer there, because operators can see that deployment that used to take 9 months is now only taking a few weeks. The time-to-revenue and the time-to-value are unbelievably reduced. It also gives you the ability to innovate, you can try new things, and if they don’t work you can just scrap them, and then you can reconfigure your resources and can start something new because you’re not bound to this heavy infrastructure, you can take risks.”

He concluded the interview by expressing why he thinks the Telecom Review Leaders’ Summit is the best ICT event in the MENA region.

“It’s very simple, in this region this is the best summit. Toni and his team are doing an incredible job because this event attracts the key decision makers, thought leaders and influencers from the ICT industry in this region and the summit creates the conditions for a very open and rich debate. In addition to this, not only do we get to network and meet our peers in a very friendly environment, but the debates also really set the scene in terms of what is happening in the MENA region. All the shakers and movers are here, so everybody wants to be here at this event.”