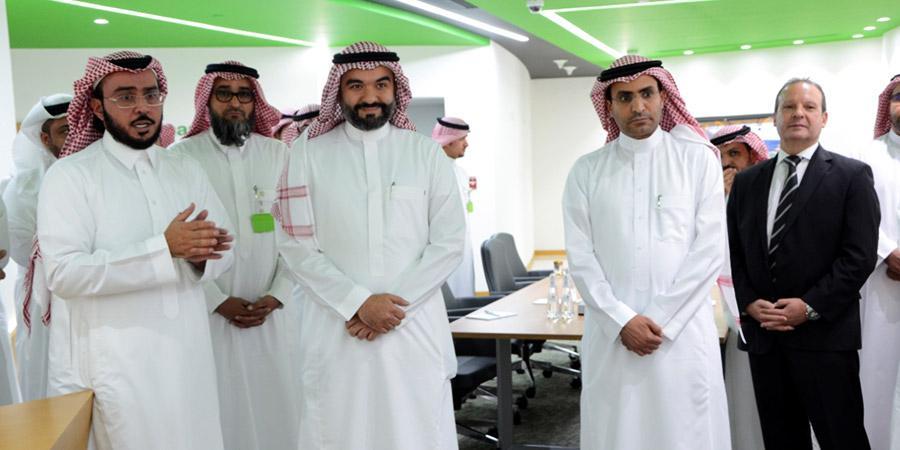 In a move that would encourage Saudi Arabia's telecom sector, His Excellency the Minister of Communications and Information Technology Eng. Abdullah Alswaha recently visited the headquarters of both Zain Saudi Arabia and Etihad Etisalat (Mobily) in Riyadh, where he honored the companies for their efforts during Hajj season.

The 2017 Hajj season was held from August 30 till September 4. During his visit to Zain Saudi Arabia's HQ on September 11, the Minister honored a group of Zain Saudi employees responsible for the Hajj season who successfully contributed to the company's team in the service of guests of Al-Rahman in Mecca and Medina.

Zain Saudi Arabia announced in May that it had deployed Nokia's Multi-access Edge Computing (MEC) platform for the delivery of smart applications to subscribers heading to Mecca for Hajj this year. The new solution enabled Zain subscribers to navigate crowded areas safely.

The CEO of Zain Saudi Arabia, Peter Kaliaropoulos, expressed his thanks and appreciation to His Excellency the Minister of Communications, praising at the same time the effective role played by the Telecommunications Authority in the development and improvement of services for the telecommunications sector in the Kingdom, benefiting the local telecoms companies.

Etihad Etisalat (Mobily) also made exceptional connectivity preparations to cater for the needs of Hajj pilgrims this year. The company said it increased data capacity by 50 percent through 4G in Holy areas to improve data services.

During his visit to Mobily's HQ on September 11, the Communications Minister praised the company for its efforts during the pilgrimage season and for the success it achieved. He said, "I have come to you today with great encouragement and blessing."

Mobily provided a number of socially responsible sponsorships during the pilgrimage season, led by the "Hajj Peace Message" campaign and presented gifts that met the needs of pilgrims such as bags, water and free slides for Qatari pilgrims after the Custodian of the Two Holy Mosques.

The operator provided over 1,300 Wi-Fi access points with a capacity of 2,080 MB per second in the Holy areas of Mina, Arafat, and Muzdalifah. Additionally, the company set up more than 1,000 fixed and mobile communication towers in Mecca and other Holy places.

Mobily, partly owned by UAE's Etisalat Group recently signed an agreement to develop its mobile network in different regions around the Kingdom with Nokia, Huawei and Ericsson. The agreement comes in line with Saudi Vision 2030 and its objectives that focus on developing Saudi Arabia's telecom and IT sector.

"We are working with you to take care of the customer and to be customer first," the Minister said during his visit to Mobily. "We are working with you on plans and strategies established by the vision of the Kingdom of 2030 to be the sector that fundamentally changes the culture and building of society. Qualified people can work on the new digital transformations that will make Saudi Arabia one of the first countries to progress and prosper."

Mobily's Chief Executive, Ahmed Aboudoma, said, "This welcome ceremony was followed by the success of the Hajj season for the telecommunications sector in general and the synergy between the public and private sectors, the support received by companies during the Hajj season by the Ministry of Communications and Information Technology."