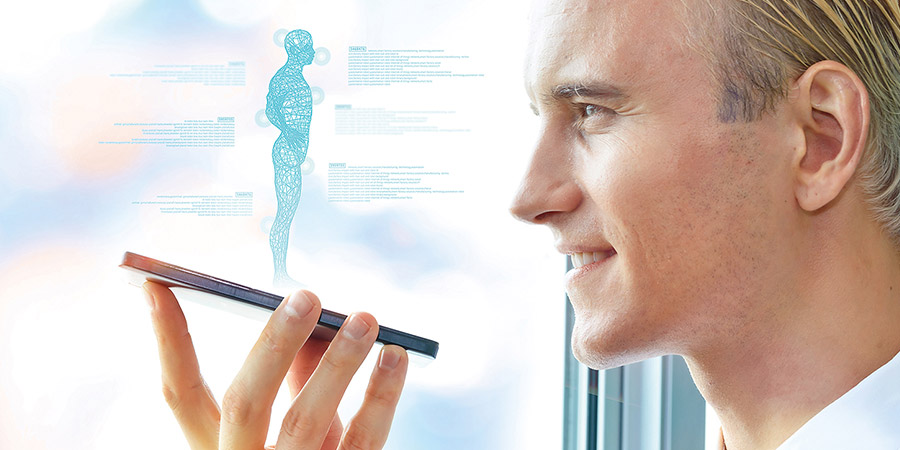 Smartphones are evolving far beyond traditional calling and texting. According to Counterpoint Research, one in three smartphones in 2020 will be embedded with machine learning and artificial intelligence (AI) capabilities at the chipset level. Evidence of this trend can already been seen in Huawei's recently unveiled Mate 10 Series smartphones that are fitted with an AI chipset.

At IFA 2017 in Berlin, Huawei unveiled its vision for the future of artificial intelligence (AI) with the launch of the Kirin 970 AI chipset. Richard Yu, CEO of Huawei Consumer Business Group, said the company is committed to turning smart devices into intelligent devices by building end-to-end capabilities that support coordinated development of chips, devices and the cloud.

Through the Kirin 970, Huawei aims to provide a significantly better user experience for devices, Yu said. The chipset is the "first in a series of new advances that will bring powerful AI features to our devices and take them beyond the competition," Yu added. "As we look to the future of smartphones, we're at the threshold of an exciting new era," he said.

"As we enter the age of intelligence, AI is no longer a virtual concept but something that intertwines with our daily life. AI can enhance user experience, provide valuable services and improve product performance," said Richard Yu, speaking at the launch of the smartphones. "The Huawei Mate 10 Series introduces the first mobile AI-specific neural network processing unit, launching a new era of intelligent smartphones."

Huawei has comfortably established itself in the smartphone market now holding the number three (and sometimes number two) spot behind Samsung and Apple. Huawei actually surpassed Apple in global smartphone sales consistently for June and July, according to Counterpoint. But with the launch of Apple's latest iPhone shipping in November, Huawei could be pushed back into third place.

Apple is a notable contender for AI-capable smartphones with its Bionic system on chip (SoC), which will proliferate across its complete portfolio over the next couple of years, Counterpoint predicts, and drive native AI adoption in smartphones. Its universal adoption of AI-capable SoCs will likely enable Apple to lead the AI-capable chip market through 2020.

In September, Apple announced its ten year anniversary smartphone, the iPhone X. The device features A11 Bionic, which Apple claims is "the most powerful and smartest chip ever in a smartphone". It has a six-core CPU design with two performance cores that are 25 percent faster and four efficiency cores that are 70 percent faster than the previous A10 Fusion model.

"iPhone X is the future of the smartphone," said Philip Schiller, Apple's senior vice president of Worldwide Marketing . "iPhone X enables fluid new user experiences - from unlocking your iPhone with Face ID, to playing immersive AR games, to sharing Animoji in Messages - it is the beginning of the next ten years for iPhone."

Chipset-maker Qualcomm is also playing a significant role in unlocking AI capabilities in its high to mid-tier SoCs within the next few months, Counterpoint predicts. It should be able to catch-up and is expected to be second in the market in terms of volume by 2020, followed by Samsung and Huawei.

In October, Qualcomm announced that it had successfully achieved a 5G data connection on a 5G modem chipset for mobile devices - a major breakthrough for the smartphone industry.

Qualcomm was the first company to announce a 5G modem chipset last year. The ability to progress from a product announcement to functional silicon in twelve months speaks to the company's generational cellular technology leadership - now extending to 5G.

Qualcomm laid out its vision this year for ubiquitous on-device AI complementing cloud AI. In a press release in August, the company said it "envisions a world where AI makes devices, machines, automobiles and things much more intelligent, simplifying and enriching our daily lives."

In 2007, Qualcomm started exploring spiking neuron approaches to machine learning for computer vision and motion control applications, and later expanded the scope of the research to look not just at biologically inspired approaches but artificial neural networks - primarily deep learning.

Fast forward to today, Qualcomm recently announced the acquisition of Scyfer B.V., a company affiliated with University of Amsterdam and focused on cutting-edge machine learning techniques. Scyfer has built AI solutions for companies worldwide and in a number of different industries, such as manufacturing, healthcare and finance.

Qualcomm is focused on the implementation of AI on end devices - smartphones, cars, robotics, and the like - to ensure that processing can be done with or without a network or WiFi connection, the company said. The benefits of on-device AI include immediate response, enhanced reliability, increased privacy protection and efficient use of network bandwidth, Qualcomm said.

Machine learning and artificial intelligence have not made major headway in smartphone applications until the second half of 2017, according to Counterpoint, due to the limited processing power of smartphone CPUs, meaning the user experience would have been hindered.

AI applications require huge amounts of data processing even for a small task. Sending and receiving that information from cloud-based data centers is potentially difficult, time consuming and requires a solid connection, which is not always available. The answer is to have the AI capability on-board the device.

"The initial driver for the rapid adoption of AI in smartphones is the use of facial recognition technology by Apple in its recently launched iPhone X," said Counterpoint Research Director, Jeff Fieldhack. "Face recognition is computationally intensive and if other vendors are to follow Apple's lead, they will need to have similar on-board AI capabilities to enable a smooth user experience."

Apple claims Face ID revolutionizes authentication on iPhone X, using a 'TrueDepth' camera system made up of a dot projector, infrared camera and flood illuminator, and is powered by A11 Bionic to accurately map and recognize a face. These advanced depth-sensing technologies work together to securely unlock the iPhone, enable Apple Pay, and gain access to secure apps and other features.

"With advanced AI capabilities, smartphones will be able to perform a variety of tasks such as processing languages, including real-time translation, and helping users take better photos by intelligently identifying objects and adjusting camera settings accordingly," said Counterpoint Research Director Peter Richardson. "But this is just the start. Machine learning will make smartphones understand user behavior in an unprecedented manner," he predicts.

"Analyzing user behavior patterns, devices will be able to make decisions and perform tasks that will reduce physical interaction time between the user and the device," Richardson added. "Virtual assistants will become smarter by analyzing and learning user behavior, thereby uniquely serving each user according to their needs. This could potentially help virtual assistants take the leap and become a main-stream medium of interaction between the user and device."'

"Overall, we expect AI-capable smartphones to proliferate rapidly at the top-end of the market, but to relatively quickly filter into mid-range devices from the mid to latter part of 2018," said Srivastava. "By 2020, we expect over one third of all smartphones shipping to be natively AI-capable."