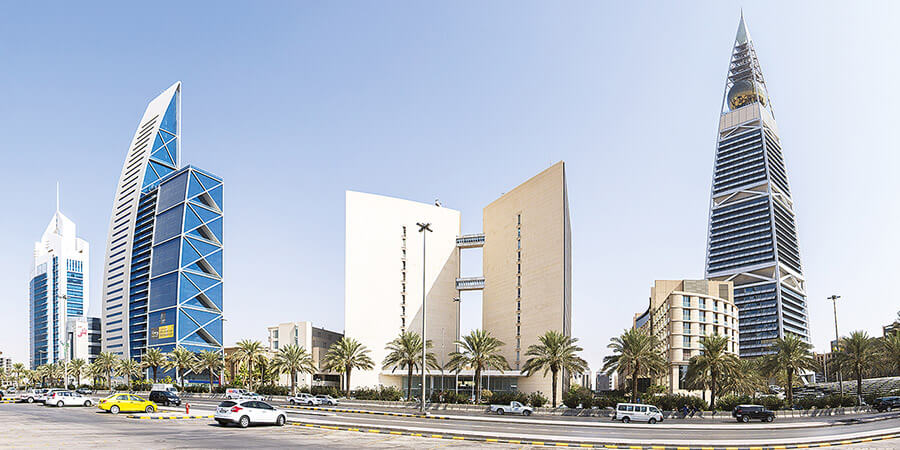 Saudi Arabia, a Kingdom famous for its conservative policies, made the bold move in September 2017 to lift a ban on internet video calling services, following coordination between the Communications and Information Technology Commission (CITC) and local telecom providers to allow apps that provide VoIP. Now, Saudi's telecom providers are feeling the financial pinch.

The Communications and Information Technology Minister in Saudi Arabia, H.E. Eng. Abdullah Alswaha, said the commitment had been confirmed by the cooperating parties to enable internet users in the Kingdom to use applications (such as Skype) to make high quality voice and video calls, under the condition that all applications are reviewed every so often.

"The fruitful cooperation between the Kingdom's telecom partners comes under the umbrella of 'Customer First'," the Minister said following the announcement in September, "a policy which everyone adopts in order to give all telecom subscribers in the Kingdom the best services that meet their expectations and satisfy their needs."

But the outcome of lifting the ban hasn't been positive for all. In its latest financial results, telecom operator Zain Saudi Arabia, a subsidiary of Kuwait's Zain Group, suffered a significant decline in international call revenues, primarily, it said, due to the impact of voice over IP (VoIP) calling being introduced and a lower number of prepaid customers.

The decline was partially mitigated by growth in mobile broadband and growth in enterprise business, Zain Saudi said, but it goes to show that lifting the ban on VoIP in Saudi Arabia hasn't been beneficial for all. In fact, recent reports show that data packages in Saudi Arabia increased by up to 50 percent in the new year.

Makkah Arabic newspaper reported a halt in sales of data cards, especially for 600 and 300 gigabytes and analysts said it was in preparation for increasing the prices. Ibrahim Al-Asheikh, chairman of the Communications and Information Technology Committee at Asharqia Chamber, told the newspaper that the new price increases had no legal support or precedent.

He urged the General Authority for Competition to take necessary steps to ensure fair competition in the Saudi market and "confront the monopoly of a small group who increases prices to unreasonable levels for extending poor internet services."

The operators in Saudi Arabia are simply trying to boost their profits, claims telecom market analyst Nidal Al-Maseeri. In fact, Zain Saudi reported its first full-year net profit for the period ending 31 December 2017. But while this is a milestone for Zain Saudi - reporting its first annual net profit since it began operations in 2008 - the success is lukewarm due to the operator's subscriber base shrinking 24 percent.

Zain Saudi said the introduction of the biometric identification requirement in Saudi Arabia in 2017 - capping the number of prepaid SIMs to two for each unique identity - affected its customer base.

Mobily said the introduction of the fingerprint registration rule led to an "erosion" of its customer base. The requirement was introduced last year by the Communications and Information Technology Commission, who instructed all SIM cards issued in Saudi Arabia to be linked to a fingerprint record held at the National Information Center.

Speculation has since arisen that the introduction of VoIP and fingerprint registration for SIM cards has forced Saudi operators to increase their prices in order to balance their books.

But Saudi regulations do not allow monopoly that harms consumers, noted Sulaiman Al-Amri, former chairman of the lawyers committee at Asharqia. He said the move to increase data prices was unjust, and that it comes "at a time when companies in neighboring countries cut prices for internet services."

Saudi Arabia has previously taken steps to improve customer service and create more transparency in the telecom sector, including the introduction of the quarterly index of complaints filed by subscribers to telecommunications providers.

More initiatives by the Commission are set to unfold in partnership with telecom providers, reports have said, to improve the sector and customer experience, in line with Saudi Vision 2030 - a plan to reduce the Kingdom's dependence on oil, diversify its economy and become a more digital, customer-centric society.

Dr. Ahmed Al-Oudli, also a lawyer, stressed the need to confront price increases in the Saudi telecom market in order to prevent similar hikes in the future. He also called for greater investment in the telecom sector to provide competitive services.

But the drop in consolidated revenues, he added, is mainly attributable to the "decline in consumer sector performance due to challenging economic conditions and regulatory environment, for example, lifting the ban on VoIP that significantly affected the international calls revenue."

Opening up Saudi Arabia to VoIP services was always expected to impact STC, Mobily and Zain, the country's three major telecom providers, as they had exercised control over the market for international calling over the course of the ban. Therefore, some see the hiked up prices for data packages as only natural.

In a release explaining its decision to reverse the VoIP calling ban, which it implemented in 2013, the CITC said the decision comes in line with recent trends in the ICT sector. "The reliance on data revenues (Internet delivery) and added services is the global trend that operators in the Kingdom should take," the Commission said.

Ultimately, the move was about aiming to provide all telecom subscribers in Saudi Arabia the "finest services that meet their aspirations and satisfy their needs."

The question now remains whether the UAE will follow suit. Etisalat and EITC (du), the UAE's two telecommunications providers, announced in early January that access to the VoIP service Skype had been blocked. The UAE's Telecommunications Regulatory Authority (TRA) has said it has no problem with having VoIP in the country as long as it goes through the proper channels.

Hamad Al Mansoori, director general of TRA, said the organization has a framework through which "any company can provide VoIP provided they can agree with the telecom providers of these services." Any person using VoIP services which are not provided by a licensed provider, the TRA says on its website, "may be committing a criminal offence."