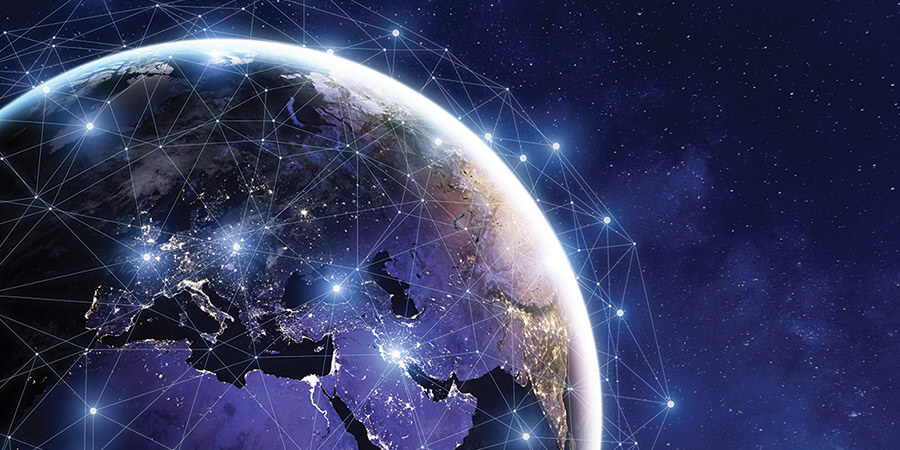 Today's connected world is generating huge amounts of data and it is only the beginning. In the near future, technologies that are now at their early adoption and still undergoing development will produce unimaginable amounts of data that will go through the cloud and subsequently the telecommunications infrastructure. Companies will then face challenges mostly related to providing enough bandwidth. Changing the way they handle data is a must.

5G will allow all devices to be connected to the internet anytime and anywhere. Imagine to what extent this technology will increase data, especially that it will ease access to the internet and will activate the deployment of other technologies that are now ready to use and put on hold until the fifth generation network is commercially deployed and available to consumers.

One example of the huge volume of data generated by technologies today is connected cars. Infotainment systems and in-car WiFi require more bandwidth from the telecom providers in order to function and offer the desired features to the drivers. And it is not only about connected cars but about every device that is basically "connected" and capable of carrying on data through the cloud.

To be able to cope with the increase in data amounts, telecommunications service providers need high performance hardware and infrastructure to support all tasks that will insure the speeds that are necessary to carry the flow the data. Capable hardware is characterized by high performance processing ability where the device can easily switch processing functions - an advantage that FPGAs (field programmable gate arrays) provide. FPGAs are semiconductor chips that are designed to perform specialized computations at extremely high speeds. They can be used to accelerate processes to speeds more rapid than a CPU can perform them, boosting the overall performance of the telecommunications device.

In addition to high performance processing, other measures can help telecom providers embrace the data invasion. Processing can be made on the edge device that generates the data. An article on this matter published by Forbes Insights gives the example of a smart thermostat to explain how processing is being done on the edge device that creates the data. A smart thermostat monitors the temperature but would only act to control the heating or cooling system when target temperatures are reached.

Moreover, an important step is the aggregation of data. The total data of an operation can be transmitted instead of transmitting the data of each step of the operation. Results can be aggregated and sent all at once in a summary that reports all the details including the specific variables that were taken into consideration when gathering the data. This will be facilitate the processing and analysis of data, thus helping in handling the huge amounts of data generated.

Edge datacenters can also be very helpful when it comes to managing the flow of data. Those data centers are located near the devices that are generating data. The factor of proximity actually accelerates the processing of data and allows the device to respond in milliseconds, thus maximizing its performance. Edge datacenters are enabled by high speed CPUs, FPGAs and other low energy devices that boost their performance level.

The use of high performance hardware and improved infrastructure will allow telecom providers to handle the amounts of data that will be generated in the future.  Soon, everything will be equipped with sensors and connected to the internet which means everything will generate data. Whether cars, home appliances, cameras, etc., a huge amount of data will be created. In the future, every house will have a smart doorbell equipped with a facial recognition feature that can capture the visitor's face and share it with the owners. All roads will be equipped with intelligent security cameras and road safety systems that will generate data by the minute. IoT won't be an emerging technology but the foundation of every system. That is why, telecom providers are invited to start managing the flow of data as of this moment.

However, before thinking about how to handle the exponential increase of data, it is important to look into the fact that the way data is used will determine the success of the IoT market. "We are extracting data from everywhere around us, and it will only be a success if we take care of it," Sigfox co-founder Ludovic Le Moan said. "If you take data from sensors at a higher cost than its own value you are killing the market. By getting the right technology, whatever it is, to create a differential between the core value of data and the cost of extraction, multiplied by billions and billions of data, you create a big industry and a big economy."

According to Le Moan, IoT was "not a question of technology" and the market will only truly thrive if the data extracted from connected devices is used in the smartest and most cost-efficient way. Data is the keyword here and it all revolves around how to use it, how to protect it and how to handle its increasing volumes.