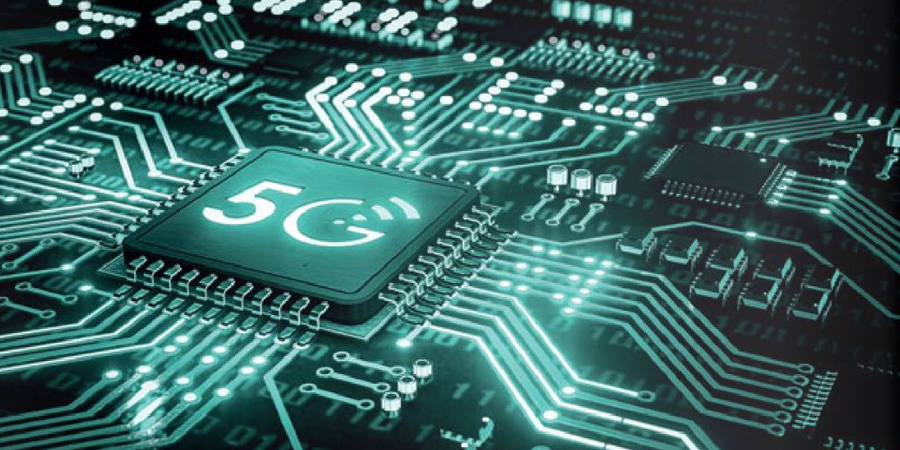 The increased amount of interconnected devices along with smartphone and internet consumers has caused a spike in demand for wireless infrastructure. This demand and need gave way for 5G technology.

Fifth generation technology is a step up from the current (4G) mobile network which expands broadband wireless services to internet of things (IoT) and offers ultra-low latency, greater bandwidth and high throughput. 5G will advance emerging technologies to a level which we have not experienced before such as robotics, augmented reality (AR), virtual reality (VR), IoT, and of course, artificial intelligence (AI). It will facilitate the interconnection of new industries at a relatively lower cost whilst both maintain and enhancing efficiency. 5G will affect many industries and may well change the ways in which we consume products and services; it is believed that it will transform retail, education, healthcare, automotive and manufacturing, and the list goes on.

In fact, according to the ITU, 70% of the total global youth - aged between 15 and 24 - have access to the internet and in developed countries, 90% of the young population are internet users. The rate of mobile broadband subscriptions grew by more than 20% annually throughout the last six years. Globally, it reached 4.3 billion by 2017.

This demand for higher internet speeds and the impending rollout of 5G makes way for the 5G chipset industry to grow exponentially. It is expected that there will be a growth in demand when it comes to 5G chipsets due to the increase in automated devices such as autonomous cars, drones and other smart devices as they require low latency in order to ensure it functions efficiently in real time. Such devices require high performance microprocessor systems, which is essentially what gave way for the introduction of 5G chipsets.

Indeed, 5G networks require high frequencies to be able to operate, ranging between 6GHz to 100 GHz. However, since 5G networks operate in different frequency spectrums, spectrum harmonization can be a challenge and could potentially slow down the growth of the market. 5G deployment is quite costly due to the need to deploy multiple low power basestations to meet the increasing demand for high network capacity. Many industry experts have speculated that this may restrict the growth of the 5G chipset market in the short run. Nonetheless, the integration of 5G services with satellites and the rise in partnerships with system integrators could enable immense growth opportunities for the market.

Some of the key market trends here are evident in the automation industry and between the chipmakers themselves.

With the nature of our current technology ecosystem and the demands that come with it, shorter products and business lifecycles continue to become greater threats to even the key players in this industry. For instance, the manufacturing industry has been under a great deal of pressure due to these factors. Also, the amalgamation of IoT and 5G is expected to enhance these issues especially when it comes to industrial automation. This means that manufacturers will have to transform their businesses through the use of emerging technologies in order to create smart factories. These smart factories are expected to have many sensors to monitor work environments and 5G will enable them to deal with the production-related challenges in a more efficient manner. Moreover, this has created a great opportunity for chipmakers to invest in these devices.

Constant innovations of products and the launching of new products are some strategies that have been used within the 5G chipset market. It helps companies enhance their brand image and puts them in a favorable position with regards to competition.

This market is extremely competitive as they all have equally high R&D proficiencies and effective competitive strategies and due to these factors, the market is highly fragmented.

Indeed, to give themselves a more competitive edge, many chipmakers have devised partnerships with telecom operators.

There has been a two-year-long battle between Apple and Qualcomm over chipsets which resulted in Apple having to pay a fine to Qualcomm, along with a six year agreement with a key condition of the agreement being that they would have to use Qualcomm chips. In addition to this, since 2017, Intel was supplying the iPhone with modem chips and is currently developing 5G chips for the company’s devices. However, a few hours after the release of Apple and Qualcomm’s agreement, Intel announced its withdrawal from the 5G chip market for smartphones. Intel plans to proceed with its investments in 5G but in other product areas. Bob Swan, CEO of Intel, stated that the unforeseen settlement between Apple and Qualcomm caused them to withdraw from the competition and evaluate whether or not they should sell 5G mobile modem services. Intel attempted to negotiate with Apple over the acquisition on part of its smartphone modem chip and the deal failed to go through. This put Huawei and Qualcomm in the spotlight, which has essentially set them apart from their competitors.

This put Huawei in a favorable position although its 5G modem chip can only be used on its own phones, it is believed that it will become Qualcomm’s main competitor. It has also been speculated that Huawei’s Balong 5000 chip is more advanced than Qualcomm’s.

Qualcomm’s X55 chip was released at MWC Barcelona back in February this year and will be officially available by the end of 2019 or beginning of 2020. Another one of its major competitors in terms of 5G component tech, is Samsung Electronics. However, the chips produced by Samsung can only be used on Samsung smartphones.

In terms of communication chips, Qualcomm dominates the market. In fact, half of the chips in global smartphones are provided by Qualcomm. The latter also provides Huawei with modem chips for some of its smartphones such as the “Honor” product line and they also provide the modem chips for Huawei’s Windows platform notebooks. However, Qualcomm and Huawei are still competitors. HiSilicon is a subsidiary of Huawei which designs communications and processor chips, however it is only used by Huawei itself internally.

Founder and CEO of Huawei, Ren Zhengfei, stated that while Huawei chips were not sold in the past, its independent 5G chips could be sold to Original Equipment Manufacturers.

Also, it has been rumored that Huawei was planning to sell its chips to its other competitors such as Apple, however in recent months, the US government has made it increasingly difficult for the tech giant to reach any sort of agreement, especially with American companies such as Apple.

“It is already obvious that Huawei cannot sell 5G infrastructure and equipment to the US market. But what we don’t know is whether manufacturers that already sell mobile phones in the US market can use Huawei’s chipset. This may be possible, but it is dangerous among the manufacturers that have sold smartphones in the US market. Which one will consider Huawei’s chipset? Samsung Electronics? LG? OnePlus? The most significant is Apple, and this seems impossible,” said president and chief analyst of Feibus Tech, Mark Fibers.