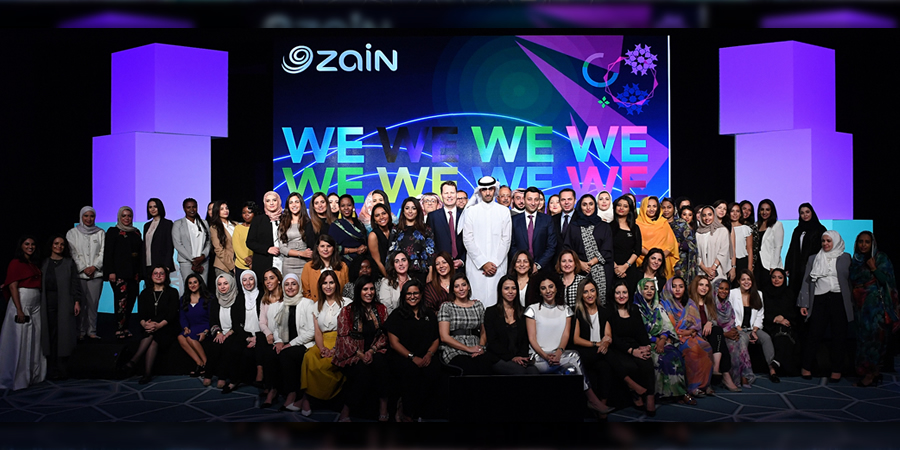 Today’s world needs a diverse generation of business leaders, disruptive thinkers, and creative activists able to drive change and make a lasting impact. The talent-driven economy is gaining momentum and organizations in the MENA region are embracing open and transparent cultures at work that can help shape their future leaders.

According to the World Bank, just 25% of women in Lebanon are currently employed. Although they enjoy much higher academic achievement, they remain underrepresented in the workforce, specifically in areas of science, technology and engineering. The truth of the matter is this has led Lebanon to be ranked 140th out of 149 countries in the 2018 Global Gender Gap Index.

Increasing female employment and supporting women’s economic participation is essential to boosting the country’s GDP and economic diversification. To fully achieve empowerment and a nation built on gender equality, Lebanon has been making efforts to achieve the UN’s 2030 Agenda for Sustainable Development Goals (SDGs) Goal 5 for Gender Equality.

In 2017, Zain Group, a leading mobile telecom innovator in the MENA region who manages the touch network on behalf of the Lebanon Telecom Ministry, launched its Women Empowerment (WE) initiative aimed at achieving gender equality and empowering women in the organization to act, lead, develop and succeed.

This impressive initiative has been driven by the vice-chairman and CEO of Zain Group and chairman of touch Lebanon, Bader Al-Kharafi, who pointed to the fact that women accounted for less than 25% of Zain’s workforce and females occupying leadership roles was only 14.5%.  This raised a red flag that needed improvement, a situation that led him to conclude that decisive action and transformation within was urgently needed to be taken in this area.

WE’s objective is to focus on promoting gender diversity and uplifting women in the workplace. Given women in the MENA region represent the highest ratio of university degrees; however, unfortunately, this doesn’t translate in the workforce, Bader Al-Kharafi believes they can make a significant contribution to Zain’s future sustainability.

Zain set out to make women empowerment a priority by adopting a gender diversity mindset in the workplace built on four key pillars: HR policy transformation; leadership development, culture transformation and increasing female recruitment. With these goals in mind, Zain identified two targets to achieve in the coming two years:

To deliver on these targets, a team of inspiring women ambassadors was formed from Zain Group’s eight operating countries to drive the change. These women have the chance to discuss Zain’s vision for promoting women equality in the workforce, as well as planning diversity and sustainable change in the business.

In a single year, the WE program achieved numerous accomplishments. Main results in less than one year include, but are not limited to:

Zain WE Program at touch

Inspired by how talented each woman is and by how much she can achieve given the right support, touch introduced the WE action plan internally in 2017, in line with Zain Group.

Stemming from its belief that women play a vital role in the workplace and that their active role is a key business driver, touch has created a corporate culture and open atmosphere where all employees have equal opportunities and a chance to become senior leaders.

Touch enjoys positive momentum with respect to diversity and inclusion given 45% of its executive management is female, and the overall female leadership percentage currently stands at 25%. However, the company’s target is to increase this average to 31% by 2020, while the total number of female employees represents 35% of touch’s workforce.

In 2017, the company selected nine female members of staff drawn from each of touch’s departments to become “touch women empowerment ambassadors”. This is a platform for the participants to work towards objectives based on championing gender diversity, female entrepreneurship and women in education.

The WE ambassadors and touch management visited the president of the National Commission for Lebanese Women, Claudine Roukoz, where they shared Zain Group’s two-year strategy on gender diversity and inclusion in the workplace.

The nine ambassadors were also given the opportunity to represent touch at all trainings and workshops organized by Zain. In February 2019, the embassador participated in the WE workshop hosted by Zain for the first time in Lebanon, showcasing the progress and achievements of the program, future plans and strategy, as well as highlighting how the efforts being undertaken across Zain operating countries are closely aligned with the UN’s Women Empowerment guidelines. More than 50 female attendees were present, coming from Bahrain, Iraq, Jordan, Kuwait, Saudi Arabia, Sudan, South Sudan and Oman to experience the best of the event.

The workshop focused on skill building by helping the female ambassadors understand and develop their leadership style. Participants also reviewed the 2019 action plans while focusing on embedding the program’s initiatives within the organization; supporting women to reach the next level of leadership in their careers; and preparing a talent pool of females.

In line with the WE program, touch provided flexible working hours for nursing mothers up to the first year after the baby is born and a nursing room within its premises.

During the year, touch reached its target to grow female leadership to 25% and increased applications from female interns to 50% of the total.

Touch has also benefited from the Zain Group ESADE Business School MBA where one of the two talented women that were selected to enroll in the MBA was from touch.

The WE program’s objective has evolved to promote gender diversity and inclusivity, as well as to improve and develop opportunities for women that will help them grow and succeed in their careers. In this context, Al Kharafi made a significant regional first announcement upon which he assigned a chief inclusion and diversity officer (CIDO) to drive new empowerment initiatives that define, enhance and continue to cultivate an environment of inclusiveness and equal opportunities in which Zain personnel across all operations may work productively and thrive. The CIDO will also continue to empower youth and women.

Increasing women’s leadership roles can create larger business opportunities and economic growth. In fact, McKinsey, the management consultancy, estimates that if women’s participation in the workforce is equal to that of men in the MENA, the region could generate US$2.7 trillion in GDP by 2025. More women entering the workforce create a unique dynamic in every organization.

At touch, the goal in 2019 is to support gender diversity as this is one of the keys to establishing a competitive advantage, fast tracking goals and unlocking tremendous growth opportunities in the digital space. This ambition goes hand-in-hand with having a high percentage of touch management being females.